Kurt Galalah woke up bright and early last weekend to attend the massive Cairo Runners' Half Marathon and discovered a celebration of fitness and a lot more... 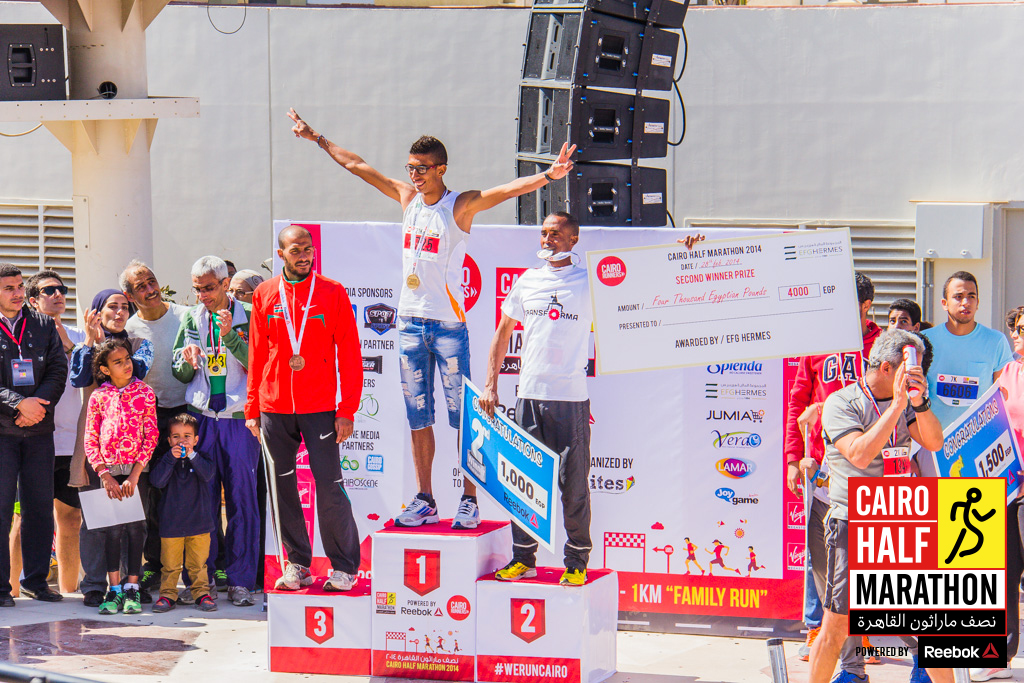 So, you finally decide it’s time to make a change and march towards a healthy routine. You go online, Google “healthy routine,” and are flooded with more fitness and diet plans than you can possibly imagine. Experts from all over the world will queue up to tell you what to do, when to do it, why to do it, and how to do it. It can be pretty scary.

Although experts are important, sometimes it’s better to connect with real people, people just like you, who have started (or are trying to start, in my case) their own healthy journey. So last Friday, I braved it up and hit Cairo Runners’ #CairoHalfMarathon to start a new era of me. A new, healthy, fit Brad-Pitt-body-esque era. Before I went, all I knew (or thought) about Cairo Runners is that it was a bunch of people running around the capital trying lose a bit of weight (which essentially what I was looking for). But no, it wasn’t a bunch of people, it was thousands and thousands - four thousand to be precise. In other words, a freaking stampede of people that just wouldn’t end. I saw friends strolling around, couples running while holding hands (awww), mums and dads with their kids… even foreigners who couldn't speak Arabic whatsoever were there. Real people. It was so inspiring... But not inspiring enough for me to ignore the booths that were there giving out free drinks and food.

I arrived at Cairo Festival City at 6:38 AM, just in time to pick up my number and head to the stage area. It was massive; thousands of people were warming up and getting ready (by that point I’d already found my free food and drinks so I just served as a spectator, happily munching away). After the warm-up, the 21K runners headed to the start line and waited for the man to fire his gun (toy-gun, I might add). “FIVE, FOUR, THREE, TWO, ONE!” The gun fired, the race began, and everyone sprinted off with all they’ve got. 10 seconds later, you couldn’t see anyone, until the (somewhat less fit but not nearly as unfit as myself) 7K and 1K runners took off, to raise money for Ashanak Ya Balady, who were awarded with 50% of the proceeds.

I waited for a good two hours until I thought that clearly, no one had survived this marathon and the finish line wouldn’t be touched... Until a figure appeared in the distance and came running towards the line faster than I had ever run towards any (free) food in my life. The tape wasn’t there anymore, confetti was everywhere, and we had a winner. Soon afterwards, more people started to show up and I walked up to one of them and asked them how they felt. Alaa, who ran the 21K told me, “After the race, I felt amazing. I wasn't tired, I wasn't sore. I could have kept running. I even wanted to go back and run with some of my fellow runners who were struggling to finish.” I almost felt guilty and that I missed out on something just because I was so easily lured by food.

Everyone then went back to the stage, where the celebrations began with the beautifully organised parkour team EGYFLOW, who took control of the stage and owned it with their crazy dance moves that got everyone on their feet (where did they get the energy?!). I thought it couldn’t get any crazier until I heard people screaming (the good kind of screaming) and marching towards this figure, trying to take selfies with it. 'It' was a tired Bassem Youssef who had just finished the race. Insensitive me didn’t even think - I just ran and joined the crowd of people sprinting towards their selfie dream. Sorry Bassem. He got on the stage later and I thought this was going to turn into another Al-Bernameg episode, which I love, but I came here to escape our country’s politics, at least for a bit, just like everyone else. That is, until he took the microphone and surprised us all. “I didn’t come here today to talk about politics, I actually came to encourage people to lead a better lifestyle, a healthy one.”

He told everyone about becoming vegan and the weight he lost and how happy it made him feel about himself. I won’t even lie, despite my eternal love of food which comes from animals (who could resist pizza?), I even had (gasp!) thoughts about turning vegan that day.

Last but not least, the enigmatic Like Jelly took the stage with their twisted humour in a theatrical musical that made me smile, wave my hands in the air and want to hug the person next to me. Even though I did no running, and plenty of eating, the day couldn’t have ended better.