Have You Seen Hermes the Cat?

When we clicked on a site called LostPetsEgypt.com we did not expect to find literally the coolest cat we've ever seen... 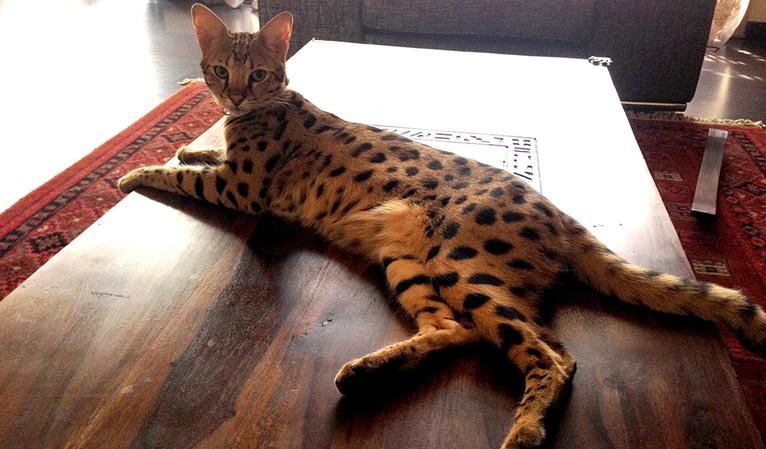 Scrolling through Facebook we found a post for the website LostPetsEgypt.com. A website which allows people to list their lost pets to everyone on the internet instead of just pinning a leaflet to a tree. OR SO WE THOUGHT. That would make sense right? You would think LostPetsEgypt.com was a hub for many pet owners to upload details of their little fluffies so that they may somehow find their way back home. No, this is not the case at all. Instead, one man had the hubris to create the URL LostPetsEgypt.com for just one pet, and the pet, is possibly the most absurd cat you've ever seen (or not seen; it is lost after all) called Hermes. Hermes is a Savannah cat imported from the US, a very rare breed that essentially looks like a mini leopard and it takes years on a waiting list to get one. Hermes recently went missing in 6th October and the website hosts a gallery boasting the brilliance of the cat.

Now the first thing we noticed about Hermes the cat is he knows how to ride a bicycle which, it seems, would be the perfect getaway vehicle for his disappearance.

Here's Hermes with a toy mouse, in front of African figurines.

Hermes having an existential crisis following another loveless romp with a lesser breed that may have led to his disillusioned exit from domestication.

For more pictures of Hermes and to contact the owner if you have seen a depressed little tiger riding around Medan Juhayna on a bike asking for directions visit www.lostpetsegypt.com