Hippies in Sinai Freak Out

Conor Sheils spent three days partying at the Desert Dance festival in Sinai, raving to psytrance and having an all around good time... 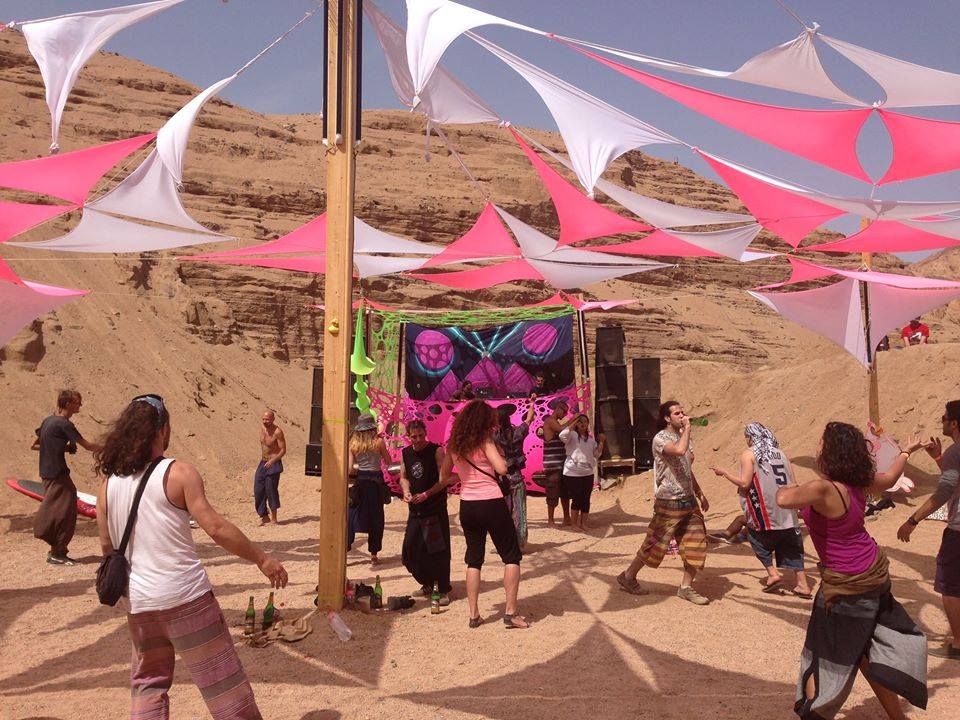 Five months ago when I first heard about the Desert Dance festival I wasn't quite sure what to expect. However, as the months passed I grew more and more excited about experiencing a genuine hippie/freak fest right here in Egypt. Despite the nine hour bus journey, I eventually arrived in Sinai (relatively) bright-eyed and bushy tailed.

Upon arrival at the festival site a few moments from Dahab, my friends and I were immediately greeted by Jannik, one of the festival's organisers and welcomed inside. This welcome wasn't part of some sort of media press junket (oddly, I wasn't joined by many of Egypt's mainstream media publications at a psy-trance festival in the Sinai desert) - Jannik was genuinely standing at the gate welcoming each and every one of the attendees to the party - no VIP areas here. This move pretty much set the tone for the entire weekend where the event felt less like a music festival and more like a big house party or perhaps a wedding, where everybody - by the end - knew each other in some way, shape or form.

In all honesty, my expectations were low before reaching the festival, having been to similar 'festivals' in the UK (festival usually meaning a stage and two or three ramshackle tents in a corner). However Desert Dance not only exceeded my expectations but left me feeling pretty damn impressed. The team had thought of everything from a well-stocked bar (never ran out of water...in the desert!), to semi-healthy food (Shawerma - but with veggies) and plenty of chill-out space for people who had overdone it in one way or another. There was also a fully equiped camping area hidden away from the masses - allowing for plenty of quiet time as the weekend progressed.

The vibe was something I'd never seen in Egypt before - friendly, happy people from Palestine, Israel, Germany, the UK, Ireland, The Netherlands, Sinai - oh, and Egypt - all getting along. Think musical instruments, crossing cultural barriers and just generally hanging out. Of course the festival wasn't just a playdate for hippies - there was the small matter of music too. Personally I've rarely heard so many styles and genres of psytrance covered - much like the rest of the festival, all tastes were included and nobody was left out. DJs from Egypt, Sinai, Germany, Israel, Palestine and whole host of other places took to the decks to wow the crowd with the relentless rhythms of pounding psytrance.

By the end of the first night (for me, this was around 9 AM on Saturday morning) - my bones were aching thanks to hours of endless dancing and I'd met people from across the globe. There are few experiences which compare with watching the sun rise over a Sinai Wadi while hundreds of brightly coloured revellers party, hula hoop and juggle at your feet. The party continued (psytrance by night - cool chillout by day) almost continuously until Sunday evening, and the dancefloor - despite the daytime heat - remained busy throughout - a testament to the excellent DJ skills on show. By the time Sunday night came everybody was happy to sit around the camp fire (again, including the organisers), chill out, have a beer and discuss the weekend's antics.

Overall I left the festival feeling positive, with a bucket load of memories, Facebook contacts and smiles. It was refreshing to see a three-day party take place without a hint of trouble, bad feeling or a ridiculous minimum charge (200 LE for a weekend ticket - take note Cairo venues). Desert Dance truly was the party that catered to everybody. All were welcome and nobody left without a smile. Bravo! 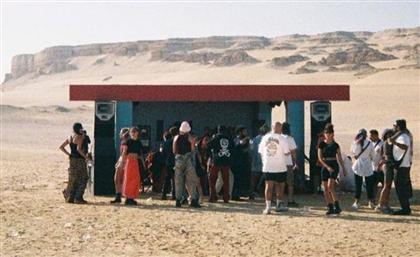 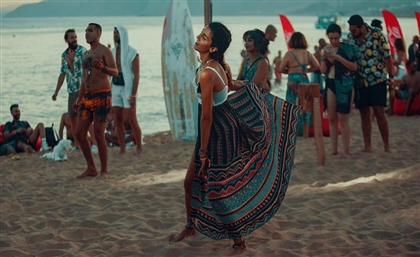 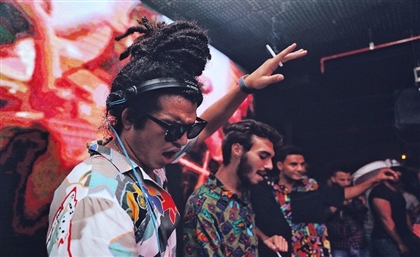