How (Not) to Eat Airport Sushi

A metaphysical journey through mind and belly as Timmy Mowafi gets caught between a roll and a hard place at CAI... 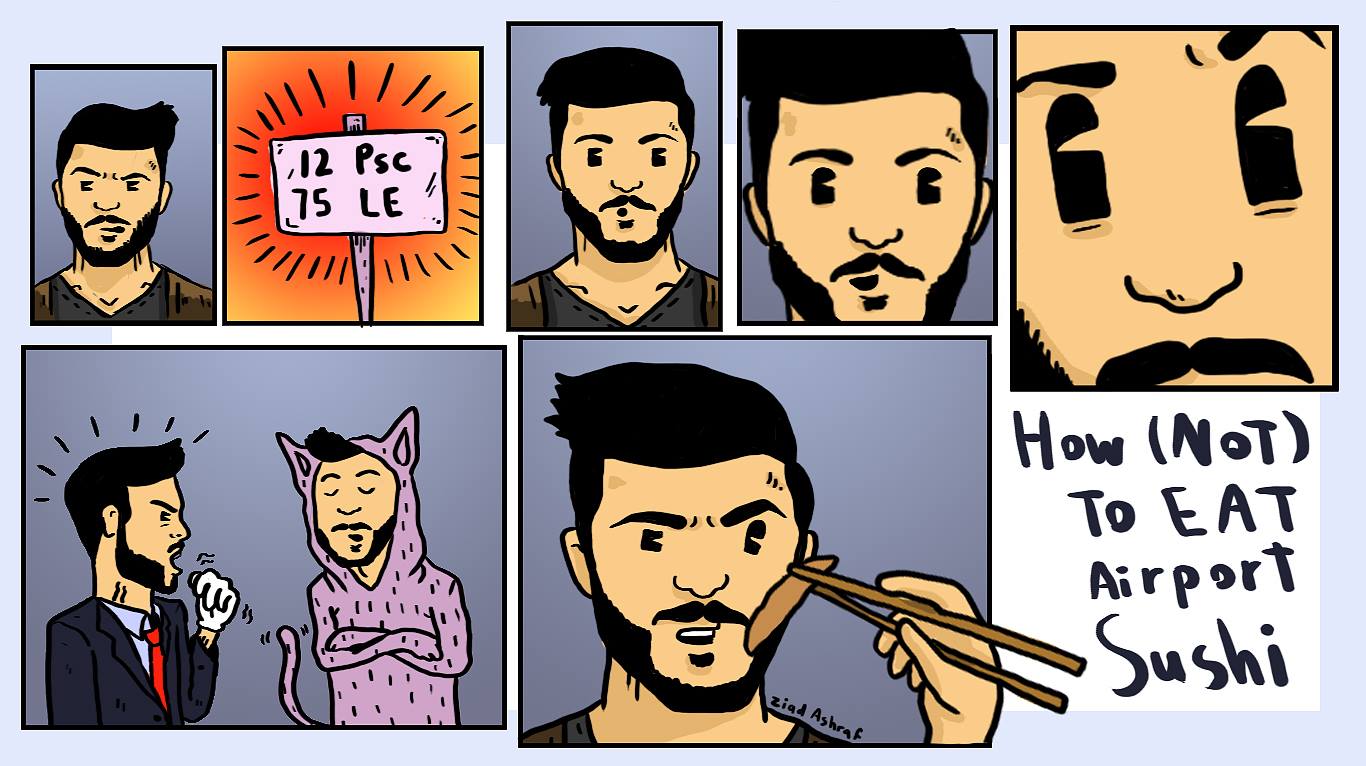 It’s one hour before boarding time. Terminal 3, Cairo Airport. I am high, I have already eaten and yet, with Egyptian currency in my pocket to waste and nothing else to do but to contemplate an Olympic style Cameroonian asylum escape at my eventual destination, I will eat again. For what else is there to do at an airport but to eat?

It’s 3 AM, that purgatory between Burger King closing and “fresh” sandwiches still being made at the “bakery.” Something possibly edible catches my eye in the deli counter. A laminated sign shimmers behind the transparent dome. 12 Psc 75 LE.

This is also the point in which my brain splits into two. The logical and the imaginative dopy retard. The two sides I imagine are sat across from each other in a police interrogation room. Dopy retard sits with a lazy nonchalance, licking his lips. Airport sushi sits on the table in between them. The logical brain chimes away sternly.

“You realise this has probably been here for weeks? The point of sushi is that it’s fresh!”

“Do you realise how hungry I am?”

“Look man, chill, they wouldn’t serve it if it was poisonous.”

“This is Cairo. Yes they would.”

“All these little fish died for what? To spend days in here with droves of people looking at them in disgust or bawling at their price? No! They should have a proper burial, in my belly.”

“This is for your own good! Just wait…"

It’s too late, dopy retarded has already won. Logical brain is giving him a beating in the corner of the room as I bring the first piece of salmon sushi towards my lips.

“Just look at it, it’s not even pink - it’s a weird shade of vomit orange and grey.”

“I will not discriminate!” Retard brain shouts back, grappling the chopsticks.

I take a bite. My pupils distend, a shiver runs down my spine. I feel a crunch and then a gush and then somehow that feeling you get when your dog licks you on the mouth when you didn’t want it to, and then a strange tingle in my esophagus.

People talk a lot about airplane food... they never talk about airport food. It is the most foul, disgusting piece of shit I have ever tasted in my life. I regret being born.

I cannot let logic win this.

Five minutes more of grappling and two more pieces of sushi later, and retard brain is done, battered and bleeding in the corner, logic panting for breath on top of him. Retard brain collects himself, rests against the wall and mutters…

“How about we try the pizza?”

“Fuck You.” Logic leaves the room.

I get up from my seat at the airport café and go over to wear three quarters of an over-sized margherita still out from the day before lays ominously at a different counter. "Excuse me dear sir, shaping dough with one hand, cigarette in the other, I’ll take one slice of pizza please!"

I sit my pizza down next to my left over, left over sushi.

The airport pizza and airport sushi meet somewhere in my belly.

They are sat across the table from each other, staring. The pizza, mangled and dripping with oil. The sushi, sloppy and bulging out of its seaweed dress. They’re filthy. Next they’re violently and intimately going at each other on top of the table. They’ve consummated, and I spend the next 10 hours constipated.

The end. No moral of the story.

Korea? Vietnam? Japan? You can pretend to travel to all of them without leaving [...] 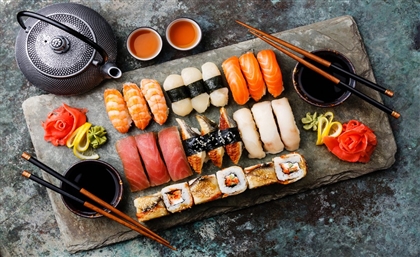 Calling all sushi fanatics because Egypt’s very own fish market - Crazy Tuna - is [...] 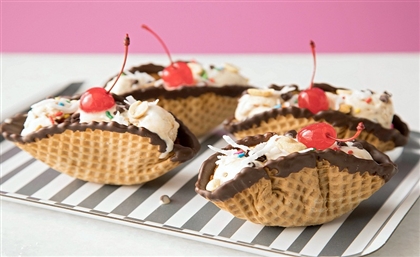 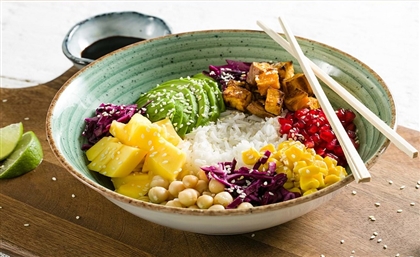 You get a bowl of dry ice with your meal. We love the antics. [...]
Week Month Year