How (Not) to Have a House Party

It was Spring Break and Egypt went wild for six consecutive nights but all the hosting skills in the world couldn't have saved Timmy Mowafi's early morning after party... 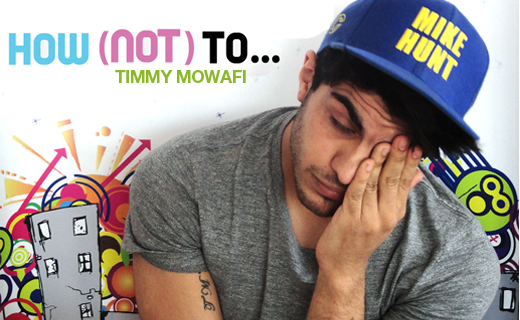 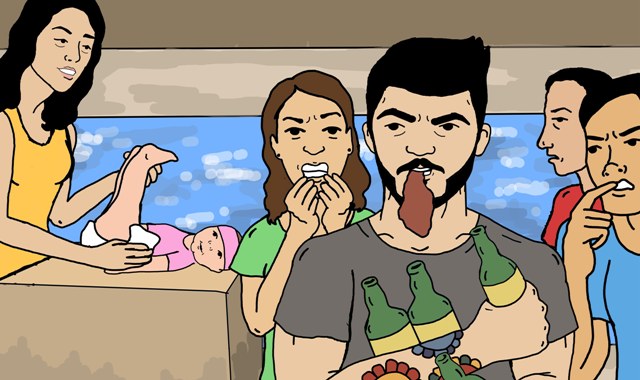 I heard that nothing good happens after 3 AM. Therefore, before I go out at night, I like to swap the PM and AM on my Blackberry’s clock. Problem solved. It was a reasonable 7 PM then, when the party I was at finished and I thought it a good idea to bring a couple of friends plus the lovely girl I was chilling with back to the villa in which my family resided for Easter holidays. Daft Punk’s new release was playing in my head… “She's up all night 'til the sun, I'm up all night to get some, she’s up all night for good fun, I'm up all night to get lucky!” Brilliant, right? No. It’s an unfinished manual for after parties; a false sense of cheerfulness playing only on the surface of conscience thinking, merely revealing the fluffy, happy ambitious side of the story. Fuck you, Daft Punk. Clearly the glare on your gay platinum helmets have distorted your vision. Then again, all the robotic vocoder effects in the world wouldn’t make a hit out of a hook like “Oh shit! This is a really bad idea! Please stop shouting at my friends!”

It started off pretty much as I hoped with the girl, a few close friends and I arriving just as the sun was coming up on a beautiful Gouna skyline above the beach lagoon. There were immediately some swimming pool frolics, the snooker table was out and some chill tunes vibrated from my laptop’s USB subwoofer. It was all a delightful juxtaposition to the usual after parties that transpire in Cairo which consist of five to six guys, ages ranging from 20 to 46, wearing sunglasses in a dark room dancing (twitching) to one Deep House song on repeat. If you’re lucky, there may be a girl as well but she’s probably passed out.

Safe in the knowledge that I am the best host in the world, I went inside the villa with the girl… to play some Monopoly. We never really got passed GO and I was as equally blue balled as the Daft Punk song. I come out after about 20 minutes to find my quaint little afteraya was fast turning into a khabtaya.

Out of nowhere my guests had multiplied by 10; a guy walks in with massive speakers, the patio table looks like a scene from Scarface and there’s already the customary girl passed out in the corner. These people weren’t here for pool frolics, to watch the sunrise or just to hang out. No. They want alcohol, drugs or khabt music, in no particular order, preferably all three, and they want it now.

Surely, at this point, I should be thinking: my dear mama and papa are resting upstairs and genuinely frown upon haram things, my sister and her baby are finally asleep, as is my brother and his jet lagged girlfriend. Maybe I should wrap this up? Instead, despite the fact that I don’t know half of these people, and the part of me that went to private schools in the south of England looks down on them from an ostentatious ivory tower, I’m eager to please and feel an incredible pressure to make everyone comfortable.

I check the fridge; I have four beers and some basterma. It’ll have to do. I bring out the beers, with a cut of basterma in my mouth, to the now-agitated faces that twitched before me. I keep desperately turning down the volume and no one knows why exactly, as awkwardness ripples through the air. One guest wanders out of my eldest brother’s room nonchalantly with a snooker cue. My brother and his girlfriend wake up bemused and stagger outside, bleary-eyed. He laughs and gives me a “Yup, you’re fucked!” look and heads back to his room for plausible deniability. Then, just on cue, my mother calls my name as the Deep House track begins for the third time. “TIMMMEEY” – the kind of yell that’s been sending shivers down my spine since I was nine years old. My sister, having awoken too, decided it wasn’t enough to just ask me to make the ‘guests’ leave. She had to embarrass me and everyone there, deciding to come outside with her baby, in the midst of the khabatya and pretend to breast feed.

The ripple of awkwardness became a wave as guests sat confused, paranoid and anxious to leave. Perfect, I think. A pretty awkward but an understandable turn of events that means I don’t have to kick anyone out myself, right? Nope. Instead, for no reason other than pointless self-righteousness, I decide to fight for my right to a party I didn’t want in the first place. I told them that my sister was messing with me and they should carry on as they were. My sister takes it up a notch by changing the baby’s diaper out in the open; I retaliate by turning the volume up. It’s pretty obvious at this moment that the guests want to leave and I’m basically forcing them to stay and no one knows whether I’m punishing them, myself or my sister. A joint is then rolled by someone; my sister loses it with her over dramatic junkie rant and the wave of awkwardness turns into a tsunami, washing away all the guests with it, leaving me shipwrecked.