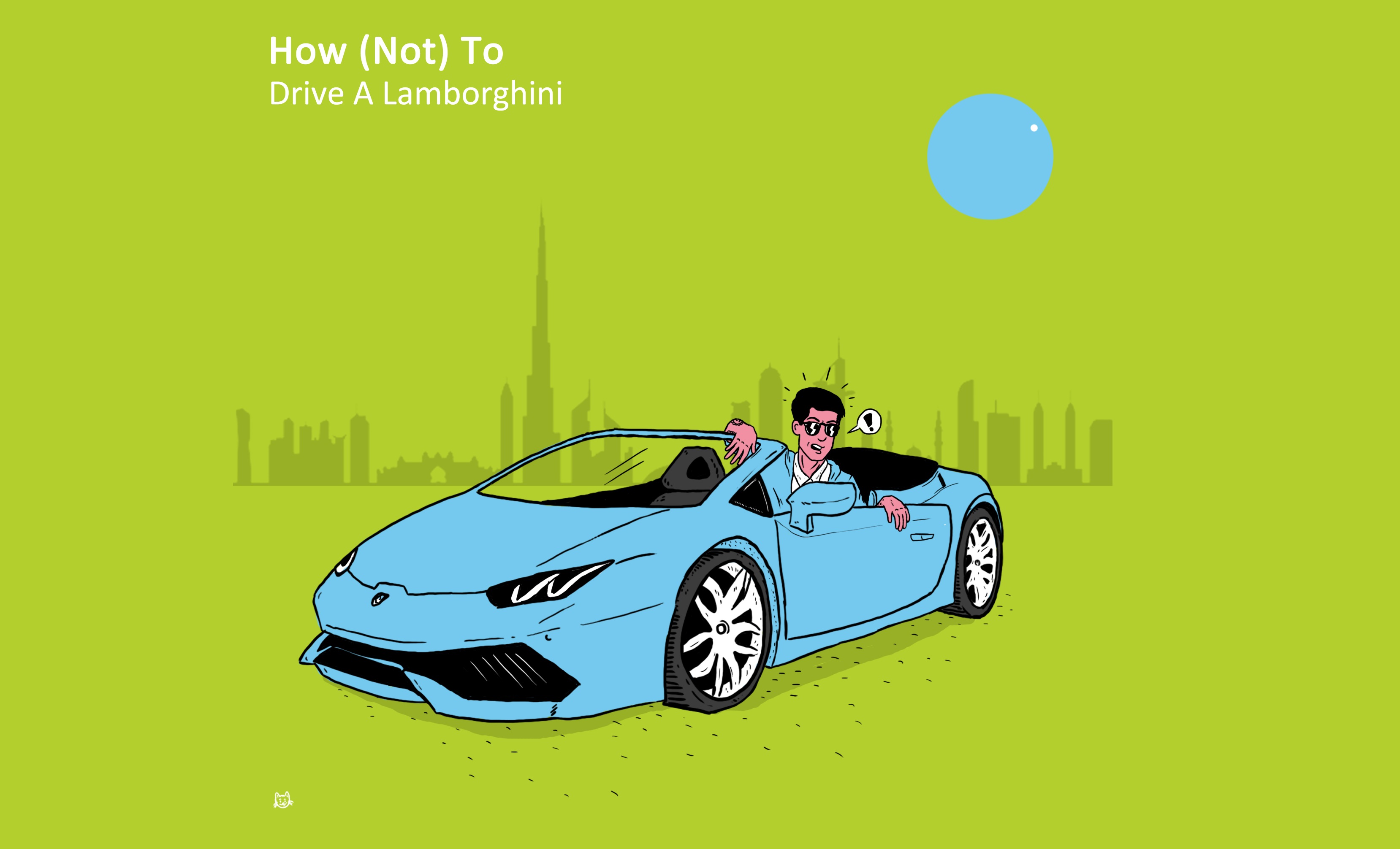 We spend so much of our lives on a mediocre plane of existence paralleled with chiseled abs laying in a frothy bath tub in GQ, a buxom blonde ripping off a model's suede jacket in a supercar in LOVE, or all of the above on Dan Bilzarian's Instagram account. Any glimpse we may experience ourselves of that lifestyle, we will lump it on top of our surface stock; we'll horde these moments until eventually their weight will collapse what's left of what makes us mindful human beings with rationale and soul.

Dubai is a city that for the most part lives entirely on that top layer of skim, with everyone so desperate to be on the front cover of their own magazine hocking the biggest, best, most expensive product du jour that it turns out every page is exactly the same.

Now Cairo isn't a glossy magazine; it's a mix between those Chinese-made children's books you might find in Ataba where there's no moral and the duck ends up eating the wolf and a Nabokov novel. Novelty and complexity and impoverishment.

Having temporarily moved to Dubai, the shine and glimmer of the first week in the city wore off quickly and became a redundant blur of Rolls Royces, Ferarris, Rolexes and Ferraris. The deja vu was clear cut proof of the Matrix that the city exists within. And of course no one can really one-up each other under the patronage of HH Sheikh Mohammed bin Rashid Al Maktoum.

As someone flipping through this redundant glossy magazine in the waiting room, I was handed the opportunity to stand out on the cover for just a fleeting moment. Lamborghini is a client of ours and I was given the chance to drive around in the first ever Huracan Spyder to land in the Middle East, before any Emirati got their filthy rich hands on one. Ha! I've hacked the Matrix.

So it's the client and I sitting 135mm above Sheikh Zeyad road, top down, heading north at nearly 250 MPH. Naturally the first thing I do is connect my phone and stick on some Kanye/Jay Z banger about living the life, put ma shades on and start head nodding, because my assumption is that's just what you do in situations like this. I've seen it in a million music videos. Client turns to me with a straight face - "What are you doing?" - and turns off the music.

He begins talking to me in car jargon of which I'm feigning an interest. I occasionally come in with questions that sound very much car-y in my head, like how much horse power does this have, and what about the torque, what is your favourite horse power? Where my real attention lies is trying to successfully Snapchat this surreal moment - get myself on the cover, if you will - without seeming like a childish amateur to the client under the patronage of HH Sheikh Mohamed bin Rashid el Makhtoum.

After our first stop he gets out of the car and throws the keys at me with a welcoming smirk. I throw them straight back like a hot potato. He looks at me like I've just taken the religion from his mother. I didn't mean to offend him, but whilst my left brain was thinking 'JOYRIDE! SUPERMODELS!' my right brain was thinking insurance fees, death or even worse - losing a client. I was freaking out about the idea that I could put a scratch on this electric blue Adonis of a vehicle, and the logical side of my brain won over. I did not drive the car.

Client parks at our next stop outside a hotel and goes inside. I wait a few minutes in order to Instagram all this in peace and then proceed to open the door onto a neighbouring white SUV. *Bomf!*

It all happens in super slow motion and if this was an action film someone would be diving screaming "NOOO" in elongated baritone. The camera would zoom in into the precise moment the edge of the Lamborghini made contact with the other car. You would hear a *ting* followed by silence, and then the explosive go off. In reality, it stopped at just a ting.

My colleague who had joined us in another car sees this happen. He is white and has been living in UAE for eight years. He goes red and freaks the fuck out.

I examine the damage. An unmistakably electric blue spec almost the size of an ant has been left on the SUV and an equivalent white spec on the inside rim of the Lamborghini door. I laugh at the situation and his hyperventilation. 'Oh if only this was Cairo' I think...

50 meters away, four Indian parking attendants have also spotted the moment and race towards the SUV inspecting the blue dot, looking up at me in fear, and then looking back at the dot. They repeated this process several times before requesting we stay in place and wait for their manager.

Their manager comes. He looks at the blue dot, looks back at me with more fear, and then looks at the dot again, failing to remove it with his finger.

Client returns. I'm waiting for him to see the spec, laugh it off in that way affluent Arabs do and tell everyone to go home because it's nothing and he'll just call over the spare Huracan Spyder if need be and then purchase another SUV for the recipient of said damage and we'll all have a Shisha. In reality he's looking at five Indians huddled around the Lambo's wheel and most likely a 50,000 Dirham invoice for said spec.

Chaos storms around me with Client's head in his hands and the Indians rubbing cream onto the car as if their life depended on it. I join in, grabbing a cloth, frantically trying to remove that top layer of skim, and then I blank out and stare at the spec.

I remember astrophysicist Carl Sagan's famous prose on the pale blue dot. The earth seen from the vastness of the cosmos, our whole world on a pale blue dot. "Our posturings, our imagined self-importance, the delusion that we have some privileged position in the Universe, are challenged by this point of pale light. Our planet is a lonely speck in the great enveloping cosmic dark. In our obscurity, in all this vastness, there is no hint that help will come from elsewhere to save us from ourselves," he says.

In that blue dot, for these people, under the patronage of HH Sheikh Mohamed bin Rashid el Makhtoum, I saw their world.

Client and I get back in the car. He puts the roof on. We sit in awkward silence for the next 20 minutes, the tension only drowned out by the occasional roar of the engine. It was the least fun anyone has ever had in a Lamborghini.