How (Not) to Drive

Honking is just half the battle. 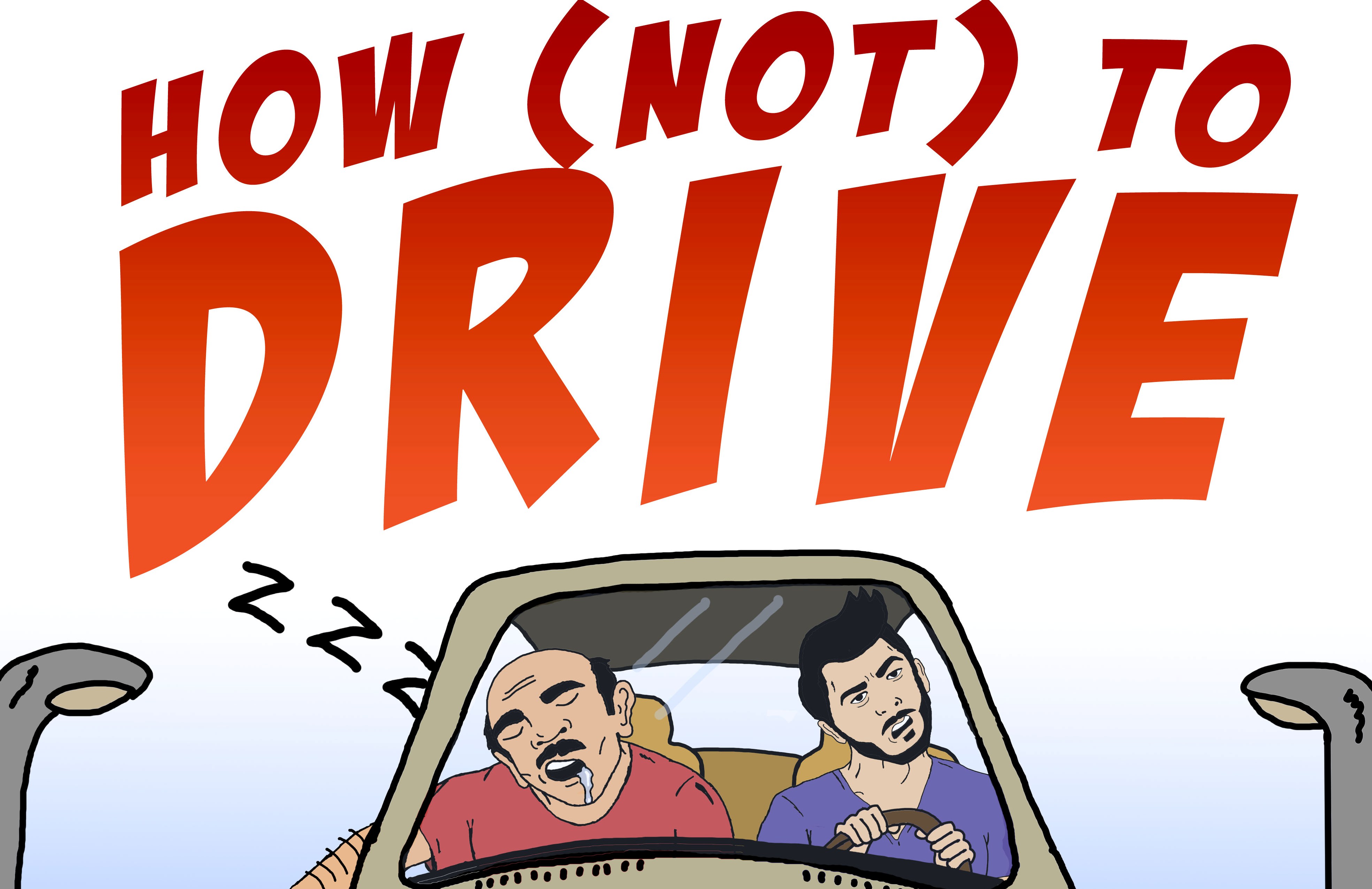 It doesn’t matter if you look like a Greek God, have charisma flooding out of every orifice, can make a room light up with vibrancy and laughter or have all the Pokemon cards in the world. If you do not have a car, you will always come up a bit short in most aspects of life.

Back in the day, when I lived outside of Cairo in Sakkara and had no car available, when a few timely sexts arrived I had no issue with walking a mile to get a tuk-tuk, then another tuk-tuk, then a nos na2l and, finally, a black and white cab, just to get into town to meet the girl.

Now, a bit older, a bit wiser but still car-less and possibly having lost my mojo after being in Cairo so long, I do not go to such great lengths to play willy monopoly with a girl. I generally just sit at home like Jabba the Hutt and wait for an after-party to happen and take amakhboot princess as a prisoner (just kidding [sort of]).

But recently, after yet another missed opportunity for romance and monopoly with an absolute stunner due to the fact that I don’t own a motorized vehicle (I offered to pick her up on my skateboard [only half joking] she declined), I decided enough is enough. I need to learn to drive. Not only drive, but drive in Egypt.

Jabba didn't have a car either

I walked into the Ra School of Driving Excellence, named after the Egyptian God of Sun, Ra. They also curiously market the fact that they can provide lessons and a final driving test at the same time. Clearly, the Gods have not been to kind on this place’ it ironically had no windows to let the sun in. I have my suspicions that Ra (the God) passed the job of looking after this place to Ka, Egyptian God of Derelict Cockroach-Ridden Apartments. Ka was doing a great job to be fair.

I asked my brother about driving tests and lessons in the UK and what was to be expected. Before I even touch a car handle, the procedure would be to fill out a form in which I would be asked questions about my health, my insurance, my income, where I would keep my car, have an eye exam and so on and so on.

At Ra School of Driving Excellence, I was met with a somewhat similar round of imperative questions by my new teacher Mohammed, such as: “inta Ahlawy wala Zamalkawy?!”. If I wasZamalkawy, I felt I would be disqualified from the course because, as he stated,Zamalkaweya drive like women. I kept my mouth shut.

In the UK, they give you really intricate theory tests with a computer simulator, where you have to press the space bar whenever you see a hazard. If you pass this you can begin your practical test.

Mohammed insisted I drink shay so that I am kawy enough for the test.

Curiously, the Ra School of Driving Excellence’ didn’t have any cars in sight. I thought, at first, this was a Karate Kid-situation in which I would have to use conceptual Zen techniques before getting my hands on the wheel, like catching the abundance of cockroaches to learn accuracy and self-discipline but, no. No, the driving school didn’t actually own a car; Mohammed had to call someone to get a car. He promised me, though, that the car was gamed.

The car was anything but gamed; a rusted fifty-year-old, manual Fiat 128 rocked up with black smoke churning from the exhaust pipe; the gear stick was stiffer than the new Pope at an all-boys choir rehearsal.

This is a Ferrari in comparison.

I thought to myself, if I can learn to drive with this, I can drive anything, anywhere! So I begin to get into the passenger seat, when he stops me. “La2, La2, erkab odam.”

I get in the front; the seat is ripped apart with just a thin layer of foam separating me and the chair’s springs that were stiffer than the new Pope at an all-boys choir. I stretch my hands out to the wheel which is un-adjustably a meter away and put them at 10 and 2, like my brother recommended. I thought Mohammed would be impressed with my prior knowledge. He was not.

Mohammed then shows me the stance to take, which I can see he learnt from when Nelly’sRide With Me was on Melody Hits. I assumed the position and asked him what to do next. He says he has a meshwar in Shara3 El Haram and that I should start driving there immediately, not to worry, and just do as he does.

I place my hand on the Pope’s penis, grind it into first and take off. It took about 10 seconds for my first accident, as I bumped a crossing car’s side mirror. I was waiting for Mohammed to shout at me; instead he shouted at the driver in the other car, “Kosomak ya sharmoot; 3arbagy!”.  I followed suit. “Ya 3arbagy, ya khaaawwall!”. Mohammed laughed; we were getting on just fine.

I then come to my first turn. I was told that, in the UK, before you pull out into a road, you have to look at the rear view mirror, then the right mirror, then the rear view mirror again, signal left or right, followed by a full head turn to the right to check then slowly pull out whilst consecutively checking all mirrors, at all times. Failure to do any of these would result in a fail.

I honked my way around Giza at a leisurely 20 MPH as Mohammed has a power nap next to me. With every bump we met, the suspension would squeak and stiffen more than… You get the picture. All of a sudden, I find myself on the Da2ery, fearing for my life. I manage to honk my way to the side of the road. I debate whether I should wake up Mohammed, risking him getting angry and failing me or if I should just carry on, risking a horrific accident. Thankfully, he gets up after a few more honks and decides to take the wheel. He took us to the car park outside DreamPark to do some more tests. He didn’t bother to teach me how to park as he said, in Cairo, there is nowhere to park.

He goes in to the boot and takes a cone and what look like the car’s brakes, placing them opposite each other in the car park, telling me to drive through it then reverse back. I do as told but miss it by quite a bit, crushing the cone with one wheel. During this, he looks on, smoking a Cleopatra.

I can see him put his thumbs up, by which point I realise Mohammed is partially blind. “Come on Mohammed,” I tell him. “Let’s take you home.”

Once we arrive back at Ra, I ask him if I passed. He doesn’t understand the question but tells me to call his friend; 500 LE for a license.

I think I’ll just stick to the Monopoly car.