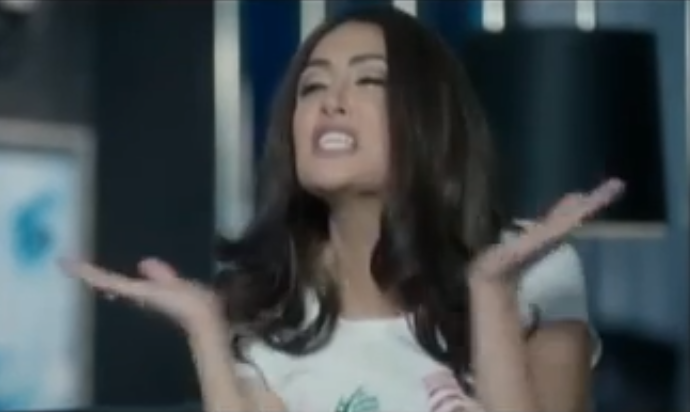 Everyone keeps talking about mosalsals. In all my time in Egypt, I have never watched a mosalsal. I’ve barely watched any Egyptian TV, in actual fact. Let’s put the fact that none of them seem to make any sense aside and put it down to my pop culture ignorance and poor Arabic. After another heated debate took place in the office about Hekayat Haya, I decided to check it out myself. At 8PM, last night I sat down in front of the TV and documented exactly what I saw...

A woman who sort of looks like Cher is sitting in her underwater lair, seems to be watching an aquatic spy documentary. Someone just rang the doorbell. She looks scared and now she’s telling her imaginary friends to be quiet and she’s dancing around, flapping her arms. I don’t know if she’s hysterical, happy or scared at this point. A prepubescent looking man has opened the door and strains a “Bonsoir.” Seems like a lot of effort and research took place to get that line right. They’re having an intense conversation about transportation, I think. He’s just let himself in and they’re still talking about transportation. The prepubescent kid uses his dad’s planes to go to Dubai. One is blue and one is white. Alright for some, eh?! The next two minutes is just awkward sexual tension between Cher and the kid. The kid is making me laugh: he wants vodka or a spliff, Cher’s not too pleased. Cher’s gone off popping pills in the bathroom, looking really unnerved - I’m starting to think it might be her son or something fucked up like that. Yep! Flashback of her and a little boy; I’m guessing it’s the same kid. And the husband with the two planes is arguing with Cher. The son is now pervving on his fully clothed mother in the bathroom. He’s calling his dead dad a donkey. Someone called Dr. Hashem walks in, they both panic, the kid leaves and this is now the third scene involving Cher almost in tears at her door. She’s gone back to talk to Dr. Hashem, and starts slapping herself in the face.

Okay, we’re now at the office of what looks like an evil business man who is meeting with an old guy with an injured ear. He seems pissed. The old dude has been kicked out, the kid comes in after kissing the secretary on the neck and I think he’s chatting to the business man about banging his own mum.

Dr.Hashem has returned home to a crying blonde woman. Someone is always crying.

Now we’re back to Cher, brooding on her balcony. It seems like 90% of the  mosalsal is dramatic music and constipated looks. The kid turns out to be her neighbour and he’s doing these Johnny Bravo moves for Cher, as he gets on to his 80s yellow school bus. He gives Cher a call from the bus who’s actually starting to flirt back with her own son. Now, he is talking to Student DJ Program finalist Gawdat who’s sitting next to him on the bus. Back to Cher: she’s brooding to dramatic music, eating cupcakes, and I’m wondering if they got them from Crumbs or Nola. Cher answers the phone to someone called Crumb. More dramatic music and constipated looks.

In  some kind of school or hospital now, a guy and a girl start arguing. The guy starts grabbing her and looks like he’s about to beat her up. They’re broken up by a load of people in blue polo shirts. She keeps doing weird Pacman gestures with her hands. Cher is now chatting to that actress who had disappeared and then made a music video with my pop star cousin, Amro El Meligy. She’s smoking shisha. They’re surrounded by rococo furniture and sadness. The way they’ve filmed it makes it look like there is smoke coming out of Cher’s head.

Cut to a scene which looks like an Arab version of Vicky Christina Barcelona. Suave old guy with pony tail, looks a bit like a drug lord, is on the phone, hugging a prostitute. There’s four half-empty bottles of Black Label, eight empty Smirnoffs and a magnum grey goose on a bar in front of them. Prostitute is waaaaasted.

Back to Cher’s house. She’s arriving home to find Dr. Hashem there. She offers him fresh apple or mango juice. Then she starts pouring what CLEARLY isn’t fresh apple juice into a glass. It’s definitely  Juhayna. I think he knows it’s not fresh because the constipated music and dramatic faces are back. He answers his phone: someone’s in the hospital, they rush out the door and there’s a really hot blonde woman there.

I’ll be honest, I still don’t really have a clue what the hell is going on but I do have a peculiar urge to watch the next episode. Will the kid end up boning his mum? Will Gawdat win the Student DJ Program? Find out on the next episode of mosalsal. 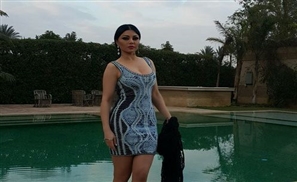 When Haifa Wehbe posted photos from behind the scenes of her Ramadan series, it was [...] 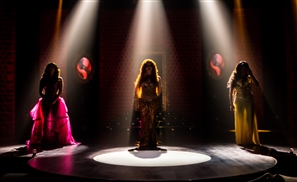 Bellydancer Show Gears Up for Comeback?

Following a premature hiatus after just one episode, 'El Raqisa' is set for a [...] 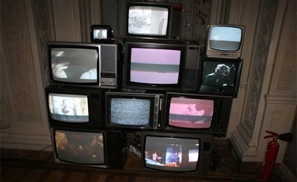 For many, Eid is the perfect time to get away but this year it falls right in the [...] 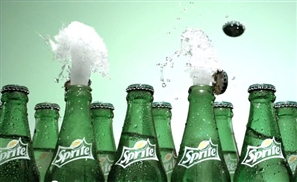 Quenching our first for fun TV, Sprite Egypt's new campaign has us hooked on the [...]
Week Month Year