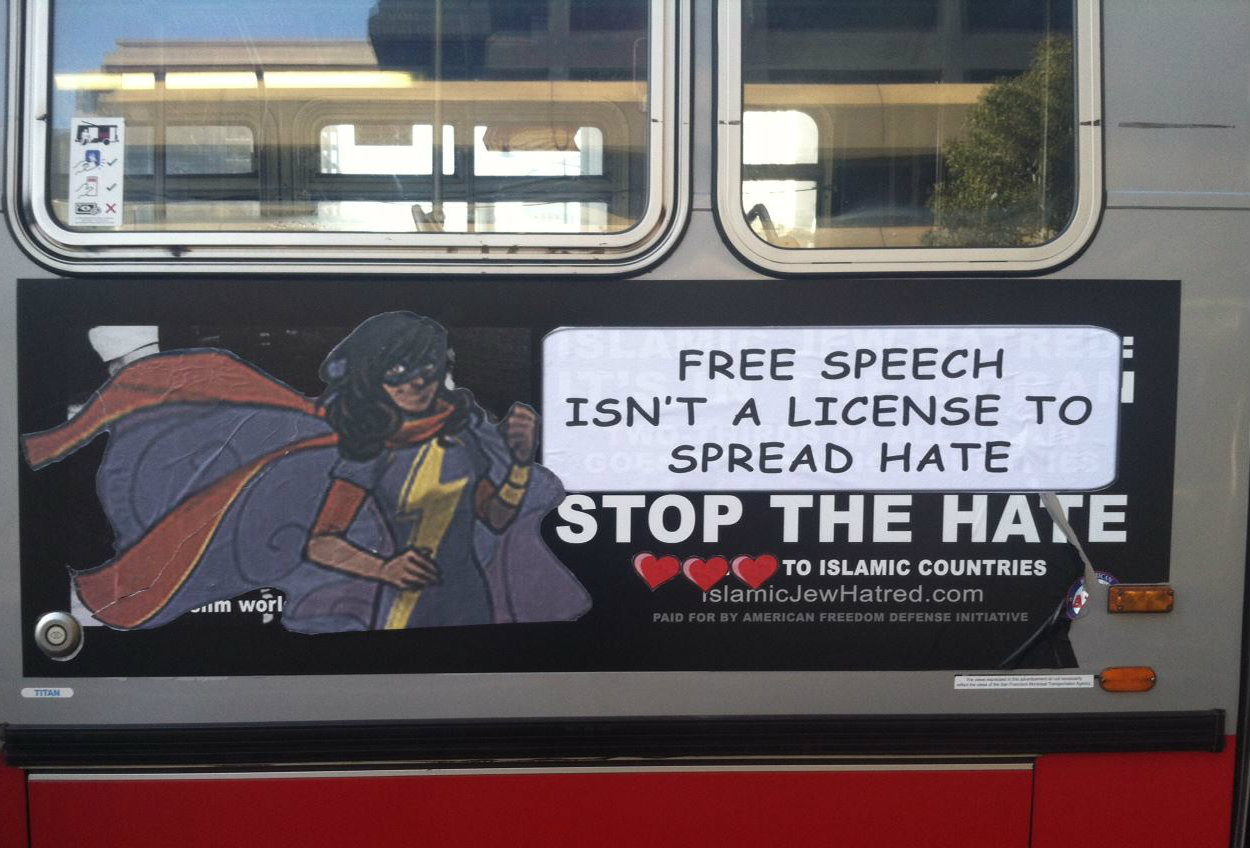 So San Francisco, which is meant to be one of the more liberal cities in the States, has recently been running some incredibly racist ads promoting hatred towards Muslims. The ads, commissioned by the Freedom Defense Initiative, have been plastered on buses across the city – but some awesome human has taken it upon themselves to cover up the racist ads with images of Marvel’s first Muslim superhero, Ms. Marvel, and anti-hate messages.

The group who purchased the ads, the Freedom Defense Initiative, is a far-right Islamophobic organisation. In the UK they are officially classified as a Hate Group but have not achieved this status in the US, which apparently gives them license to freely spread hate messages under the umbrella of ‘freedom of speech.’ We’re not sure when the two became synonymous. Their ads carry messages like “Islamic Jew-Hatred: It’s in the Quran.”

But someone in the city has been going around covering up the ads with messages of anti-hate and sticking on photos of Kamala Khan, aka Ms. Marvel, who became the comic book powerhouse’s first Muslim superhero in 2013. It’s nice to see someone making an effort to stop messages of hate.

The images below, as well as main image are courtesy of Street Cred on Facebook.