Inertia Egypt's massive new project is an all-year round destination, not only for summer. 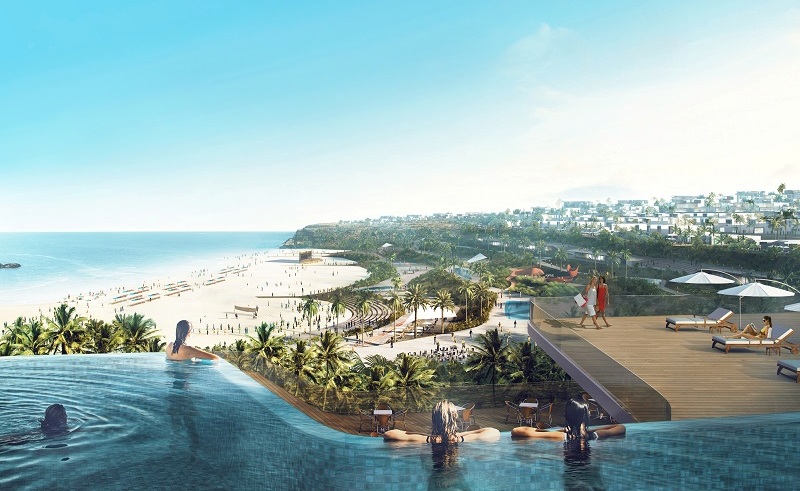 It seems like every other day there's a new construction project in Sahel announced. But while many talk the talk, Inertia is walking the walk with a fully-developed beach town in Sahel, Jefaira, which is set to breathe life into the North Coast throughout the year, not just summer. Yes, it's a beach town, not just a compound.

Featuring ten neighbourhoods, 3.6 km Beach front, 70% green areas (including Sahel's first central park), and a number of top-notch hotels, sports and educational facilities, and its very own Downtown area, the master plan of the project is developed by internationally-renowned, award-winning 10 Design Studio, from which acclaimed architect Paul Rodgers is the lead on the transformative project.

Jeferia, in which four neighborhoods have already launched, is applying meticulous environmentally-friendly and sustainable practices in the design and execution of the project, and striving to preserve the area's stunning natural topography, not working against them. It also stays true to the Mediterranean identity of the area, with most units, whether they're standalone villas, twin houses, condos or chalets, built to face the water and complement the natural landscape of the area.

The four launched neighborhoods, Furl, Seacliff, Quayside, and Cribs, are designed to be year-round destinations, each with its own unique print. The Furl Neighbourhood is located at the center of Jefaira’s shoreline, offering a variety of standalone villas, twin houses, chalets and condos, all fully-finished with superior standards.

The Seacliff Neighborhood, which was recently shortlisted for an award the World Architecture Festival, situated on a 220,000 sqm clifftop, boasts one of Jefaira's most mind-blowing views of the Mediterranean, and embraces luxurious modern architecture that captures the beauty of the landscape from every possible angle.

With mega projects like The New Alamain city just a stone-throw away, it seems like we have a new metropolis slowly rising from within the golden beaches of the Mediterranean. We've done Alexander (the great, that is) proud!