It's not every day we get stopped in our tracks by an advert, but the latest campaign by Kairo for Altair GPS had us eager to find out more.... 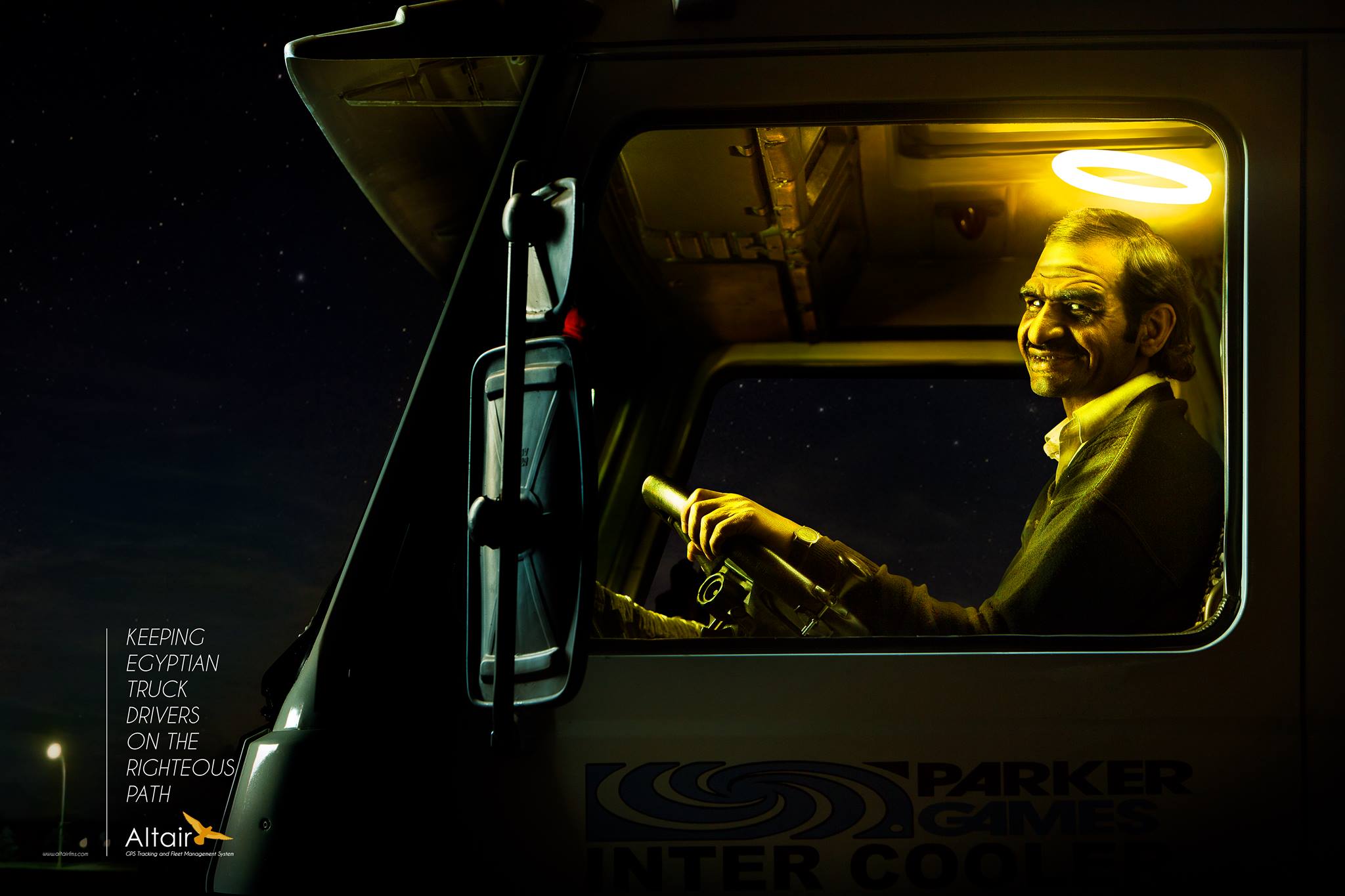 Every now and then while surfing the web, we here at CairoScene stumble upon visually striking images that have us immediately searching for the creative minds responsible. In the case of Altair - a GPS tracking system - and their eye-catching advertisement campaign, the source of imagination and execution is the work of a local ad agency named Kairo, who are also the bright minds behind great campaigns for Freska and Gloria Ceramics.

According to their Facebook, Kairo believes that “big advertising agencies are like dinosaurs, and dinosaurs are extinct.” Kairo is the brain child of Hesham Ellabban. Founded after the revolution, Ellabban explains “I felt the need in the market for an agency that was small enough to be flexible, agile, and able to adapt to the constantly changing digital media environment.” With a team of only 15, Kairo has quickly made a name for itself, and has received rave reviews on the back of the Altair campaign.

The idea was conceived in a brainstorming session between Hesham Ellabban, Montasser Khalil (Creative Director and Partner), and Sameeh Selim (Managing Partner and Head Planner). “We were trying to create something insightful that could connect to a wide audience. It was all about finding the naked truth, and the truth is truck drivers are known to be careless,” explains Ellabban.

Altair is a online GPS service that offers cloud software the ability to access your data, track your vehicle, create reports or just send orders to your team from anywhere and at anytime. A useful tool for any trucker, though that many not be explained by the photo-driven campaign. Nonetheless, the end result is images that are unique and striking, helping to spread brand identity and awareness. Ellabban elaborates on the experience of capturing the images; “We did a proper photo shoot, and all the drivers were casted, none of them were actually truckers, and some were even part of the production crew.”

What started off as a local campaign has been met with so much positive feedback, that there is talk of spreading the idea to similar markets. “Our campaign for Altair GPS and Fleet Management System was featured in Luerzer's Archive in the 2014 Cannes Issue," Ellabban proudly mentions. It is this kind of creativity and positive spirit that has led Kairo to win the 2014 Independent Agency of the Year at the Dubai Lynx International Festival of Creativity, on the back of several nominations and wins in various categories at the ceremony.

Not a bad start for a new agency, the only real question left is how long will they remain small, before becoming as big as the dinosaurs they believe to be extinct.