What's that you say? Cinnamon bun flavoured popcorn? Could it be?! Indeed it is: this Seattle-based franchise offers popcorn in an infinite array of delicious flavours, and it's available right here in Cairo! 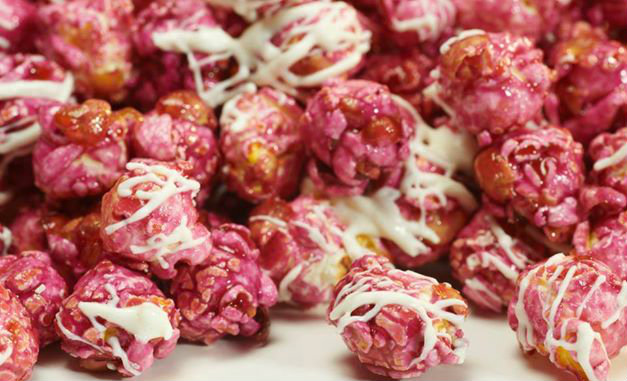 Being the hungry hippos that we are, we're always on the lookout for more delicious food to stuff our faces with, so when we came across Kukuruza, a veritable popcorn wonderland, our lives were forever changed for the better. The gourmet popcorn store makes air-popped magic in every flavor imaginable – literally. From Hawaiian Salted Caramel to Cookies & Cream Popcorn (COOKIES AND CREAM POPCORN!) they've got the intriguing, innovative flavour game down.

The brand, which is founded, owned and operated by a Seattle family (their store is on 3rd and Pike in case you happen to be in the Emerald City anytime soon) is now also available in Cairo, Tokyo, and Riyadh. We thought there might be some elaborate story/conspiracy theory behind the four very different, very random cities where Kukuruza is present, like popcorn mafia trying to take over the world starting in four seemingly unrelated cities, but it turns out it was just people from each one that were smart enough to recognize the sheer deliciousness of a million and four perfectly created popcorn flavours.  In Egypt this bringing-the-franchise-over award belongs to Ahmed and Mahmoud Saad, two brothers who decided there was a void in Egypt's popcorn market, looked into it, and voila! – they found the gem that is Kukuruza nestled in Seattle and brought it over. And for that we are eternally grateful to them.

We first tried out their caramel flavoured popcorn – and trust us, this is coming from people who don't even LIKE the caramelized crap they serve at cinemas – and it was a illuminating experience for our taste buds. Truly. Once we journeyed to Cairo Festival City, for the sole purpose of finding out what else these popcorn sorcerers had to offer. There, we discovered a smorgasbord of creative flavours (and naturally proceeded to try each and every one of them). Starting with the Cinnamon Bun flavour, which literally tastes like a Cinnabon and some popcorn made beautiful babies together, and which Ahmed says is "the number one fan favourite," to Cheddar Cheese, Black Raspberry Popcorn and Rainbow Fruit (above), our taste buds had a field day.

Kukuruza is currently located in Cairo Festival City and City Stars, but the brothers are planning on opening up another branch in Maadi's City Center. If you have yet to try these little pieces of joy, we suggest you head on over to one of these locations ASAP. They taste like heaven exploded in an air-popped frenzy and then popcorn rained down.

Plus they have these nifty airtight Ziplock-style resealable packets, so your popcorn stays fresh. Oh, and they have S'mores flavoured popcorn. 'Nuff said.