Life is an Adventure

Waleed Mowafi wants a break from the regular party routine and has a spiritual awakening at the Fish Garden. 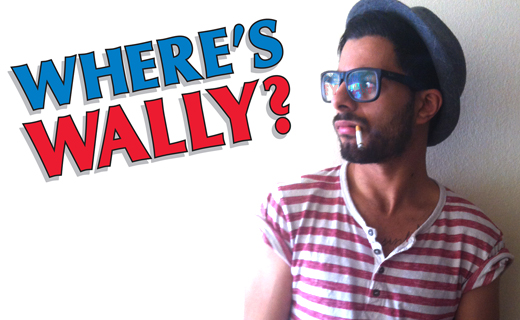 I'm not saying I've become soulless, however, I no longer see a reflection when I stand in front of a mirror. This is somewhat of a dilemma.  After all, how do I know if my hair looks nice for the Cairo Zoom cameras?

I hear the humans surrounding me regurgitate sentences such as  “El DJ dah gamed neeeik,” or “El 7afla de helwa neeeeeeeeik.”  What are they saying?  These parties are simply a rotation of the same humans in different locations; alcohol and  drug educed dance marathons with people partaking in  nonsensical conversations with acquaintances that they only talk to in party settings, the only common ground between them being  how fucked they both are.

There has to be more than this incestual hedonistic behaviour in this tiny pond of a society. That’s not life, that’s not living...

A couple of Saturdays ago, I woke up in the my usual blasé mood when my younger brother suggested that we do something different. “Why don’t we go to the geneinet el asmaak?” I thought to myself, yes, that's something different and a nice contrast to our usual activities. The sun is out. Let’s do it. We had ourselves a hearty breakfast of fresh mushrooms and began our excursion to The Fish Garden, as we called it.

After a short negotiation with the obese, odorous man at the entrance about the price to pay in order to enter, we made our way through. It wasn't easy, but despite speaking in English, our 'western attire', not having our IDs with us and the obscure Takeshi Murakami flower tattoos on my brother's arm, we managed to convince him that we were not in fact khawagat. We are brown children of the motherland and only had to pay the local 3LE  entrance price. Result!

It wasn't long before I realised how enchanted this place was;  a small grotto of wonder and serene greenery, hugged by the antagonistic and  hostile, concrete jungle surrounding it. The paths winded left and right with ubiquitous scenes of hilly slopes, trees and flowers as far as the eye could see. In the distance, we spotted a cave. Something one would read about only in a Tolkien novel and we had to explore. As we made our way closer, the sun seemed to be kissing my skin and as the birds chirped, I almost felt the sounds reverberate through my spine. It was an unnatural celestial feeling. There was water feature outside the cave’s entrance: a divine structure of two conjoined fish, gushing water out of their apertures. The sun reflected on the dripping water, generating beautiful rainbows in my peripheral vision. I floated a little closer and dipped my finger in the pond below. It felt like silk.

We made our way into the majestic caves. The pathways, nooks, crannies and crevices were endless  and there were  stairwells all over, some leading outside, some taking you further into the rocky labyrinth. For some reason I started to hear the soundtrack from the underground stages in the original Super Mario games. Just like a video game, we started being chased. The strange beings and caretakers of the geneinet el asmaak were calling for us. We could hear their voices echo through the caves. We had to escape.

We dashed up one of the winding paths which took us to an elevated area. From there, we had panoramic views of the whole gardens. We could see them scurrying around in the vast greenery way below, yelling at the top of their lungs, arduously trying to find us, urging us to leave this wonderful, majestic land.

I spotted a tower-like structure at the uppermost point of the caves so we quickly ascended to the top. I could feel the wind caressing my face and the vexatious garden caretakers looked like ants from up there. I took a deep breath in as the sun began to set in the distance. This was magic...

My brother turned to me as we stood elevated on top of the world and said in an undaunted tone: “It's happening, Waleed.”

“The Nacelle day party is on,” he said.