While we all look to the likes of Milan, Paris and New York to get our fashion fix, Daloo3a.co.uk is giving Londoners a taste of Arab extravagance. Dalia Awad talks to stylish founder Lana Khoury about the new, UK-based retail site. 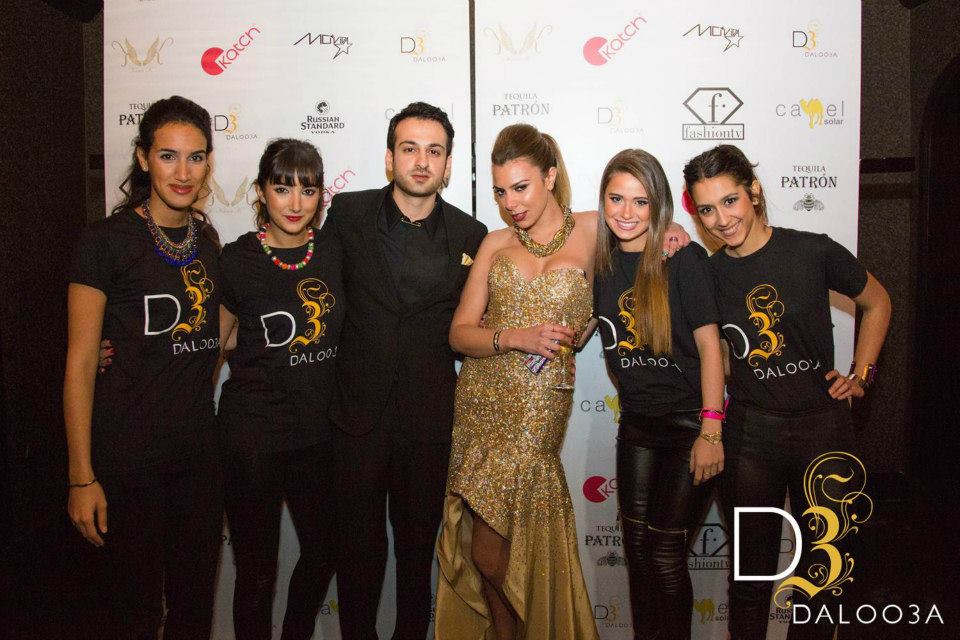 While many of us save all year round to go on a shopping trip abroad, or place a Topshop order, preparing ourselves for extortionate import  taxes for when/if it finally arrives, one new British retail company are doing the exact opposite. Lana Khoury and Mohammed Saeed, co-founders of the kitsch Daloo3a.co.uk, are giving the West a taste of Eastern style, taking the online fashion world by storm with their unique collections. Offering London a glimpse into the life of an Arab daloo3a – “we wanted to empahsise that every woman should be spoiled with luxurious pieces but in a young, frivolous manner,” – the site which launched in January of this year stocks an array of luxury clothing, shoes and accessories that exude glamour, flirtatiousness and high fashion the way only a daloo3a can.

Khoury and Saeed met during their studies at the University of London – both studying International Business – and it wasn’t long before their passions came together. “I love travelling and being able to see a different culture, which is why I wanted to open up a unique boutique. However, it was Mohammed’s idea to take it online instead,” says the devastatingly stylish Khoury. Though Arab by name, Daloo3a.co.uk is very much international by nature – while Khoury is originally Palestinian, Saeed’s heritage is Pakistani and, together, the two have travelled  far and wide to buy collections for their site. “Our unique selling point is that we promote new and upcoming talent from across the globe, which stores such as ASOS and Boohoo do not. . We also offer unique designs that have not been featured in your typical high street store, which gives us a great advantage within this market,” explains Khoury.

Surfing the site is like a stylish trip around the world, with brands from Lebanon to Lithuania, including the Middle Eastern sensation that is FlashBags, being given their time in the spotlight thanks to the team’s efforts in sourcing unique looks to brighten up London’s infamous grey weather. “We travel across the world to find our designers and handpick them carefully to ensure they fit in with our site’s aesthetic. Plus, I have to love the product that has been designed. If I don’t instantly think it will suit a young, modern woman then I will not feature it within the site,” Khoury says. Already having been featured on the likes of  The Guardian, The Daily Mirror and Fashion TV, Daloo3a.co.uk is not only making a name for itself, but for undiscovered designers. We know what you’re thinking, though: ‘how do white people say daloo3a?!’ “Most people that use our site are aware of the word and recognise that this is what we mean, even though there is the number three in our logo! However, when we pronounce it to our designers and other agencies, we do not include the three, and thanks to our growing social media and customers, people now recognise us as ‘Dalooa’,” laughs Khoury.