Maksters: A Shoe with a Story

On the launch of their first Middle East store, Timmy Mowafi sits down with Palestinian-born, Egyptian-raised Khaled Makki, one half of the duo behind Maksters: the international brand offering each shoe as a unique artistic mission of its own. 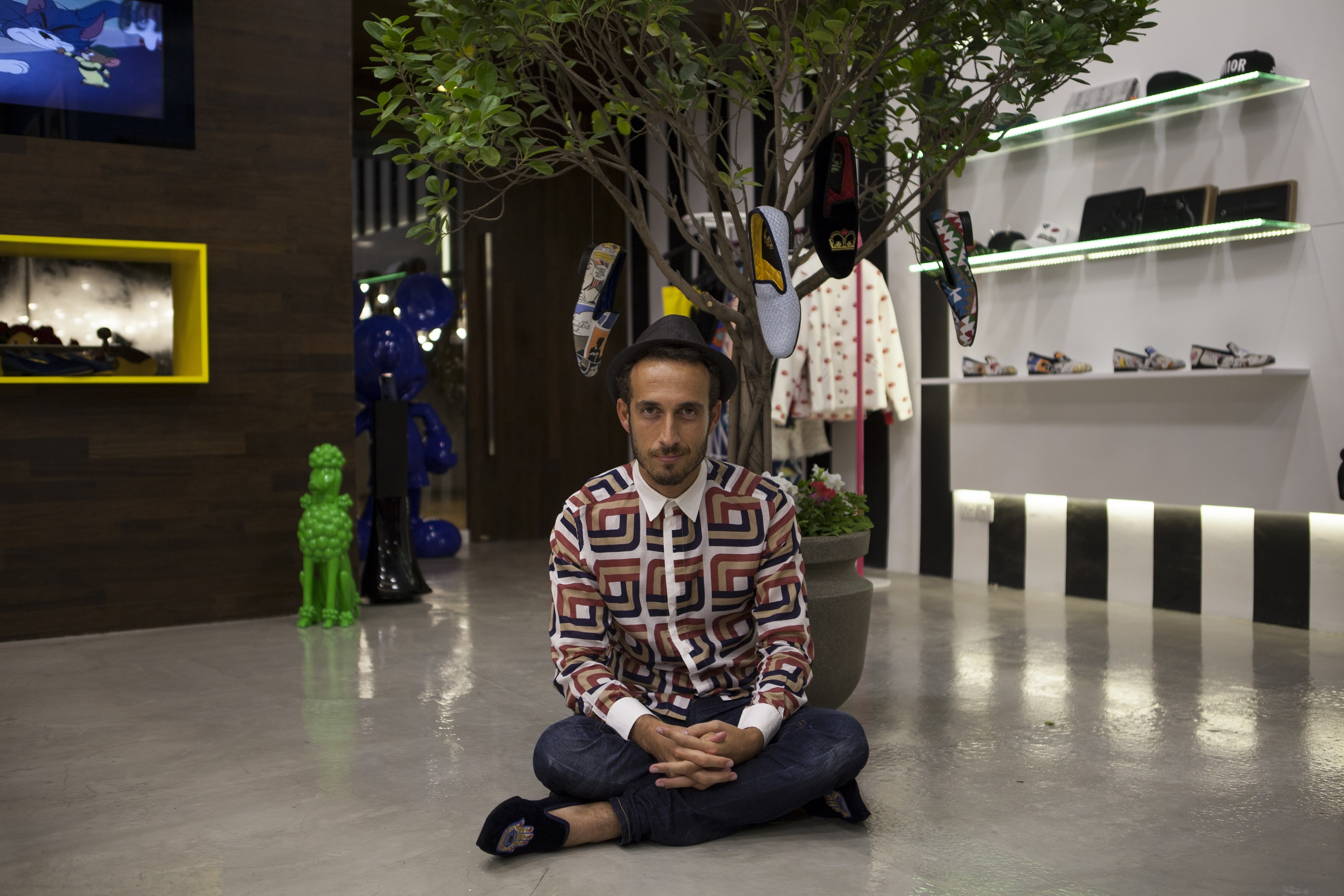 Khaled Makki is frantically pacing around the mod-ish setting of Dubai's Zoo Concept store, waltzing around KAWS sculptures and an obscurely placed tree (which we'll get into later) as he places the final touches on an elaborate display for his footwear brand, Maksters, now launching in the Middle East.

To the untrained eye, Maksters may essentially be $500 shibshib.But to those whose wardrobes act as a gallery for their deep-seated appreciation for something aesthetically sui generis, for those who regularly peruse the style guides of Esquire and GQ (where Maksters has been featured on multiple occasions), and take to London and Paris for their shopping needs (where you'll find a Maksters stockist or two) then you'll start to understand how fucking cool this brand is.

"The shoes are very unique, so I like the people who wear them who actually appreciate the quality and story behind them,” Makki explains, zoning in on his ideal clientele. "I like people who buy them and wear them with pride, that’s very important to me."

And the story goes as thus: Palestinian-born and Egyptian-raised Khaled and his brother Ahmed started Maksters back in 2012, when Khaled had an epiphanic moment driving past a vintage shoe store in London. “Literally the minute I drove past this shop, it was something that clicked automatically and ever since that day the ball has been rolling. I just wanted to make shoes that I would want to wear.”

The Makkis searched high and wide across Middle England to find the perfect cordwainers and cobblers, and ended up setting up their own workshop in Norwich, headhunting the best of old British talent. “All of them are 50, 60 and 70 year olds. They've been doing this for so long, they really are the best at their craft! They're very attentive to detail and they're great at what they do."

The result is a contemporary unisex collection fusing flamboyant materials and prints with a classic slim fit, high heel slipper and a quilted sole that make them comfortable yet slick enough for almost any occasion. There's a quirkiness in the brand that somehow doesn't demean it's quality. Each of it's Lichtenstein inspired pop-art designs have their own unique comic strip, while Maksters also does conservative just as well, with their black suede number featuring the brand’s crown emblem, and a plain navy blue horse hair pair being stand outs.

"A lot of the work goes into the development of certain designs and fabrics, which alone may take up to two months to produce, because its completely handmade and done in random patterns, but I want to put in the extra hours and effort because at the end of the day I want to make something completely unique,” Makki exclaims.

Before finishing up the interview, as Maksters first Middle Eastern customers start piling into the store to get a taste of its sole, he finally explains the tree where several of the slippers are dangling off: "I never want to sell a million pairs, I want to keep things exclusive... you see someone you know wearing them and you want a pair too, and they refer them to someone else and it becomes this family tree." And as we all know in Dubai... it's all about the family tree.

Maksters is available at Villa 142, Jumeirah Rd, Dubai and soon to be launched at Level Shoe District in The Dubai Mall.