Married Under 22: Egyptian Couples Reveal What It's Like To Tie The Knot Young

Curious what it's like to get married at a young age? We reveal the stories of Egyptian couples from different generations who decided to tie the knot before the age of 22... 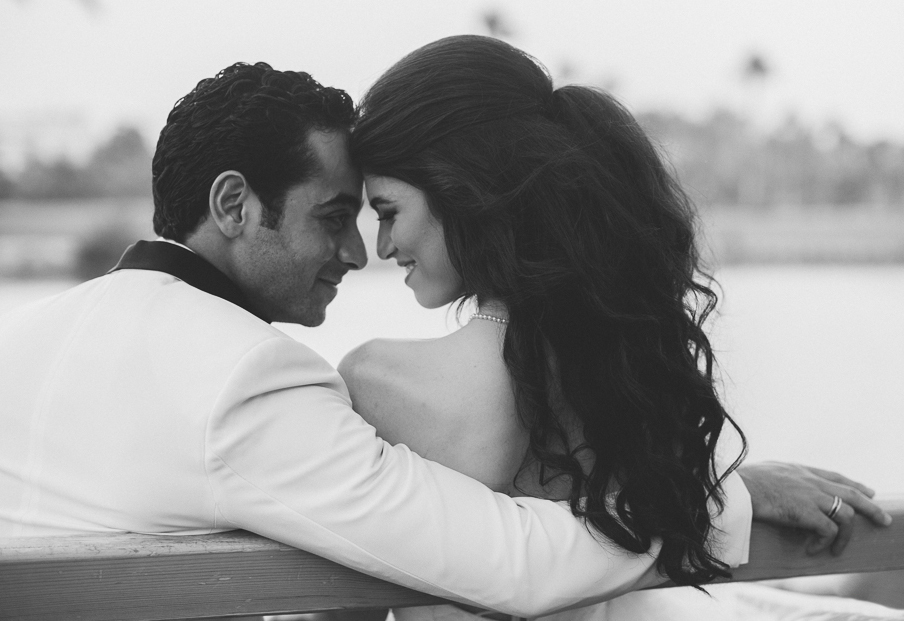 “I got married at 18, then three days later the war of 1956 started. During that time, most of the companies and stores were owned by Jews and Greeks. When the war started they all went back to their countries, which caused the economy to rapidly collapse,” my grandmother told me. It was chaotic and difficult to find jobs at the time; she and her husband had to work constantly and barely had any time to rest. She got pregnant at 20 and, even then, she did not stop working; the money they made just about covered their expenses. “Things turned around four years later, though; we made enough money to start our own clothing company and named it after my husband: Raymond’s. We opened several stores around Cairo; our lives completely shifted and, from that point on, all our hard work paid off in the end,” she explained.

I was fascinated by the idea of how someone so young can go through a marriage, a war, and a pregnancy, all before the age of 22. Although being married at a young age was a regular occurrence at the time, it isn’t anymore; however, it still happens every now and then and it comes with its unique set of benefits and drawbacks.

It was the summer of 1990 when they first met. They were at an engagement party; he glanced over and saw her dancing the twist ever so gracefully. Her beautiful green eyes caught his, and he smiled. “He approached our table and sat down, then ordered a drink for my mom. Throughout the conversation, he showered me with compliments. I was 16 at the time so there was a 10-year difference,” Janine Talaat explains. The age difference would make one wonder if there would be an issue since their mentalities would’ve been different. “A few days later, his father called mine, but my father told him that I was too young for marriage now or even an engagement. He told him that it wasn’t that simple and that I wasn’t just to be handed over that easily, and he told my husband that he might change his mind later on,” she reveals. In every father’s mind, his daughter will always be 'his little girl' no matter how old they get; Talaat's father's protective actions weren’t surprising. “We met again at a family barbecue a couple of weeks later, and went up on the roof and talked for hours. I went home that day, turned to my parents, and told them that he’s the one,” Janine tells me. This picturesque moment is what truly defined the start of the relationship.

She got married when she was only 18. “My parents were very confused at first because I was so young, but they knew he was a gentleman and a keeper,” she tells me. When she got married there was a sudden shift between being a girl and being a woman. Janine adjusted well to the change, but she faced a few difficulties. “I had already had my first child at 18 while I was still in university, so it was very hard to focus on all my studies. It was a challenge having a lot of big responsibilities at a young age; just imagine being 18 and pregnant. At the time, I had to take care of my little girl,” she explains. Having a child is not easy; it requires long nights and a lot of patience. She was always exhausted and pressured - it was a lot to try to balance. She also had to take into consideration her husband’s needs and the work around house. “It was all too much, but somehow I managed,” she says.

“I believe that marriage is the most important investment in life," Janine's husband Hany says, adding: "I have to admit that it was difficult at first because she was so young; I used to ask her for too many things. I lost my temper on several occasions and she didn’t deserve that. It was difficult for her at the time, and I didn’t understand that, but I learned to apologise when I upset her." He may have been unsympathetic at the time; however, not all men admit to their wrongdoings. “I loved being around him; he took me out on the best dates and spoiled me like crazy. My husband is my best friend and that’s a privilege that not everyone has. I wouldn’t change anything about him or our marriage,” she explains. Facing many complications during her marriage, her strength and commitment is inspiring.

While working on her Master’s degree in Florence, the city of art and wine, Maria met a handsome Italian man. She spent the most exciting days in Italy. One cozy winter night, while they were watching a movie on television, he looked at her and told her he was going to marry her. “We came back to Cairo to tell my parents, but they didn’t take it so well. They immediately said no and didn’t want me to go through with it because he’s a foreigner,” Maria explains. A couple of weeks of constant feuding passed, but they eventually got over it and gave him a chance, and Maria tied the knot when she was 21. Even though marrying the one you love is great, it comes with great difficulties. “You get to experience everything together - the ups and downs,” she tells us. Maria and her husband moved to Cairo and opened two small Italian restaurants together. “Unfortunately, there was no time to focus on my educational life more. I would have liked to experience more work life and maybe get another Master’s degree before I get too mixed up in the married life. Also, when you start off young in life, you are usually battling financial problems, which can add a lot of stress to the relationship,” she explained.

Aiya El Sheimy was only 21 when she got married, however she didn’t not face many difficulties. “The best thing about being married is being able to experience new things together, since we’re still growing together and trying to achieve certain goals. My husband is 29, but I still went through a lot of different stages of his life with him, and so did he," she reveals. "Since we’re young it’s pretty much like a REALLY long fun sleepover with the guy you love. Honestly not to be cheesy," she adds, "but the best part of my day is going home to him.” Aya believes that in order for a marriage to work, the couple has to help each other out, even if it's just simple housework - marriage is all about compromise. There are a few advantages to getting married at a young age because you’re basically living with your best friend.

Not that long ago, it was a social norm to get married at the age of 18. While it doesn't happen that often anymore, a few people still get married at a young age. Although some of these stories might have happened years ago, these young couples above are a testament to the fact that marriage may not be as difficult as it may seem and despite the difficulties, many manage to make it work. Marriage does have its hardships, however, like Aiya explained, it can be a wonderful thing even at such a young age.

*In order to protect the interviewees’ privacy, some names have been changed.