Hamsa Mansour is training hard to bring her travel adventures true, while setting some records. 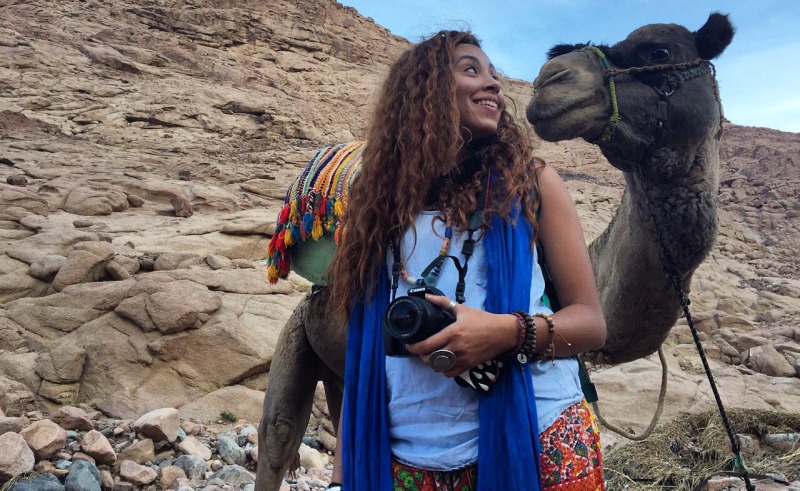 While you sit in front of your television and basically indulge several of your senses in stuff that's probably not the best for you, and take the elevator up just two floors (or even one), Hamsa Mansour sets out to make you feel like even more of a couch potato than you already do. You’ve probably heard of her by now. If you haven't, she’s the woman that will become the first female to solo cycle across all of Egypt. A lot of preparation goes into a gargantuan mission like this: physical, mental, and logistical. That much should be pretty obvious, as one can’t just hop on a bike and go on a 7,000 km ride. Mansour has been training hard, and is about to face her biggest challenge to date. For 11 days, between November and December, she will take to the road on her bicycle, making her way from Cairo all the way to Mount Catherine, Egypt’s highest peak.

“The perspective of adventure sports in this country is that it’s for men. I wish this would change,” Mansour told Cairo Scene. “I’ve heard a lot of negative feedback, and I want people to say that they can just push that aside and do what they want and that they don’t have to live in a conventional Egyptian way.”

Her journey, which is called #777km2Catherine, is sponsored by Wild Guanabana, prolific adventurer Omar Samra’s company, and where Mansour works as an adventure trip leader, and also manages a brand. It begins at home in Cairo, from where she’ll head southeast to El Ain El Sokhna, then continue down the Red Sea’s coastline. On the way, she’ll visit Zaafarana, Ras Ghareb, Gouna, and Hurghada. From the famous beach town, she’ll get on a boat with her bike and sail to Sharm El Sheikh and continue her voyage towards Dahab, on to Nuweibaa, then on to St. Catherine, where she will also climb to the top of the mountain. “I’ve only travelled once by bicycle [before] from Cairo to Ismailia, basically because I wanted to check how strong my body is. The route to Ismailia is pretty simple, not a lot of scenery,” Mansour recalled. “But if it’s mountainous for example, I love mountains, so I would probably feel overwhelmed by it and stop and take it in.”

On that trip, she recalls a funny moment, which is telling of how unconventional her goal is. A police car drove up to her as she cycled and asked, confused, what she was doing. “Cycling,” she responded.
“To where?” the policeman asked.
“Ismailia.”
“From where?”
“Cairo.”
“Why?”
“I’m training and because I want to,” Mansour replied, as the man slapped his hands together in disbelief.
“Alright, do you need anything? Are you okay?” he asked her, as they parted.

That trip was 160 kilometres, and the upcoming one is nearly five times in length. The thought of cycling for 777 kilometres would easily frighten most people, but Mansour says, “I do believe it’s always mind over matter. In any single adventure, in anything we do. It’s what gets you up a mountain; it’s not only your training, but what you think, and how you talk to yourself.”

Mansour will, of course, take safety precautions for her unprecedented adventure. “One of my biggest concerns is the up hills,” she said, laughing, adding, “I don’t really have safety concerns. With that being said, my trip will be tracked by GPS, and it will send the exact coordinates of where I am, all day long, to a team that I choose.” That team will have a detailed schedule of where and when she should be, and in case of a real emergency, someone can reach her within 45 minutes.

Aside from cycling, Mansour will also be training with Nour El Din, her husband and one of two men who cycled around all of Egypt, to kayak all the to Damietta. El Din, along with the other round-Egypt cyclist Galal Zekri-Chatila, are inspiration for her, and serve as mentors for her endeavour. Her real challenge will come in 2019, when she will embark on her path to reach every corner of this country with her bicycle. “I’m sure it will be exhausting,” she admits. “But I don’t know how exhausting. I just focus on the training and then try to have the mind-set ‘I will do this.”