After years of a being a mum, our CEO mummy Amy Mowafi feels she is ready to pass on her ultimate learnings to a whole new generation of mummies. And so, these are her top four tips for mummy survival. We accept no liability or responsibility for advice followed… 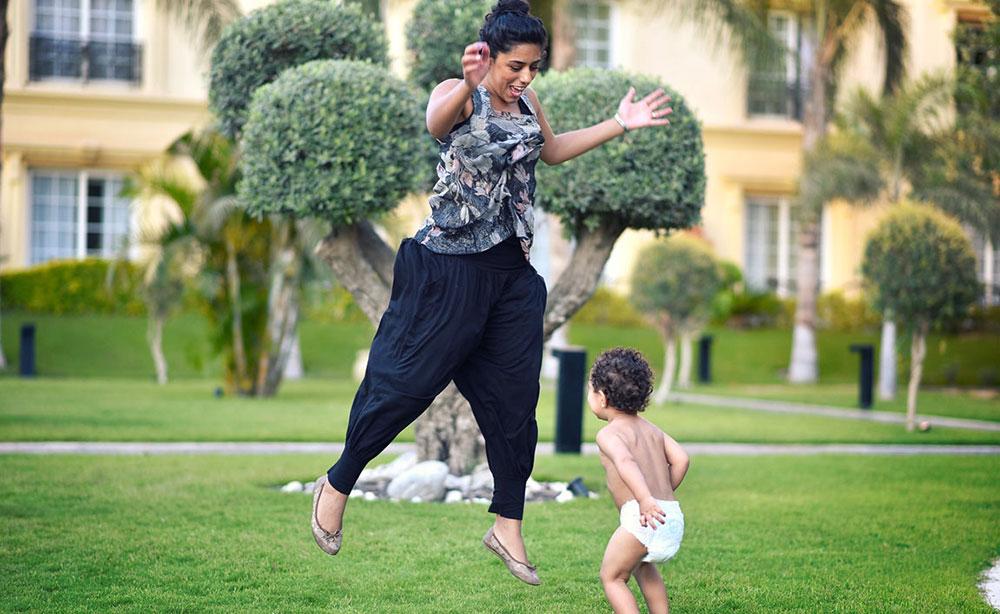 A TV in Your Bedroom

They made me do it. The kids, I mean. I was fiercely against the idea my entire life. I used to read books in bed - actual books that don’t need to be charged. But then babies and breastfeeding happened, and breastfeeding is not like in the movies. You never nurse with a ridiculously blissful smile on your face, while rocking in a chair nestled in the corner of a nursery put together by a delightful designer with a hilarious yet charming Eastern European accent. It’s not like it is on celeb Instagram feeds either. You’ll never find yourself wearing a designer pashmina behind the scenes of a Vanity Fair shoot, looking causal and glowing while waxing lyrical on the miracle of life. NO, THIS IS NOT HOW IT IS! Instead you will be hunched over (likely because of back pain) a small suckling human, in the dead of the night, on a bed in a horrifyingly messy room, your eyes encrusted with the debris of a day you barely survived (and didn’t have the energy to wash off), hating your husband for sleeping blissfully beside you, your hormones playing mind games with you, and you will feel very, very lonely. When this happened to me for the 36th post-partum day in a row, I realised I needed something to keep me company/keep me distracted through these traumatic nights and I couldn’t think of anything better than E! So a TV was hauled into the bedroom and somewhere between reruns of the Kardashians and the E! True Hollywood Story: David Hasslehoff, I came to terms with being a mum.

Now that the kids are a little older and both of them sleep in the bed with me, mainly due to my ongoing ineptitude as a mum, my beloved bedroom TV continues to be a source of great comfort, especially between the hours of 6AM when they wake up, and 8AM when I actually want to wake up. One small click of a remote, and Momo will stop making barking/quacking sounds in my ear while sticking his fingers in my eyes in attempt to pull my eyelids apart, and will turn his attention fully to the pre-recorded episodes of Paw Patrol… #MummyWIN!

A Collection of Elasticated Pants

Because again, Instagram is not real life. And Kim Kardashian is not an actual real person. She only exists on E! on your bedroom TV. As such, you will not lose 30 kilos 30 minutes after you give birth. Maybe not even 30 months after you give birth. And even if you do, between sterilising, and mashing, and not sleeping, and crying, and the baby crying too, and working, and feeling guilty for working and miserable for not working, and not sleeping ever, you will not want to think about fashion. You will barely have the energy to pull up a zipper or fasten a button. And nothing in the world will make you happier than having an array of elasticated pants at your disposal. Trust me on this.

Your Mum as a Flatmate/Neighbour

Even though you think you are behaving normally, you are not. The entire world did not suddenly become deeply irritating; you have become psychotic. But that is OK. That’s what being a new mum is about. And in your darkest hour (not literally, you have bedroom TV for that - I mean metaphorically) no one will actually want to be your friend, other than your mum. So whatever your complicated relationship status with her, forget it all. Keep her close by. Move in with her. Move in next to her. Give her the baby/toddler/small child and go to sleep, go out, or even better, go away. And do any or all of the above often. A good mummy is one who does not need to be institutionalised.

And even if your own mum is crazy and it’s entirely her fault that you hated your curly hair so much you straightened it and straightened it until it no longer went curly and you don’t want her to give your own baby girl the same complex, there were lots of things she did do really quite well. Like bring YOU up. So get over the fact that she feeds your kids sweets, and non-organic cucumbers, and exploit the hell out of her.

The moment your baby figures out that their legs are for standing and not just for kicking you in the face while you breastfeed and watch bedroom TV, ditch the traditional taped nappies and get your hands on some Pampers Pants. Easy to put on. Easy to tear off. The entire notion of having to lie your baby down every time they need to be changed is ludicrous. When they are still little piles of moving mush fine, fair enough, allow them the indulgence. But afterwards when they can control their own limbs, taped nappies are just silly, for the both of you. Instead, starting from as early as a size 3, you can pull up/pull down/rip open/pull another pair back on. You can do it anywhere, quickly, smoothly, efficiently. In the middle of your favourite sushi restaurant for example. No don’t do that (trust me). Just because the Pampers Pants makes it easy doesn’t mean anyone who’s not a parent actually wants to see that. And this probably also means you’re losing the plot and need to give the baby to your mum (along with a nice big pack of Pampers Pants), pack a nice pair of elasticated pants, and go on a well-deserved holiday. 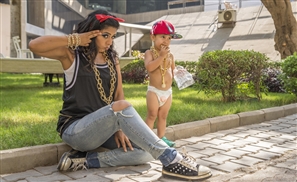 On a recent trip to New York, our CEO mummy Amy Mowafi ransacked the Disney Store [...] 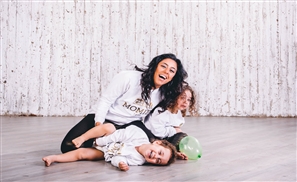 #YaMama: The Importance of Pants 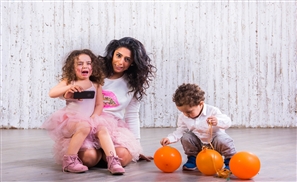 When it comes to babies, it’s not always love at first sight. But somewhere between [...] 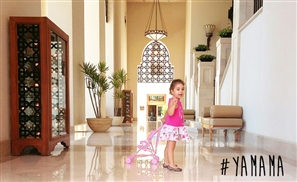 Ya Mama! Four Seasons for the Whole Family

What happens when you let go of all your usual support and venture out of town with [...]
Week Month Year