Six Egyptian men of the world were sent on an adventurously competitive mission to discover the hidden gems of Egypt, each in a different city. Their prize? A trip to Amsterdam! After one incredible adventure, the winning explorer was finally announced... 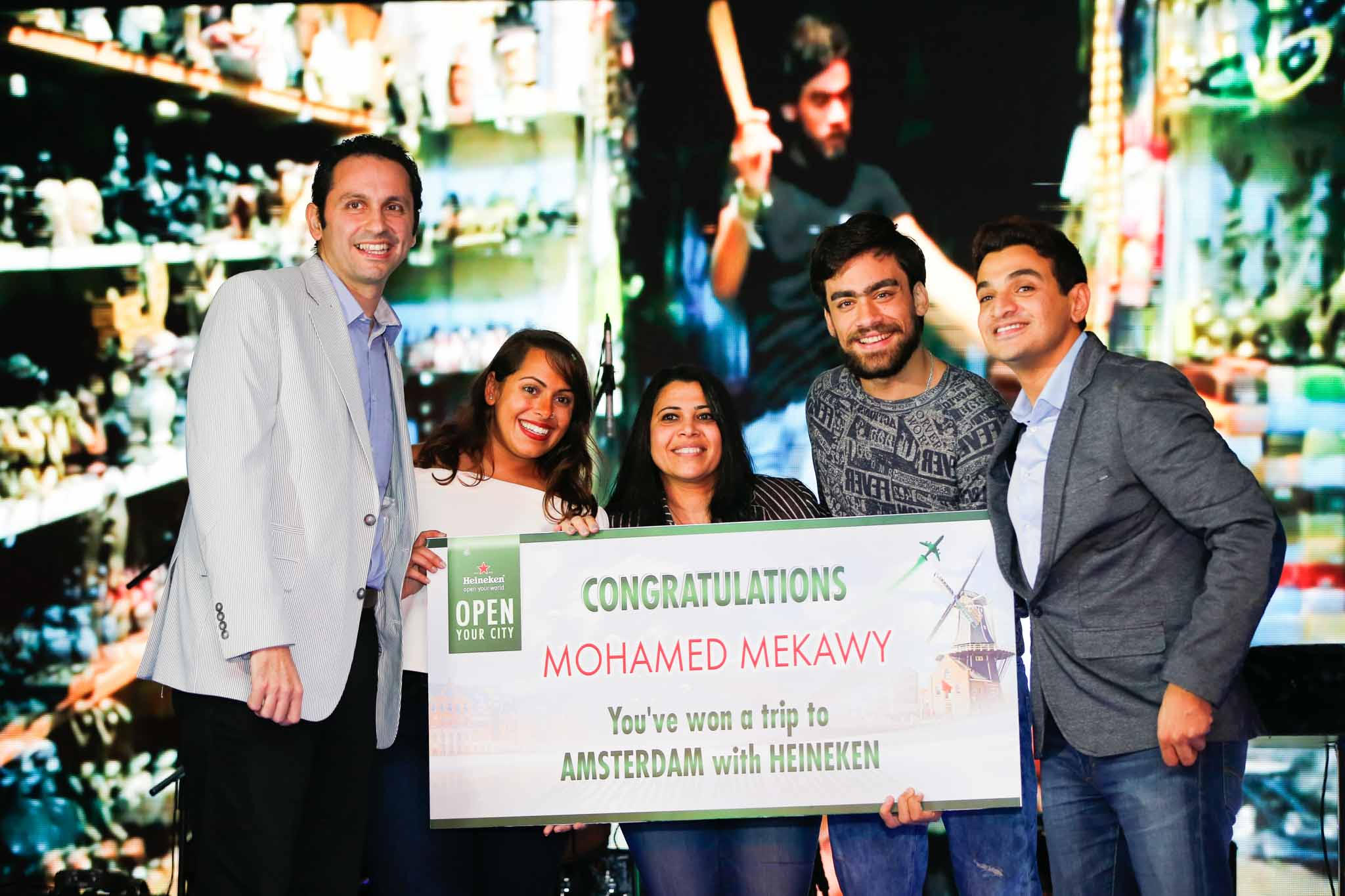 A few months ago, Heineken tapped six men of the world and sent them off on an adventurous mission that reflects the very essence of their #OpenYourCity campaigns; veering off the beaten path and, instead, taking the road less travelled to explore and discover the hidden magic and charm that your city has to offer.

The beer gurus selected six standout gentlemen, dropping each one in a different iconic Egyptian city, and challenging them to reveal the secrets their respective cities had to hold, all while sharing their visual tale on Instagram with the hashtags #HeinekenEgypt and #OpenYourCity. The man who was most able to unveil the intrinsic magic of his respective city was promised a trip to Amsterdam! And so it began.

The explorers were scattered across the country - Shady Alfons shook things up in Sharm El Sheikh; Hussein El Tarawy took on the capital; Mohamed El Shaarawy made his mark on Hurghada; Ashraf Hamdi uncovered the awe-inspiring beauty of Aswan; Taimour Othman adventured in Alexandria; and Mohamed Mekkawy made the magical land of Luxor his home for 24 hours. Naturally, we followed their every adventurous footstep as they roamed the lands, explored the nooks and crannies, and showed us an unexpected and previously unseen side of their city.

After their adventurous tales came to a close, all of the images capturing their odysseys were put on display last weekend at The Kempinski Royal Maxim for fans to vote on which guy wanderlusted the best and showed his city in the most unique light. At the culmination of their journey, Mekkawy was pronounced the lucky winner! The funnyman will be be flying up to Amsterdam, where we're sure he'll put his exploratory nature - which won him this prize - to good use. Here are 10 awesome moments from the big night... Mona Essawy making her decision about which of the six men was the most Indiana Jones-y. Photography wizard Zaatar just looking cool as always with his Heineken in hand. Shahd El-Shaarawy of Young Pharoz in a gesture which we assume must be congratulating Mekkawy - "You go boy." Screwdriver driving the crowd wild with their beats! The best explorer nabs his prize! YAAAAS I WON! NOW I CAN ROLL AROUND IN CONFETTI BECAUSE THAT'S WHAT WINNERS DO.