Ramy Ashour: Out But Not Down

After a 49 match winning streak, and holding the world's number one position for some time now, Ramy Ashour - Egypt's squash champion - has been knocked out of the world championships with a loss and an injury, but remains a role model. 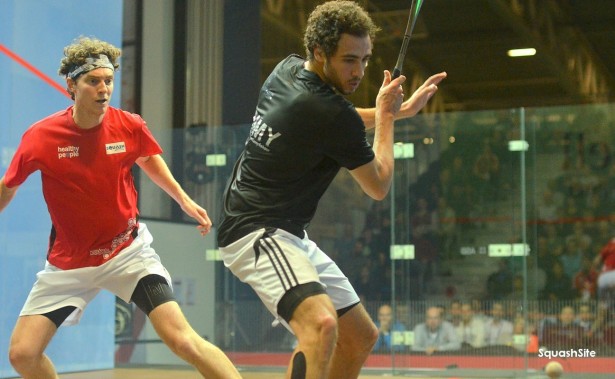 The world's number one squash player, Ramy Ashour, had been on a legendary streak recently, which has unfortunately come to an end in a semi-final match against Great Britain’s Nick Matthew in Manchester last Saturday. Given his loss, and an injury, Ashour has regrettably been forced into retirement.

His winning streak ended with 49 wins in a row. However, heading into the world championship semi-final match, he knew something was wrong with his leg. "I was expecting something wrong to happen but I was trying to stay positive and not to think about it too much," said the defending champion after his first defeat in 17 months.

This great champion is like no other out there. He travels alone and has no coach, physiotherapist, full-time manager, or psychologist. His love for the game is the sole reason he has made it to the top, and is enjoying the highest point average in the history of his professional tour.

Despite his amazing winning streak coming to the end, Ramy Ashour is humble in defeat, and is a shining example of the ineffable Egyptian character:  “I had a great season and I can't complain. You can't win everything." With all the negative lights being shined on Egypt and it's political problems, it is refreshing to find a positive role model that proves that anything is possible with love and hard work.