Saudi Arabia has long been a code name for social conservatism and sexual abstinence but today, Conor Sheils meets the man lifting the lid on the Kingdom's passion for lust and fuelling the country's secret sexual revolution. 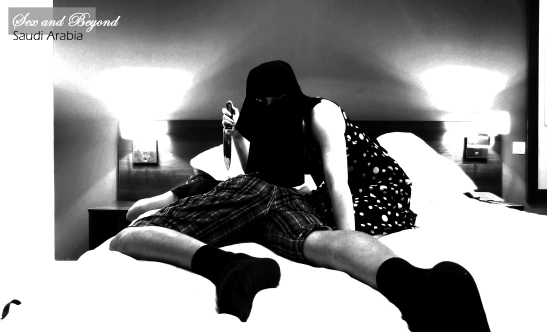 Dr. Abdul Al-Lily, who splits his time between Al-Hassa in the KSA and Oxford, UK, created the Sex and Beyond: Saudi Arabia blog with the view of exposing the Kingdom's sexy secrets to the outside world and boosting Saudi performance in bed. “I set up the blog to enhance cultural exchange between Saudi Arabia and the outside world and to help those foreigners who are (or want to be) in a relationship with Saudis,” he explained. The racy site, which covers off-limits topics including masturbation and homosexuality, has got Qu’raan weilding authorities so hot under the collar that they banned the site inside of the KSA. But that hasn't stopped residents in the kingdom using sophisticated software in order to take part in the raunchy escapades.

The response from sex loving Saudis and curious foreigners has been orgasmic but Dr. Al-Lily claims the site’s taboo breaking topics have been too hot to handle for some within the Kingdom.  “Non-Saudi visitors have shown excitement and cooperation. Saudi visitors, however, thought that I wanted to gain fame through the blog, or that I was just wasting my time or that I was going public about my sin.” Nevertheless, Al-Lily told us that he has visitors from over 170 countries worldwide, adding that “many Saudis do not recognise the value of the blog idea.” However, the Saudi sex maverick chooses to ignore the powers that be in order to spur on the Saudi sexual revolution: “I choose to say nothing to my detractors,” he tells us, with a touch of sass.

When asked if the average Saudi couple were kinky, Dr Al-Lily claimed many of the Kingdom's sex-crazy residents liked nothing better than engaging in haram phone sex sessions. “The following example illustrates the point [of the blog]: many Saudis find merely the female voice to be sexually provocative.”

One thing he is sure about is the continued growth of the site and Dr Al-Lily expects the success to continue as more and more Saudis cast off conservatism and wake up to a bright, new, sexy future. “The future for the blog looks positive as it keeps growing from strength,” he says.