St. Regis Hotels & Resorts - considered one of the top hotel chains on the planet - is making its mark at the New Administrative Capital with its grand opening. 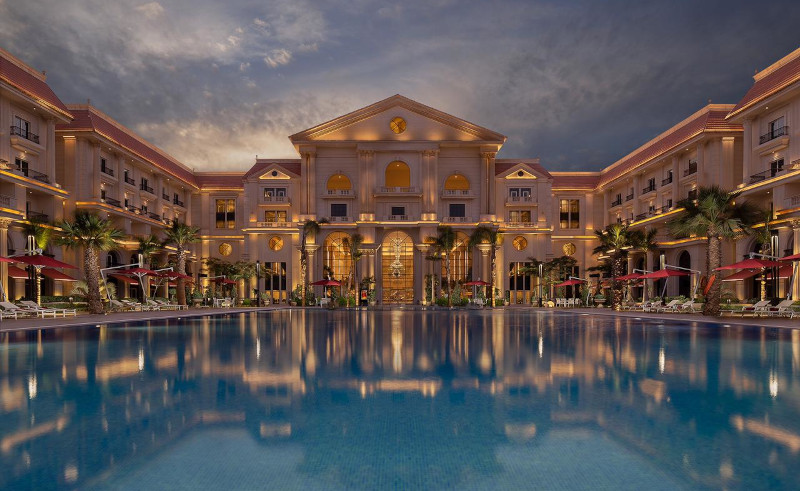 Considered one of the top hotel chains on the planet, St. Regis Hotels & Resorts has landed in Egypt’s New Administrative Capital, where it has opened the doors of a sprawling and stunning new luxury destination, St. Regis Almasa.

Offering 270 rooms, 90 suites, 60 apartments and 14 villas, the new arrival comes as a rebranding of the Almasa Hotel. With each and every room featuring a private patio or balcony overlooking lush landscaped greenery and shimmering pool, the hotel will also offer guests a highly-personalised, round-the-clock signature Butler Service, a signature of the St. Regis name.

The hotel also boasts a range of gourmet dining spots, an additional indoor pool and an artificial beach with waves, while a whole host of world-class holistic treatments are readily available at the hotel's spa, Trio Club House.

This is to say nothing of the hotel's 42,000-square foot convention centre, which includes three ballrooms and dedicated VIP lounges that are set to host official government events, including visits by foreign world leaders and delegations. The hotel is situated near the New Administrative Capital's Art and Culture hub, putting guests right next door to major venues like the Grand Opera House, the Egypt's Capitals Museum and the Capital Library