Supermama: the Entrepreneur Modernising Parenting in the Middle East

Having grown her website, dedicated to Arab mothers and the perils of modern parenthood, into a $3.5 million business, Yasmine El-Mehairy talks success and SEO with Valentina Primo. 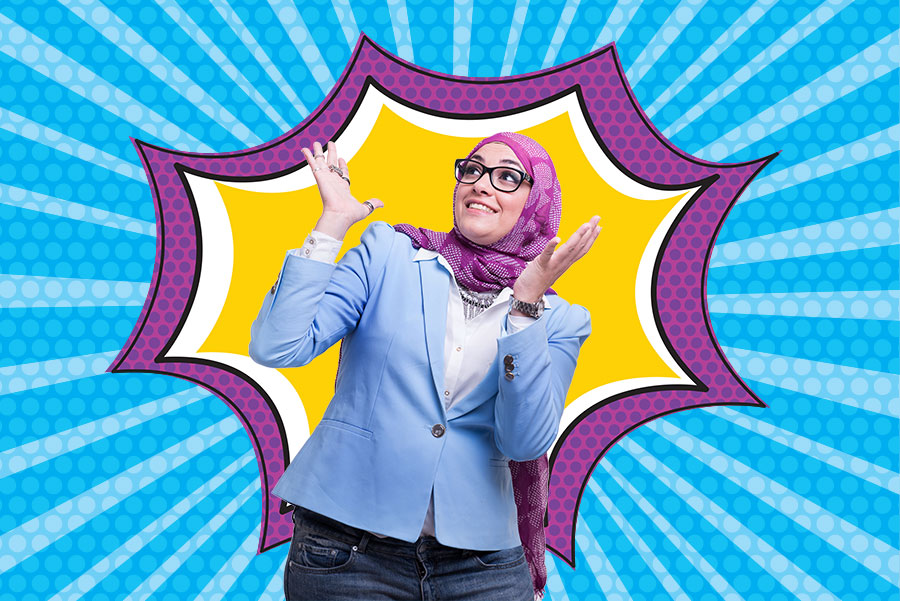 Sitting with Yasmine El-Mehairy wraps you up in a cosy environment, as if you were magically embraced by her motherly voice while she explains how she transformed an idea into a $3.5 million company. Originally an engineer, the entrepreneur filled an existing gap in the Arabic online market, creating localised content for mothers seeking information, guidance and support, from cooking tutorials to medical advice.

Together with her partner Zeinab Samir, El-Mehairy set up SuperMama, a virtual hub for mothers to meet doctors, cooks, companies, and mothers alike, shaping up a platform that has become the Middle East’s leading parenting website, resonating with 2.2 million women across the region. In a talk with CairoScene, the entrepreneur shares her steps in becoming the Arab mothers’ superhero.

You began in 2011, a critical year in the Arab world. How was starting a company at the same pace of the revolution?

We actually started working in it way before the revolution happened, so we don’t like to relate it to the uprising. But the revolution did push me to quit the job I had in a software development company. I had joined in May 2010, but had always known I wanted to create my own company; I just hadn’t come up with the idea yet.

When my sister in-law announced that she was pregnant, that day SuperMama was born too. We were both coming from families made up of doctors, so we would see her calling their relatives in the middle of the night to ask questions. She used to go online too, but we realised that most websites were in English and there was no Arabic content. On the other hand, we also realised there was a lack in the market for communication platforms for advertisers to speak to mothers, so it was the perfect chance to bridge the gap.

Your case is a very particular one: you are an expert in parenting, but have no children. Where did you get input regarding mothers’ concerns?

We went for a scientific approach. We created focus groups, we interviewed mothers of children with different ages and pregnant women across different social classes and they all had one common concern: they had nowhere to go when looking for an answer to their questions. They could only speak to mothers, mothers-in-law, or sisters.

We also spoke to pediatricians and gynecologists to find out women’s main concerns and we started researching for content. We started working with volunteers who wrote about the problems they were facing, but through our Facebook page, a lot of people began sharing their concerns, too. So we have freelance researchers and journalists who interview doctors, specialists, and credible sources, and lifestyle writers, who write the funny articles, such as “things that make you a special mother.” You built a million-dollar company from scratch. How did you initially fund it?

I was a project manager at an IT company, and my partner Zeinab was technical lead for design and development. None of us had business experience. So we thought the best way to go was joining startup competitions. In 2010, we joined the MIT Enterprise Forum Arab Startup Competition and were shortlisted as one of the 30 semi-finalists. It was sort of a shock for us, but it also showed us the lack of experience we had, so training became really important at that point.

When we came back, we reached out for mentors, and the opportunity came to participate in another startup competition, where we would be given a one week training course with entrepreneurs from Denmark and the USA who would work hand-in-hand with us. That made us realise the gaps we needed to fill, and by the end of the training, we won a three-month incubator programme in Denmark, in August 2011.

A very particular time to be abroad.

Yes, it was the middle of the political heat. I remember the day we were pitching on stage was right after the Mohammed Mahmoud clashes. It was crazy, we got on stage and said: “We want to tell you something about Egyptians,” and they automatically expected us to speak about the drama Egypt was going through. Instead, we had come to talk about the mothers.

As we came back to Egypt, we had just launched and Arabnet hosted their first event in Egypt, announcing a startup competition with Google. We didn’t end up winning it, but it gave us huge exposure. Our first funding actually came at the E-novation competition in Poland in 2011, where we were awarded $10,000. After that, investors began approaching us, but we wanted to wait until the project was live. Today, about 50% of the company is owned by equity investors.

The site has now 2.2 million users per month. What was the secret in getting from 0 to 2 million?

Our first milestone was 100,000 and we are now aiming for 4 million per month by the end of the year. The most important thing is the team: we have a very active social media team that answers questions, and continuously communicates with users. We also have strong SEO. Zeinab heads both the technical and the content team, working the link between them, and that helps a lot.

If you had to describe the profile of a typical reader, how would she look like?

We know for a fact that pregnant women are top readers; they find the website on Google while searching for a symptom and end up spending a lot of time across the different sections. Their usership then decreases until the baby is born, which is when they go crazy with questions.

About 55% of them are stay-home mums, but traditionally very young. The typical reader is mostly in her early twenties, having her first baby; she is completely lost, yet she is addicted to the internet - that’s how she has fun - and at the same time gets a sense of reliance. She thinks her mum is a bit old school, so the internet is the solution. Do you feel there is a big generational gap?

Yes, but we try to bridge it in a way. We have some active users who have kids in their twenties and thirties. These are the kinds of mothers who share their experience with new mums. But a lot of things have changed; for example, old school physicians would tell you to feed your child anything he can eat, whereas modern approaches to diet recommend introducing certain foods progressively according to the age. A lot of mothers, however, still choose to follow the old school nowadays.

Would you say there are needs specific to mothers in the Middle East?

Yes, and this is definitely one the main reasons we put so much stress on localised content. Local content is not just about the language; if you search in a website about teenage mothers in Europe, you will find questions like “what age should I let my daughter date?” which is an understandable concern in Europe. But if you put that in Egypt, they will tell you: “My daughter, dating? Kill her!” Likewise, in our region we have specific concerns like the typical problems of gender-based careers.

We try to stay un-biased. We are obviously pro-equality, so we will never advice a mother to treat their daughter differently than her son, but we will never be confrontational about it because at the end of the day, you hope that by spending enough time on the website they will learn something along the way. We have had many issues when discussions are related to religion, but in those cases, we blocked them because we are apolitical and non-religious.

With the social changes the 2011 uprising encompassed, do you feel parenting has changed in the Middle East?

I tend to see that mothers are taking control of bringing up their children now, whereas before they used to throw it down to the nannies. There is also a growing movement to implement Western methods of education, such as Montessori, where the kid is taught to be more emotionally independent and aware of things happening around them, to take responsibility for his actions. These methods help grow their personality and creativity, and along with that is the positive parenting approach.

You have become a leader in online content; where do you see the trends going?

Our first change came when we realised people related more to video than written content. So we expanded and re-shaped our video channel. We used to have short pieces directed to specific content, but now we have several shows with a hostess on the screen who establishes a relationship with the viewer. The second change is consumption methods: today, 70% of users are mobile-based, so we continuously improve our mobile designs, and we are considering applications as well.

Was it more difficult to succeed being female entrepreneur?

It was neither more difficult nor easier. We tend to think beyond gender, so we forced people to look at it this way and that made a big difference. I never felt that any man had an advantage over me, so that reflected in the way I talk to people; it’s a matter of confidence. My partner Zeinab and I complement each other, that’s what made us stand out and fight difficulties. There were days where we just wanted to hide into a corner and cry, but we never gave up. It was working until we made something great or died trying.