Big butch men chasing a round a misshapen ball. Rugby, it seems, has arrived to Egypt and one man is on a mission to spread the rugger gospel... 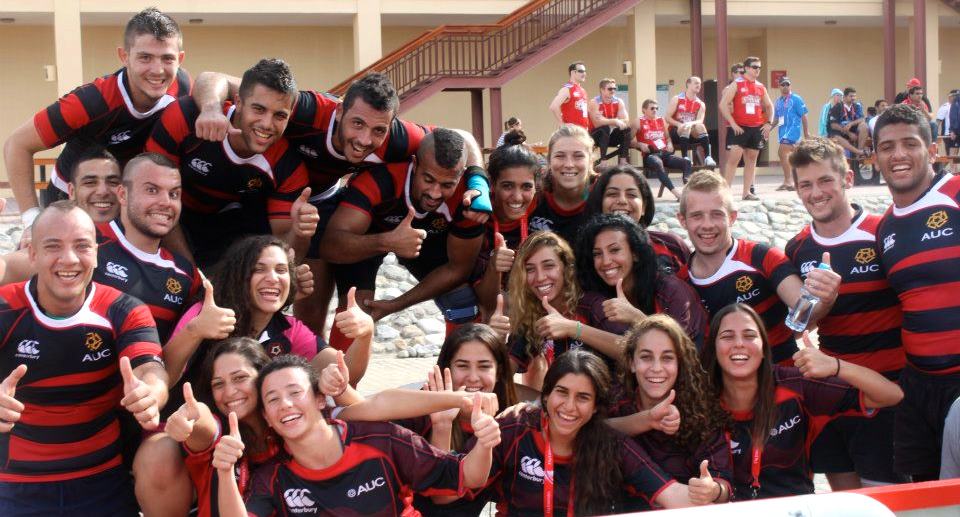 So apparently, there's an Egyptian rugby scene. It's small but it's hardcore, and one group of die-hards is battling to get their sport of choice fully recognised by government bigwigs.

Hassan Kahled, one of the founders of Alexandria's Rugby Club and the ‘Tackling Rugby in Egypt’ organisation (designed to promote the sport in the Land of the Pyramids) tells CairoScene that they’ve recently been experiencing unprecedented interest. “In 2008 there were only 30 to 40 regular rugby players in the whole country,” he says. “Now there are over 400 active players engaged in cubs or national team activities. There are eight teams playing a two division league, three national competitions and even four ladies teams!”

But Egypt's rugby lovers still have a long way to go before getting the recognition they require on home turf. “We sought the aid of the international and regional bodies that govern Rugby like the IRB (International Rugby Board) equivalent and the CAR (African Confederation for Rugby),” says Khaled. “And they were quite helpful in the recognition process and developing programs but still our biggest obstacle is receiving the national recognition from the Ministry of Sport. We have been pushing a file for recognition since 2008 and every time we were asked for lots of paper work but now they are finally starting to show an interest in the game.”

With a petition in the works and plans for developing the sport with the aid of national and international Olympic committees, Khaled remains positive. "We are launching a new program for Rugby in schools with the aid of the CAR that will secure the future of this sport with new players added every year."