The Cupcakes Behind Nola

Having caused a culinary frenzy in Egypt, Adel and Laila Sedky maybe adding inches to our waists but they're also putting joy in our hearts... 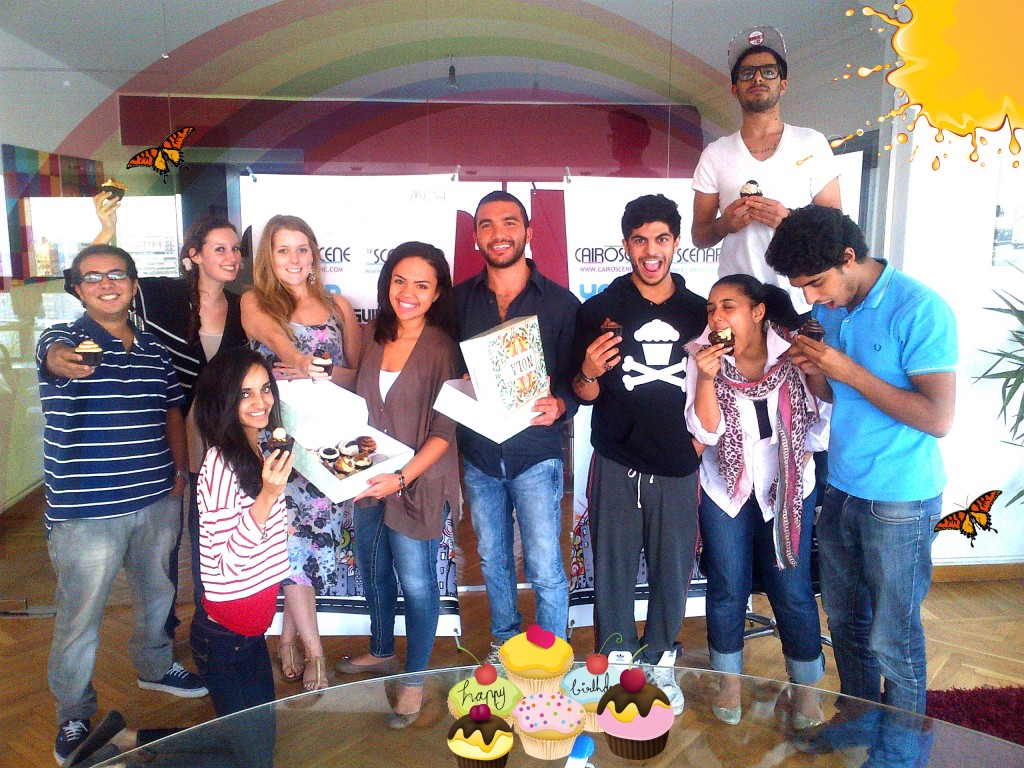 NOLA Cupcakes need no introduction. They’ve been injecting sugar, carbs and happiness into our lives for two years now, putting regular-sized cakes to shame with their interesting flavours, home-made feel and, if we do say so ourselves, brilliant marketing campaigns. Having expanded to a second, massive Maadi location and with their original Zamalek branch always packed to the brim, NOLA Cupcakes are selling like…well…like hot cakes. We sit down with the Adel and Laila Sedky – the adorable brother and sister combo whose bakery empire is changing the way we snack. The cute little cupcakes behind NOLA talk cocaine, Crumbs and cupcake wars…

What is a cupcake?

Laila: A cupcake is our dosage of happiness to the city.

Where do you buy the  ingredients for happiness?

Laila: Happiness comes from the people around us and all their positivity.

Laila: Definitely more addictive because you can’t live without happiness. Cocaine is BAD, cupcakes are good for you!

How did you guys start?

Laila: Adel and I both studied in Montreal and during that time we started noticing that it was very individualistic city. But we would always have dinner parties and realised that people would come together over food. Especially Egyptians.

Adel: Laila came back to Cairo a year before me and we realised there was waffle craze at the time, then there was this cupcake buzz. But only through social media and online; no one that we knew of actually opened a store. It was a huge risk when we invested into it but we went ahead. There was this beautiful store in Montreal called Itsy Bitsy that inspired us. Their cupcakes were amazing but their business model sucked. Their recipes are awesome but they didn’t know how to sell themselves. We went to NY and saw Magnolias and even though their product wasn’t as good as Itsy Bitsy, their branding and marketing was incredible. So we tried to combine both these stores into NOLA.

So first it was waffles, now it’s cupcakes. Are you worried that the trend will pass?

Laila: I think it started out as a trend but people realised, over time, that NOLA is more than that. People first came to jump on the trend but they keep coming back for more doses of happiness.

Adel: And a big part of it is the quality of the product. Our products support our branding rather than the other way around.

Most of your ingredients  are high-end like Belgian chocolate, adding to the quality of flavour and depth.That  leads us to the obvious question: what’s your favourite cupcake… from Crumbs?

Adel: I’ll say that, hands down, their cookies are amazing. Their cupcakes…

Are there cupcake gang wars between NOLA,  Crumbs and Sugar & Spice?

Adel: We love all the cupcake stores in Egypt!

Laila: I really do respect Crumbs and Sugar & Spice and I’ll tell you why. There are people like Koueidar who I respect for their prices and variety but I believe they could have expanded and I’d love to see homegrown Egyptian brands recognised for what they bring. There’s no one here in Egypt who doesn’t know Kouiedar but they could take it a step further. So I respect the smaller brands who do put in the effort to take Egyptian brands further, like Crumbs. Having a competitive market helps us all.

How high do you get on your own supply?

Adel: The minis are my problem. When I’m nervous or stressed I demolish the mini cupcakes.

Egypt is going through a child diabetes crisis. Do you feel you have contributed to this?

Adel: We have our “free cupcakes”  as in  gluten-free and dairy-free cupcakes, so we do take care of the diabetic and diet market!

But are there actual free cupcakes?

Laila:  YES! We have CUPCAKE WARS every month where we create two new flavors and let customers come try and choose their favourites.

Adel: There’s a huge chance that every time you come into NOLA we might offer you a free cupcake!

What’s the strangest design someone asked you to put on a cupcake?

Adel:  Hahaha someone wanted us to put ecstasy pills on their cupcakes!

Laila: It was for her boyfriend’s birthday.

So if we were hosting a white supremacist party and we wanted cupcakes with Nazi swastikas on them, would you do it?

Laila: If it will bringyou happiness, definitely. Whatever makes you happy, you will find it at NOLA.

Adel: We never say no at NOLA!

So when you told your dad that you want to make cupcakes, what did he say?

Adel: He supports us. But there’s a huge generation gap and he didn’t really understand it. He wished us all the best, but he didn’t believe it was going to be something.

What about your next franchise here in Cairo. Where’s your next store?

What’s your most popular cupcake?

How many cupcakes do you sell a day?

Both: HAPPY BIRTHDAY TO NOLA!!!!

Laila: Last year for NOLA’s first birthday, we were planning something really big but it was the time when the country was unstable. So we did 10% off that day for customers to enjoy our cupcakes and we didn’t want to go all out out of respect. But this year, we’re going all out! We wanted to share all the special moments and memories from the day we started.

Adel: NOLA wouldn’t be open for the second year without customers and supporters

Laila: So we asked everyone to send in their pictures of #NOLAMEMORIES for a display that’s up all month and on the actual birthday the store was filled with family, friends, guests and our loyal customers! We wanted to let everyone know how special they are to us and how important they are to our success.

Keep on top of everything going on at NOLA Cupcakes on their Facebook fan page here, follow them @NOLACupcakes or visit http://www.nolabakery.com/