The Democratic Republic of Zamalek: The Return of the Prodigal Son (Part I)

Marc, who vowed never to return to Egypt, finds himself at Cairo International Airport for the first time since the establishment of the Democratic Republic of Zamalek, and he has no idea what to expect. 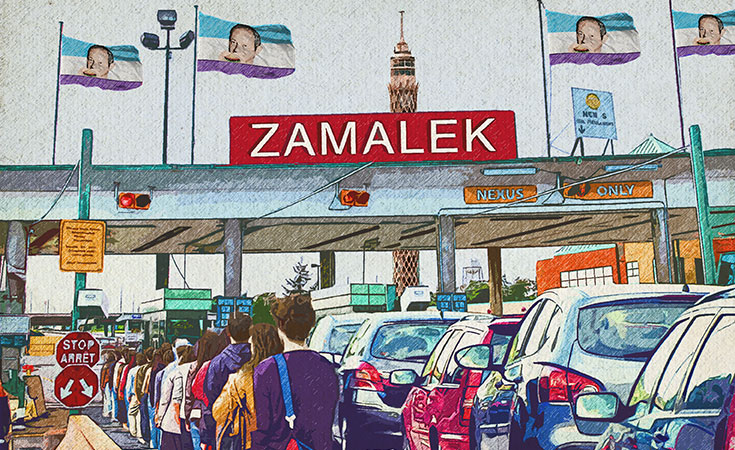 In the previous installment of the tale of Zamalek as a sovereign state, the island nation finally acquired independence and the battle for power had begun...

Cairo International Airport is buzzing with passengers eager to retrieve their luggage. Marc is among the tired crowd, patiently waiting for the baggage carousel to deliver his suitcase. He wasn’t planning on returning home. He left Egypt four years ago, aged 19, and swore never to come back, but a panicked phone call from his mother made him reconsider his vow.

As he exits the terminal hall, he is greeted by a claustrophobic sea of taxi drivers haggling for his business. He circumvents the aggressively insistent ones and lands on the calm demeanour of Atef, an old-school mustachiod cab driver. After placing his luggage in the trunk, the fateful question finally arrives: “Where to ya Basha?” Upon hearing Zamalek, Atef laughs: “Oh, so we are going overseas… I’ll take you there, but I can only drop you off at the border.” Marc read the news about the island’s independence but this entire affair still feels alien to him: “What border? How exactly does Zamalek function these days?” The taxi driver, realising that his customer hasn’t been there in a while, doesn’t want to spoil the surprise. “You’ll see,” he says.

The journey is steeped in silence until traffic on 6th of October Bridge propels the young man to engage in conversation, asking Atef what he thinks of Zamalek’s independence. The veteran cabbie gathers his thoughts before sharing: ”It’s bad for business. That’s where I used to go on Thursday and Friday nights, but now we are barred from entering. It’s very weird… A country within a county. I don’t know how they managed to pull it off, what happened behind closed doors, but to tell you the truth, I am not surprised.” Marc asks him to elaborate and Atef continues: “Well look at me, and look at you; we are worlds apart. I will always be the one waiting at the airport. You will always be the one going in, coming out… It’s a bit like Zamalek, isn’t it? There has always been a border there; the only difference is that now it’s official.” Marc isn’t sure what to say; he knows that he has a point, but the raw truth often makes those with privilege feel uncomfortable. As the taxi approaches the bridge exit to Zamalek, Atef offers parting words: ”I have to leave you here. Good luck, son. The people in there have always viewed their island as a little Europe shielded from the butthole that is Egypt, and in Robert Menzaman they have found their golden shatafa. But let me tell you something: you can’t create a paradise in hell. It may take some time, but the devil always finds a way to remind the people that this is his home.”

Luggage in hand, Marc is currently walking on the exclusive pavement leading to the exit of the bridge. On his left, cars are slowly descending into the belly of the beast; in front of him, pedestrians are advancing in an orderly manner towards the only access into the island by foot, a narrow metallic revolving door. He is a clearly bit shaken, his discomfort visible through zigzag steps and episodic headshakes. As he approaches the end of the bridge exit, Marc finally has a proper glance at the imposing border, which looks like a tollbooth on steroids. The cars are separated into three lanes, each one painted in a different colour. He notices those very same colours - purple, white, and blue - on the new country’s flag, dancing proudly to the wind atop the main security checkpoint. He would later learn the three ways to enter Zamalek by car: a blue pass for the island’s residents and Gezira club members, a purple pass for the business owners and high-end employees, and the white pass, valid for one month, reserved for tourists and guests. All one needs is to insert the exclusive pass in the machine and the automatic barrier gate lifts up.

Marc is now within a whisker from the metallic revolving door. The last person in front of him in the queue, a frail-looking elderly man, hands the border guard a yellow piece of paper and waits for the green light. Marc can overhear their exchange: “It says here that you are the security guard of that Vodafone shop in Mansour Mohamed?” The border guard glances at a sheet and continues in a firm voice: ”That shop closes at 10 PM; you have until 11 to return here and retrieve your pass or I’ll confiscate it and you’ll lose your job.” As the border guard moves sideways to allow the elderly man to go through, Marc watches his resigned posture advancing slowly into the quiet streets of Zamalek before being swallowed by the fog.

“Next!” The guard extends the palm of his hand, expecting to review the umpteenth yellow pass of the day, but the only thing Marc can produce is his beta2a. “What the hell is this? This is obsolete ya habibi. You have to apply for a yellow pass from the Office of Employment. Stop wasting my time and come back when everything is in order ya ostaz Menz…” the guard stutters as he notices the name on the ID. His tone suddenly shifts to one of accommodation: “Oh, I am sorry ya basha, we were indeed informed that your excellency would be arriving today.” He grabs his walkie-talkie and summons one of his minions over, whispering into his ear: ”Samir, this is him. Make sure all goes smoothly.”

Samir grabs Marc’s luggage and guides him through a secret passage. On the other side, waiting for him, is an elegant man in a suit and white gloves standing in front of a luxurious car. He approaches the young man and introduces himself: ”Mr. Menzaman, my name is Karim and I work for Gourmet Taxi. Your father sent me to get you. Welcome back home, sir.“ 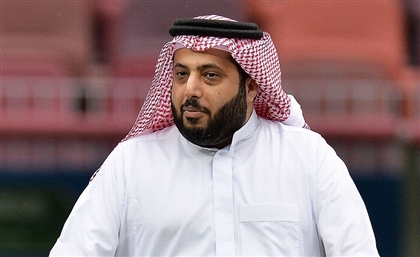 Pyramids FC: The New Boys on The Block Stirring Things up in Egyptian Football

Pyramids FC, the new football club in Egypt is creating a football revolution. [...] 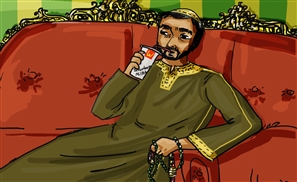 In the second installment of the story of an independent Zamalek, the island nation [...] 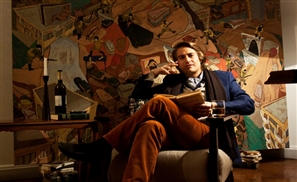 The Democractic Republic of Zamalek: The Meeting

In the first installment of the story telling us of Zamalek's ascent to a sovereign [...]