Brand Ambassador Ken Lindsay shares the legacy of Chivas ahead of a historic, once-in-a-lifetime event here in Cairo. 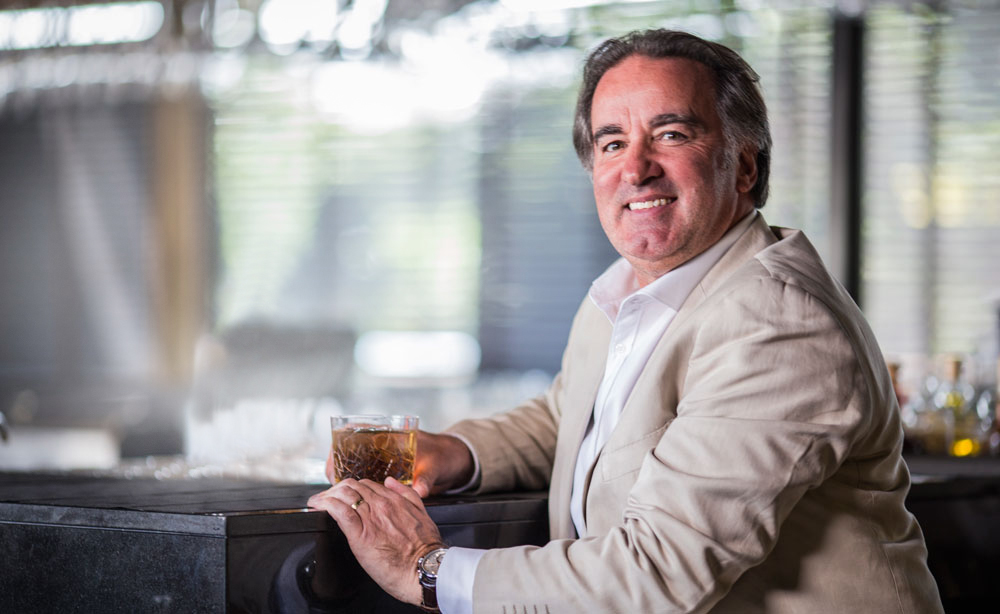 This past week, we were invited to a once-in-a-lifetime experience courtesy of Chivas Regal 18 hosting an unprecedented 18-course dinner prepared by Michelin Star chef Giorgio Diana of Pier 88. The dinner was held in celebration of the exquisite Chivas Regal 18 and utilised most of the 85 flavours present in the legendary whiskey. Before the luxurious event, we had a moment to speak with Chivas Brand Ambassador Ken Lindsay about the legacy of this legendary brand, his experience, and what made that night so special.

Ken Lindsay is a proud Scot with more than 25 years' experience working with Chivas, with a background in marketing in different sectors. He was the International Marketing Manager for Chivas for five years before auspiciously landing a job as brand ambassador. “I had the marketing skills and knowledge of the brand to get out in front of consumers, our own people, sales and marketing, people in the trade, and the media,” he said in his trademark accent, a glass of Chivas Regal 18 on the rocks in his hand. He continued, describing his move from a role more dedicated to behind-the-scenes work to front-and-centre; “it’s a frontline role, using the knowledge and the skills I developed over quite a few years."

As a Scot, Mr. Lindsay’s passion for Chivas and blended whisky is part of his DNA. His excitement for his job, even after being at it for more than 20 years, is palpable. Our inquiry if he felt excited about taking on that role was met with an outburst of “absolutely! Like my dad said at the time, ‘this would have been my dream job if I was 25 years younger.' My father was a very gregarious guy, similar to me – very personable and sociable, very interested in scotch whiskey and traveling the world.” He continued to exude nothing but love for his career; “it’s a great job. It combines my love of travel, culture, language, and people, with the best product from Scotland – it’s a marriage made in heaven." Having learned French in school, Lindsay also became fluent in Spanish through working with Chivas in Spain and Latin America. He also speaks Portuguese and is learning Italian. “It’s a hobby, but it also helps a lot with work. If you can communicate with people in their own local language it’s so much easier than relying on an interpreter," he explained. "It makes the conversation flow better and it makes me feel better about being in a country."
With his mastery of the romantic Latin-rooted languages almost complete, Lindsay may be moving on to Arabic. As he explained, "Chivas is here for the long term. We’ve been here for more than three decades and we’re still going to develop our brands here and also throughout the Middle East. I’ve already been to Jordan, Tunisia, and Morocco.” With so much of the MENA area already in his passport, it’s plain to see that he still is eager to get to know it and its people. "It’s a region that is extremely interesting to us and we see ourselves as kind of pioneering. There are not many people that are coming out and doing things like this. This Chivas 18 dinner collaboration with chef Giorgio is a unique event that's never done before in the world– and it’s just one small part of us putting more focus on the region and Egypt in particular," he explained. When asked for a brief overview of the over 200 years of history and heritage associated with Chivas, Lindsay’s eyes lit up with an almost childlike excitement. "Dating back to 1801 with the Chivas brothers starting up in a very modest grocer’s shop in Aberdeen in the north of Scotland, and then developing their expertise in whiskeys and blending until they were focusing 100 percent on scotch whiskey. Then through the 20th century, Chivas Regal was the first and best luxury scotch. It was launched in 1909, to a very thirsty US market, as a 25-year-old whiskey;  no other whiskey came close to the quality and prestige that it had,” he dictated. "Chivas came back in the 1930s as a 12-year-old and has built on its reputation and quality since then," Lindsay went on.

Regarding the different expressions of Chivas, Lindsay said he has no real favourites, but the Chivas Regal’s 18-year-old  certainly holds a special place for him and other scotch drinkers on their shelves. The future beyond the excitement of an 18-course meal utilising 85 flavours also looks promising according to Lindsay