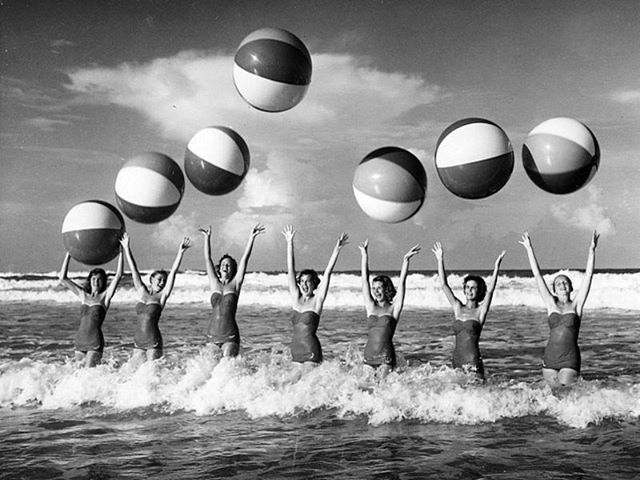 Unless you’ve been hibernating in a cave or under some God-forsaken rock, you’ll have noticed that summer is upon us.  The sudden concern with how much weight we’ve put on over the last year is in the air and the horror as to how we will look in our swimsuits by the pool or as we lay on the beach eats away at our minds like a vicious flesh-eating bacteria depicted only in grotesque horror movies from the 80s.

Overall, people are glowing. This is mainly because they’re sweating profusely at all times and in the most unattractive of places. I personally have the uncomfortable ass-thigh sweat thing going on which involves me leaving butt-prints all over Cairo in taxis, in waiting rooms, on my couch at home, baffling many and I’m sure scaring my peers into thinking that I have some sort of bladder-control problem. It’s not helping with the whole ‘being single’ thing either.  A sweaty ass doesn’t exactly scream ‘sex bomb’.  And I’m not even going to talk about pit-stains.

But those are only a few of the perks of summer that I’ve grown to love over my quarter century lifespan here on God’s green earth.

Sitting here on my couch in the North Coast of Egypt in the family summer villa, looking out at the unpredictable ocean that is hidden under night’s blanket, I find myself involuntarily reminiscing over my earliest summer memories. And in all honesty, I don’t know whether to laugh or cry.

I remember the first time I ever saw a bikini. I was living in Canada at the time and I couldn’t have been more than six or seven years old. Up until that point, I’d only ever seen one-piece swimsuits and I was absolutely astounded with the idea that a swimsuit could be in two pieces. It was revolutionary and dammit, I wanted to have one. I recall my innocent, excited, seven year old self looking up hopeful, full of optimism and expressing my desire to wear a bikini… to my mother.

My mother made a face that to this day I strongly believe is the same one made by zoologists walking around animal habitats looking through and analyzing the feces of different primates.

Her response was simple and concise enough.

It took me a while to muster the courage to ask her why, but when eventually I did pose the question, it simply elicited the same facial expression from my mother as before as well as an equally concise and abrupt answer on the matter.

“It is against our religion!”

Summer also takes me back to the numerous swimming classes that I had to endure during middle and high school. I just want to say that I fucking HATED swimming class.  I was the shortest, slowest swimmer. I couldn’t sort my breathing out so I was constantly sputtering and gasping like I had chronic pneumonia and every time I tried to dive, I ended up belly-flopping, creating very much the same effect as a large shit hitting the toilet bowl.

Ultimately, I just want to say that it is completely unreasonable and downright sadistic to expect a teenager with acne and some serious body confidence issues to squeeze herself willingly and voluntarily on a weekly basis into a swimsuit and parade her up and down the pool all the while expecting her to have a smile on her face. I was never a great swimmer (I’m still not) and seeing as you know that I have issues by now, it’s probably no surprise to you that I avoided swimming like the plague.  I mean you can’t organise your breathing when you’re too busy not breathing so that your big belly doesn’t show through the skintight latex that sticks to your body.

In fact, I always saved the best excuses (“I think I’m getting sunstroke in the shade because of the light reflecting off the surface of the water”) for P.E. class.  I was a really good student in every single other subject, but when it came to swimming class, I used to get my period about five times a month which was PERFECT because we had a male P.E. teacher for years and he was not the kind of person to try and understand the inner workings of my menstrual system. Either he knew that I was full of shit and prayed that one day I would drown in a pool of my own saliva or he figured that I had a chronic bleeding issue that would soon be the end of me anyway which, in turn, would spare him having to kill me himself.

Regardless, I spent the better part of grade 7, 8, 9 and 10 sitting on the sidelines of my swimming class, laughing at those that a) didn’t have vaginas and therefore no menstruation cycle and b) were forced to learn the butterfly stroke, which to me still looks like an underwater seizure.

But if I’m really going to reminisce about summer, I can’t not mention the apex of my summer-induced insecurity and insanity.  I’ve mentioned that my mother was strictly against bikinis (“What’s the point? Just walk around in your underwear…it’s the same thing!”), but growing up I still wanted a bikini and I expressed that little dream of mine often, particularly to my uncle who had always been far more open-minded than my mother on most matters. So one time, on a visit to Paris, France, which is where my uncle lives, my aunt (his wife) surprised me by buying me a bikini. It wasn’t a full-on bikini… it was like a sports bra and shorts, but to me, it might as well have been a skimpy thong with no top attached. I WAS SO EXCITED!

SO EXCITED to the point that I decidedly ignored my mom in the corner of the room trying to politely thank my uncle and aunt for buying me the swimsuit of my dreams whilst simultaneously looking absolutely horrified… like I was about to go off, put the bikini on and go stand on the side of the road looking for customers. I was so elated, so overwhelmed that my prayers had been answered that I was only brought back to reality by the following sentence:

“Go try it on and come show us how it looks.”

SHIT!!! All of a sudden I realized that even though I wanted a bikini, my body was so not ready to be in one. I had these big I’m almost three months pregnant sides and an ass the size of a continent. I had a belly that comfortably rolled itself into three speed-bump type things onto my midriff. And I hadn’t quite mastered the hair removal process at that point either, so there were random patches of growth that had not really been dealt with that made the ‘go try it on’ part of having a bikini make me want to shit my pants.

Standing in the bathroom, in my underwear at the age of about fourteen looking at the beautiful bikini that I was expected to present to a panel that was scarier than the judging panel of Project Runway, I wondered why the hell my bikini dream out of all of my dreams had to come true. I needed to do some serious damage control… fast! I had to do something to appease the gods; I needed to let this cup pass from me.

So after about 15 minutes, at which point, my family must’ve started to wonder if I’d been kidnapped on my way to the bathroom, I came up with a genius plan. I was going to wear the bikini ON TOP OF MY UNDERWEAR. After all, Superman could get away with wearing his underwear on top of his suit! Why couldn’t I rock the look?

Looking back, I don’t know why I thought that doing that was going to help.  I can only say that I panicked and soon enough, I unlocked the bathroom door and walked out into the living room, not only showing everyone my underwear (bra and panties), which was poking out awkwardly from under the bikini, but also refusing to look up as I tried to cover up all the extra skin on display by using my forearms.

I looked like a sex-trafficked teenager being auctioned off for her virginity.

Everyone tried to be sweet about it, except for my two male cousins who were as sensitive as sandpaper:

“Dude, why the fuck are you wearing your underwear under your swimming suit?”

“What the fuck is wrong with you?”

I hated them at the time for noticing that my cunning plan had a few holes in it, but in all fairness, I looked like a FREAK! Edward Scissorhands had nothing on me at that particular instant.

I have bought a bikini since and every year, I’ve told myself that I’m going to have the guts to go ahead and wear it on the beach or by the pool, but to this day, I’m still making excuses to get out of having to do it.

I forgot my bikini at home.

I need to loose about one hundred and one kilograms first.

The world isn’t ready to see me in a bikini yet.

It is against my religion.

I’ve obviously come a long way since that frightened teenage girl looking like a retard standing in the family living room with everything about her calling out for therapy. Being the BITCH that I am, I have no shame really and I talk about anything, but it’s still been a struggle for me when it comes to shedding my past fears and insecurities and actually DOING the things that paralyze me with dread.

Every day is a work in progress, and I still eagerly hold out for when I’ll have the balls to parade around in a bikini (not literally of course, although that might be interesting…), which is why I love this quote from Albert Camus:

“In the depth of winter, I finally learned that there was in me an invincible summer.”

I don’t think it can be said any better than that, so I’ll leave it there… particularly because I’ve been sitting for so long on the couch, I’m pretty sure there is going to be an eternal ass-sweat stain on it.  So attractive.

And who knows? This year might just be my bikini year. We’ll have to wait and see.