Things We Should Tax in Egypt

Colorado collected $2 million in taxes on pot sales, just a few months after legalising it. Can you imagine how much Egypt would make if they legalised hash and taxed it? In fact, here are some other things we could tax that would rocket us to rich country status... 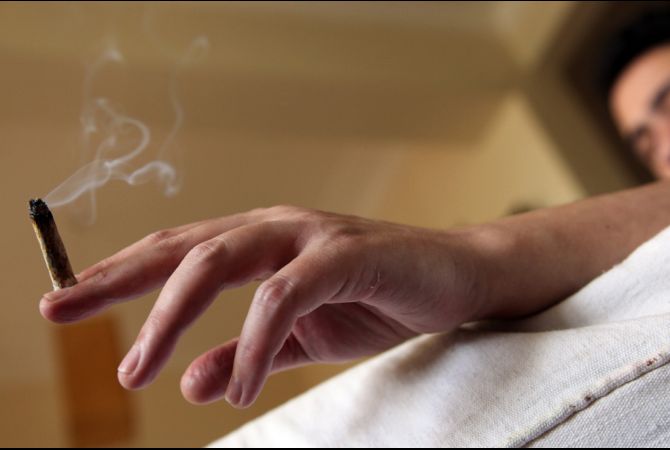 Confirming what we've said all along about legalising hash being the best move for humanity's collective good, the state of Colorado, collected a whopping $2 million in taxes a few months shortly after the drug was legalised and regulated. This $2 million comes from approximately $14 million in recreational marijuana sales since just January 2014. Holy crap. We would just like to say that we should probably become government advisers because clearly, we know what we're talking about when we say legalising hash in Egypt would really help our economy, creating an endless revenue stream. Colorado officials say the money will be used to build new schools (what a coincidence; we just so happen to need new schools) and possibly for advertisements against driving while high (while this is much needed in Egypt, it would be a waste of money because no one in our population would ever listen to such nonsense). Can you imagine the vast improvements in our country if we legalised hash and started taxing it? We'd be a first world country in no time. We'd have diamond-encrusted buildings and streets paved with gold.

While we're at it though, here are some other things we could tax here that would instantly rocket us to rich country status.

1. Every time you cut someone off. That would make those damn microbuses think twice before they suddenly decide it's a good idea to turn their vehicle into your lane.

2. Every time one of our politicians embarrasses us as a nation in international media. Stop touching your balls Morsi.

3. Every time an Egyptian hairdresser gives you a bad haircut that makes you look like a lesbian. Or for that matter, every time a hair dresser chops off two-thirds of your hair when you specifically asked for a fucking trim.

4. Every time someone says "khalas khalas de2tein weh 7akoon henak!" and they're actually still at home, smoking a joint in their underwear.

5. Every time a fight breaks out for absolutely no reason, except that one guy looked at the other one the wrong way.

6. Every time someone honks for no reason. THERE IS NO CAUSE FOR HONKING IN AN EMPTY STREET, PEOPLE.

7. Every time one of the wonderful males in our population gathers up all the gross shit in their throat and spits a massive blob of it onto the floor. We're not animals. No one wants to come across a puddle of phlegm.

8. Every time someone swaps a 'b' for a 'p' and vice versa. If you can pronounce both, use them correctly.

9. Every time someone tells you 3o2ballik/lak at a wedding. This will be the highest tax of all. We never want to hear these words uttered again.