Directly based on the time the massive Evergreen cargo ship got stuck in the Suez Canal, an indie developer created a single player game that sees how well you can steer a ship yourself. 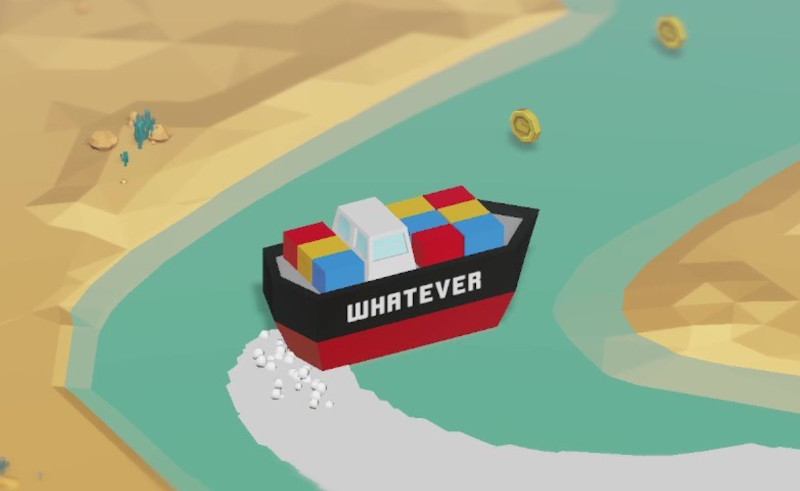 So you watched the massive Evergreen cargo ship get lodged in the Suez Canal and thought, you know what, I could have made it through that sandstorm without blocking one of the most important trade routes in the world. One independent game developer named Napas Torteeka had similar ideas, and created a game to try it out for himself. 'Whatever' is a single player game on Steam with nine stages and two bosses, all about the challenges of drifting a cargo boat without making a mess of things. While the first level takes place in the desert canals of Egypt, the game quickly escalates with new locations and dangers, from New York to the Arctic, from whirlpools to alien UFOs.

"I aimed to finish the project before the real ship left the Suez," the game designer shared online. "But the ship was rescued in a few weeks... I continued working on this game, and before I realised it, it had been five months already."

Guess some tasks are still more difficult than dragging out a 220,000 tonne ship out of the Suez…

The game is still in its Early Access stage, and will be playable on Steam within a few weeks.