Thoughts Everyone Has In a Taxi

Paranoia in the passenger seat... 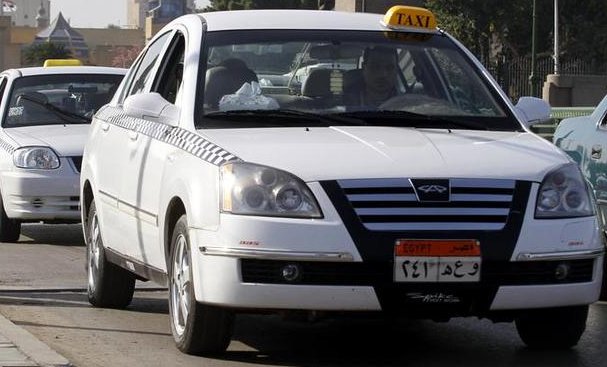 Is the metre running? If the metre is running, is it running correctly? Because I'm sure there is a way where they can hack it and make the fee rise faster than usual. I think I'll keep my eye on it just in case. Wait! Is that horse running faster than usual?

Where did the driver find a plastic bobble toy with head of a dog and the body of a mermaid that sporadically lights up in different colours? Does he appreciate how bizarre and cool this object is? Was it here when he inherited/rented/bought this taxi and just decided to keep it? Why does he have a pink furry dashboard? Does he support both Manchester United and Chelsea AND the LA Clippers? His stickers reflect as much. In fact, where do any of these taxis find all these crazy kitsch accessories, is there some store somewhere in Attaba that sells them? Where do all the drivers go and pimp out their car? How much time does he spend thinking about and curating his interiors?

According to the stickers on the rear window, this taxi has AC, WIFI, a toilet, DVD screens and a cafeteria. It barely has working windows.

I wonder how much money he makes in a day?

Does he actually not have change or is he bullshitting?

Will the black and white taxi be offended when I ignore it and call the white taxi straight after it? Well, it's his fault he didn't upgrade.

If I ask him to put down the Shaa3bi music will he shout at me and kick me out? If I hear one more Om Kalthoum song I'm jumping out the window. Why is he blaring music when the taxi speakers make everything sound like an Internet dial up connection?

Oh no, he's put on 90s hits by the likes of Britney Spears and R Kelly. Is it because he always listens to this music in order to keep a sene of westernised cool or is it because he knows I speak English? I feel forced to nod along and seem like I am enjoying Shaggy now or I'll hurt his feelings. Oh wow, he's singing along.

If I bring out my expensive phone, will he continually to look at it and either ask me how much it is and then ask me about the technology of it or even possibly hijack the taxi put me at knife point and steal my expensive phone?

Will the taxi take me down a strange route I am unfamiliar with put me at knife point and steall all of my things? Better hold on to everything really close and stay alert with my hand close to the door handle. I'm going to put everything in my bag and hold on to it tight on the far side of the driver, when he brings the knife out in one swift movement, I will grab the handle and roll out but not before giving him a quick jab... Oh wait, I've arrived.

Why is the driver picking up another man? This doesn't happen anywhere else in the world. Why am I paying if he's going the same way? Is this a stick up? Some cruel plan to steal my phone and beat me up?

We will not be in each others lives in ten minutes. How will knowing where I went to school and what I studied enrich his life?

I don't know anything about politics nor do I care, should I nod along to his governmental rants? How do I end this conversation?

I wonder if there are any female taxi drivers?

I can't stand this traffic. I wonder if Nile Taxi actually works?

I wonder what kind of knowledge this guy has from having conversations with strangers every day in his taxi, does he have little inside jokes with himself with every passenger? Does he collect data?

Should I compliment him on the suffocating refreshener he just put up? Not really much I can do about it now.

Why am I thinking about rape, this guy is just making a living...