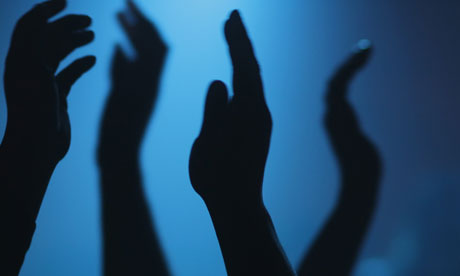 When the plane lands

The only person that should be clapping on arrival is Samuel L. Jackson on Snakes on a Plane or a Malaysian. Otherwise, about ten million planes land perfectly fine every year, most of them are done almost automatically and, if anything, the expensive air fare and terrible food should be booed on arrival.
When they're in a club

There is already a beat. A producer slaved away in front of a laptop for weeks to create this perfect rhythm for you to dance to and you go ahead and start clapping out your own beat like some washed out hype-man. Alternatively, clapping is used in a nightclub here to hide their dance-shyness.
When something Egyptian happens on TV
Mohamed Saleh scores a goal, Nat Geo mentions Mummies, the pyramids appear in a blockbuster *clap clap clap*. Chill, yes you are a country, in the world and people generally speaking know of you. Get over it.
When you're fed up

Usually accompanied by la 7awla wala kewata ela belah. Claps should be saved for validation of success, not for fed up pious religious ramblings.
When the film ends

Who exactly are you clapping for? The actors on the screen who can't hear you, the guy operating the projector or the korsi semsaar?