We headed out to Maadi to catch the Ultimate Frisbee semi-finals during the weekend, but nothing could have prepared us for what we saw... 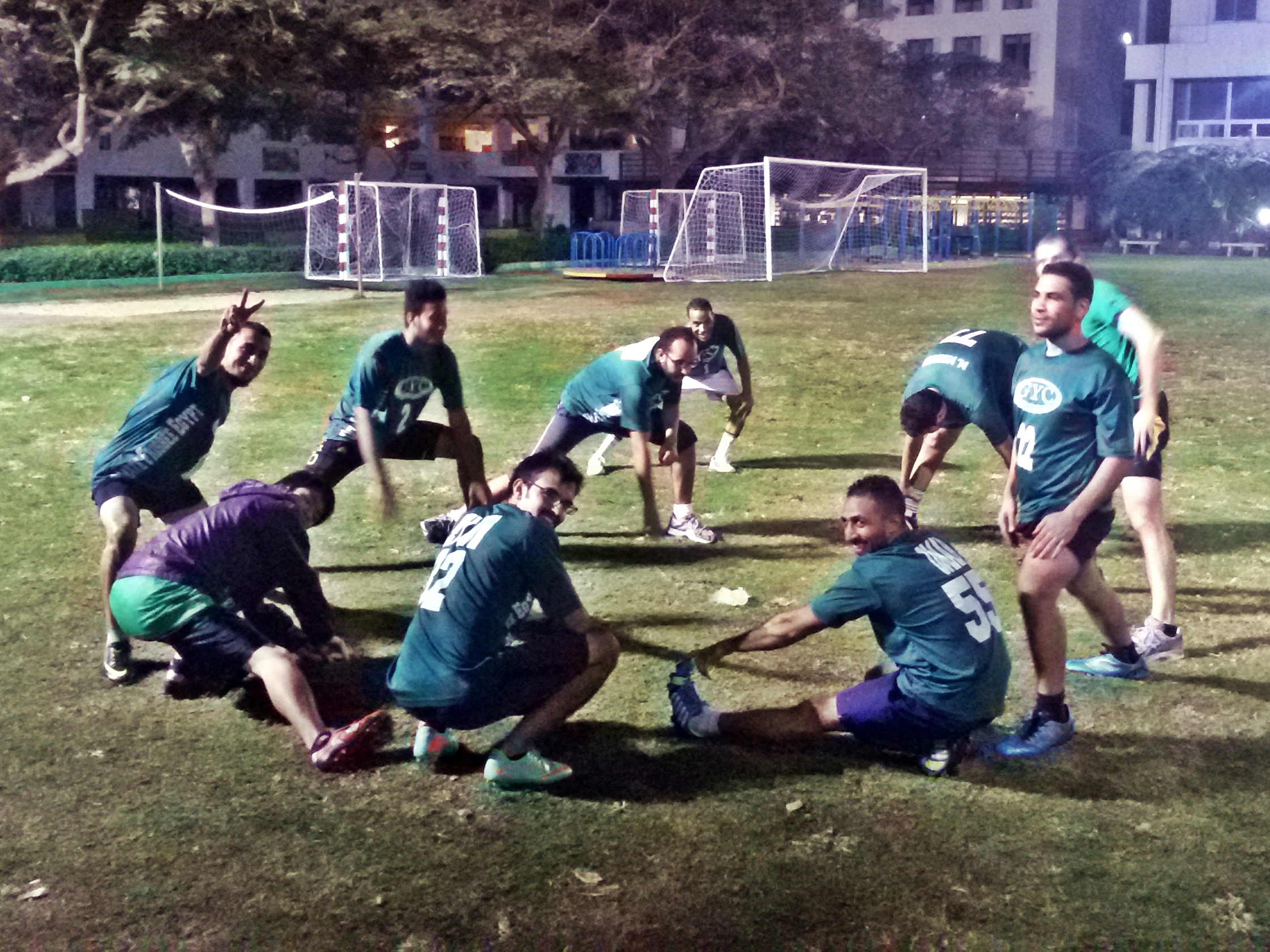 Maadi, the hub of foreign sports, hosted another sports highlight last weekend at Cairo American College, when six Ultimate Frisbee teams from across Egypt met to determine who throws those discs best. Ultimate Frisbee has been an upcoming sport worldwide, and with the tournament taking place in Cairo, Egypt has officially joined the ranks of competitive frisbee.

But hold on, what is Ultimate Frisbee? Is it a bunch of people standing in a circle, throwing frisbees at each other? Can you really consider throwing a disc from A to B a sport?

We were present to witness this get together of the Ultimate Frisbee community of Egypt, and were amazed to find out this was in fact not a sport for girls with pigtails.

Playing a game of Ultimate Frisbee actually resembled a game of rugby, only that there was no contact between players and a disc in place of a ball. Teams start out at their end of the field, when the defence team throws the disk as far away from the opponent's "end zone" as possible. The "end zones" are on each ends of the field, equivalent to the space behind the "goal line" in American Football. The offence team then may pick up the disc and start making their way across the field by throwing the disc from player to player. Those holding the disc may only pass it on by throwing. Each team earns a point by successfully catching the disc while standing in the "end zone". However, if the disc drops at any point, possession changes. The winning team is the one that scores the highest number of points in a fixed amount of time, determined before the game, or the first team that reaches a certain predetermined number of points, before that time had passed.

Starting at 8:00 am on Friday morning, local teams from Gezira Club, Gezira Youth Club, the American University in Cairo, CAC and the International School Of Choueifat were joined by Alexandria Ultimate for a full day of games. This meant that in the course of the day ten games were going to be played on two pitches. Due to the multitude of games to be played that day, teams opted for a running time between 60 and 90 minutes. Winning all their games at CAC, Alexandria left home before the final could be played, leaving GYC and AUC to battle it out for who would play them for the victory on another day when the sinking sun and exhausted bodies did not eat away at their performance.

After having played three games each, the semi final between GYC and AUC became the final of the night. Alexandria had left the premise to battle it out another day. Since GYC was missing a handful of players by now, the remaining ten players had to ignore all aches and cramps in their bodies and brace themselves once more. The extensive amount of running and fast movement allows continuous substitution so that AUC, still being superior in numbers, went into the game as a favourite. However, GYC put up a good fight, eventually bringing the game to a 9-9 after the end of regular playing time (70 minutes). The last point was going to win it all. In a series of forth and backs, discs flying and mainly dropping, AUC finally managed to catch the disc in their "end zone" after 7:00 pm, winning the chance to play Alexandria on another day.

Needless to say, after up to four games, players from all sides were hardly able to walk. Standing in a circle throwing discs at each other would undoubtedly have been the easier option. However, we had to realise that a simple throwing and catching of a disc is not what Ultimate Frisbee is all about. Instead, we witnessed a fast-paced game, which featured a mix of running, throwing, catching and concentrating on not fainting.

To those who would like to experience Ultimate Frisbee first hand GYC extends an invitation to all to join training. Every Tuesday (from 5:00 pm - 7:00 pm) and Friday (3:00 pm - 5:00 pm) they play at CAC in Maadi, welcoming newbies and professionals. All you need to bring with you is an enthusiasm for Ultimate Frisbee. After you’ve tried it we are sure you will be as hooked as we are.