We decided to get to the bottom of it. 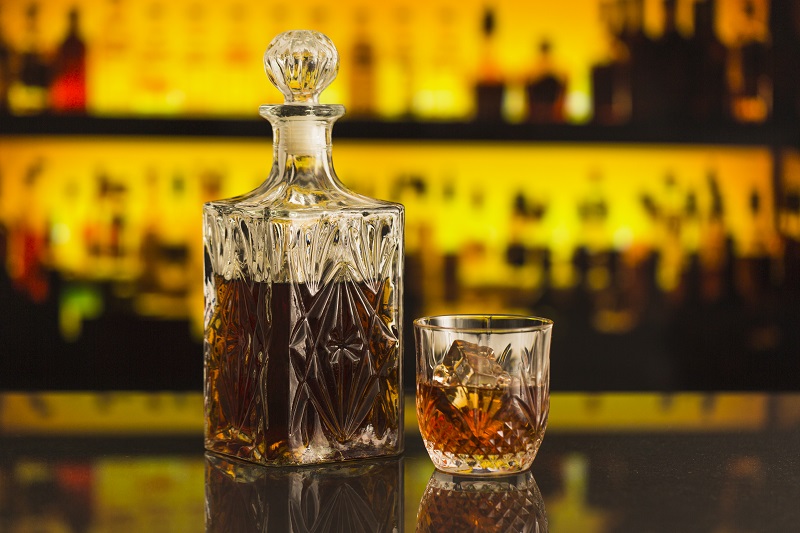 Single-malt whiskey has garnered a reputation crowning it as the prince among whiskies, but who decided that? We already know (through, yes, experience, thank you) that single-malts are more expensive than blended whisky, but that may be a matter of distillation rather than quality. So we decided to dig deeper and get to the bottom of this conspir-isky.

The first order of business is to dissect what the actual difference between the two variations is, so we did some research and came up with the following: single-malt whiskey is produced using solely barley, as opposed to blended whiskey which also uses other grains like corn, rye, and wheat. It also uses spirits, aka raw alcohol, from just one distillery with one water source distilled twice in copper stills, and then left in oak barrels to basically just mature for at least 3 years. Blended whisky, on the other hand, mixes single-malt whiskies with grain whiskies. Grain whiskeys are made of spirits distilled in aluminum stills. This process results in six times as much product as spirit distilled in copper stills used for single malts, ergo the higher price tag.

So it’s a lot more time consuming to make, sure. But does that mean it tastes any better? Apparently, it’s damn near impossible for the average consumers’ tongue to be able to really differentiate between the two variations, but instead the key taste factor is aging. The longer the whisky has aged, the smoother the aroma and taste will end up being. All that fuss to say: quality, not variation, is the goal. So what should you be buying for maximum taste and the most efficient degree of yumminess? We got you. Some of the best blended whiskies out there (and our personal favourites) include Chivas Regal, Ballantine’s, and Royal Salute. And if you want to opt for that bougie life - and we don’t blame you - our go-to single malts are comprised of The Glenlivet, Aberlour, Strathisla, and Longmorn. Now that that’s covered, we’ve prepared our tumblers and have our ice ready - how about you?