Hell hath no fury like a woman scorned, and these Western women vent their fury at Middle Eastern love rats online, in a bid to save their fellow female comrades. 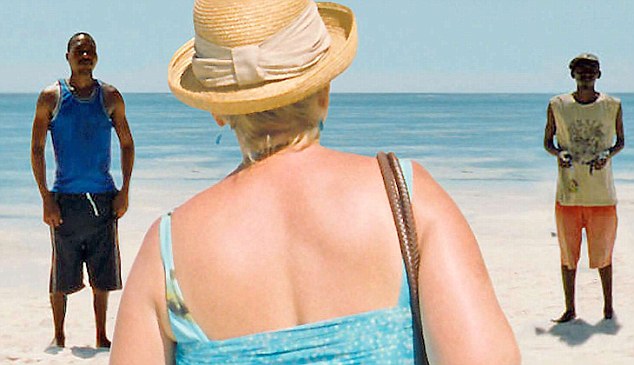 Scorned western women are taking revenge on Middle Eastern holiday love rats who've stolen their hearts - and their hard earned cash.
Many are familiar with the stereotype of the the older western woman finding love in the arms of an Egyptian, Turkish or Tunisian waiter, only to find themselves dumped and penniless within weeks.
Tunisianloverats.com features horror stories, profile pictures and 'how to avoid' tips in an attempt to prevent the gullible from falling into the arms of the greasy.
More than 150,000 messages have been posted on the site, which includes a rodent romeo logo, alongside sections such as Rat Behaviour, Hotel Infestations and Rat on a Rat.
One woman brands her former beau "a complete money grabbing rat" - before launching into a vicious tirade against the man, known only as Jimmy Mario.
She adds: "Tall tanned swag look afro style hair dimples loves dancing practically lives in Platinum in kantoui!!!
"Had plenty of not so good dealings with him anyone else had the misfortune of meeting him????"
The site also has a gallery where dozens of pictures of men – and some women – are posted with health warnings for particularly dirty rats - the ones spreading STDs.
The page also features a guide to the 'type' of woman most vulnerable to rat traps, alongside stomach-turning tales of wealthy women fleeced by super charming conmen
Meanwhile another woman claims that the site saved her from a holiday romance from hell.
"I just want to thank you all for the great job you's are doing here, I was really oblivious before.
"I thought I had a wonderful friendship that would've developed into a relationship, but i had a rat and didn't even know it.
"I have caught out his lies and changed my number
"Of course he showed his true colours once caught out and just turned out to be a nasty piece of shit."
Thankfully our Egyptian waiters, camel men, and general street hawkers would never consider such hideous antics.