Would I let my sister have sex?

Abo A7a's last piece - Teenie Weenies & Hypocrisy - bemoaning the importance Egyptian boys and girls place on virginity caused quite the uproar, fueling social media cries of, "Would you let your sister have sex?!" Today he answers his critics... 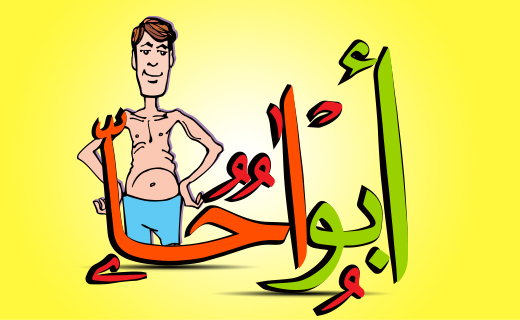 So since publishing my last article on some “small” observations about why so many Egyptian men are sexual hypocrites, I have been asked repeatedly if I would “let” my sister have premarital sex? The answer, of course, is no. I have no business giving my sister permission to have sex. She doesn’t need my permission to do what she likes with whom she likes and when she likes. The question is in and of itself patriarchal, wrong-headed and sexist.

My sister, like any other adult, can make these decisions for herself. I won’t say I’d “let” her have premarital sex because in doing so I would be claiming I have a right not to “let” her. Would I love or support my sister less if she had sex? No. Would I look down on her? No. Would I think she shamed me or the family? Of course not. Frankly, my reaction would be quite straightforward; good for you. Have fun.

This really gets to the heart of the whole problem. We as a society see women as sexual property that is to be possessed, protected and transferred after the proper procedures are completed (ie katb kitab or church, contracts, housing, shabka etc.). In contracting the possession and penetration of women’s sexuality we commodify half our population.

The reality is that while legally and religiously men’s sexualities should be similarly regulated, culturally they are not. It would be dishonest to claim that society has anywhere near as big a problem with men engaging in premarital sex as they do with women doing so. Quite the contrary, while men brag about their sexual conquests, both real and imagined, women are expected to remain silent about such behavior. If a woman proudly shared information about a hookup with some hot guy she picked up at a club, the social response would be that she is a deviant; a slut, or as we so ineloquently put it a sharmoota.

In contrast, men are often applauded by their friends for such “achievements”. The irony is that in order for these guys to get laid they need to find willing women... well, maybe. Homosexuals in Egypt face a whole other set of challenges I won’t get into in this article.

Men often perceive sexually active women as disposable. They can be used for specific purposes and discarded to be replaced by other women when it’s time to marry. The number of disgusting analogies I have heard men use for women who lose their virginity is overwhelming. They are referred to as used cars you learn to drive on before buying a nice new one. They are viewed as damaged goods not worthy of long term consumption. What ties all these things together is the characterization of women as objects for men to choose and derive pleasure from.

I’m not saying there are no problems with the way many Egyptian women see men, but that will have to wait for another piece. The reality is that the real power in our society is held by men and the sexual disorder of Egypt is largely a consequence of the behavior and expectations of men.

Another example of this view that women’s sexuality must be made to accommodate men is the oft-used explanation of sexual harassment. Without fail, men here love to claim that the way a woman dresses, walks or even looks with her eyes has somehow been responsible for inviting the sexual assaulters words and hands, if not worse. It’s as though women should structure their wardrobe and every action around helping dog-like men control their urges. A dog can be trained not to grasp at scraps off a dinner table. Why is it so hard for us to “train” many of our men not to sexually assault women in the streets when they come across some “thing” they like; as they see it?

Aside from the obviously absurd inversion of responsibility in this idea there is another problem. It is factually untrue. In the 60s and 70s women in Cairo dressed far more liberally than they do today and sexual harassment and assault was far less common and flagrant than it is today. As women have dressed more conservatively public acts of harassment and assault have been on the rise. This is the exact opposite of what should happen if the way women dressed had anything to do with the utter lack of self control of many of our “men” who behave worse than spoiled children.

So yes, my sister can make her own decisions about her own sexuality and I have no right to block or approve those decisions.

Have fun sis, but please use protection. Egyptian babies are almost as annoying as sexually hypocritical Egyptian men and about equally intellectually developed.