We talk to the up and coming Egyptian YouTube star who's amassed hundreds of thousands of views in just four short months with his perfect parodies. 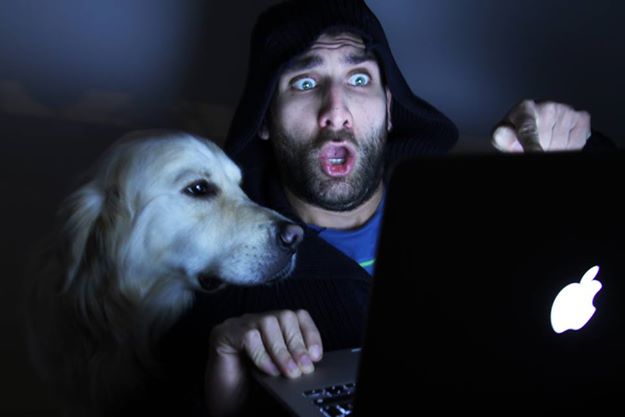 Egypt’s latest claim to YouTube fame, Zenzen Fi Paris, has racked up hundreds of thousands of views in the mere four months since Zezen himself started his Vlog. Becoming an overnight viral sensation, the expat Egyptian living in France tackles everyday issues – from annoying habits on Facebook to typical Arab mums – hilariously, proving that social satire has its place, among politics and talk shows. A professional cameraman by day, a viral sensation by night, we speak to Zein about his characters, taking the online world by storm and why, despite his looks, he isn’t the next Bassem Youssef.

Why and when did you move to Paris?

Egypt went through a complicated time during months after the fall of Mubarak. I was filming many things but I didn’t succeed with making a movie about it because I was too close to the situation. It is difficult to talk about a historical time in your own country, especially when you are inside. I needed to take a step back to be able to think, to create and to evaluate our revolution, properly. Meanwhile, it was really hard to be in the creative industries under the Muslim Brotherhood’s control. Additionally, after I had graduated I had found it really hard to break into the TV and film industry, while people who have no background in it get great positions thanks to their wasta.

Why did you choose YouTube to be your platform?

These days it’s easy and cheap to produce high quality videos, whereas before you needed a big crew and a serious budget. And it’s a great way to get around the wasta issue of finding a job in media because it’s the general public that judge your content, not some businessman. If you’re boring, nobody watches – that’s it. Of course, it’ll never replace cinema as an art; there’s no comparison between the big screen and a laptop screen. But I’m certain that the future of TV programming is online.

Are you related to Bassem Youssef? You must hear that you look like him a lot…

No we’re not related at all! I think because we both started off on YouTube it’s easy to make a comparison. But though we might look similar, we have very different approaches to our work.

Where do you get the ideas for the topics of your videos?

They’re really simple ideas. What we eat, what we wear; subjects which touch all of us . What is really funny is that, after all, we are all similar to each other and we share a lot of the same hopes, dreams and thoughts. This is an important point that we usually forget. I prefer to talk about what brings us closer rather than what separates us.

We saw your perfect koshary tutorial. What do French people think of koshary?

Haha! I’ve never thought about it. But I’m sure it can be a good business since it’s cheap and France is suffering a financial crisis.

Do you name your various characters? Who’s your favourite?

Well, they have names like Zaki Za3’rof, El Mama, Doctor Hamada Tekhess and Os. I have a special relationship with all my characters because they all exist in my life in some way or another. Except Os… he’s the stereotypical ‘terrorist’ character!