British interior designers David Long and Gaynor Pharaoh travel the world looking for unique crafts and Egypt is firmly in their cross hairs. 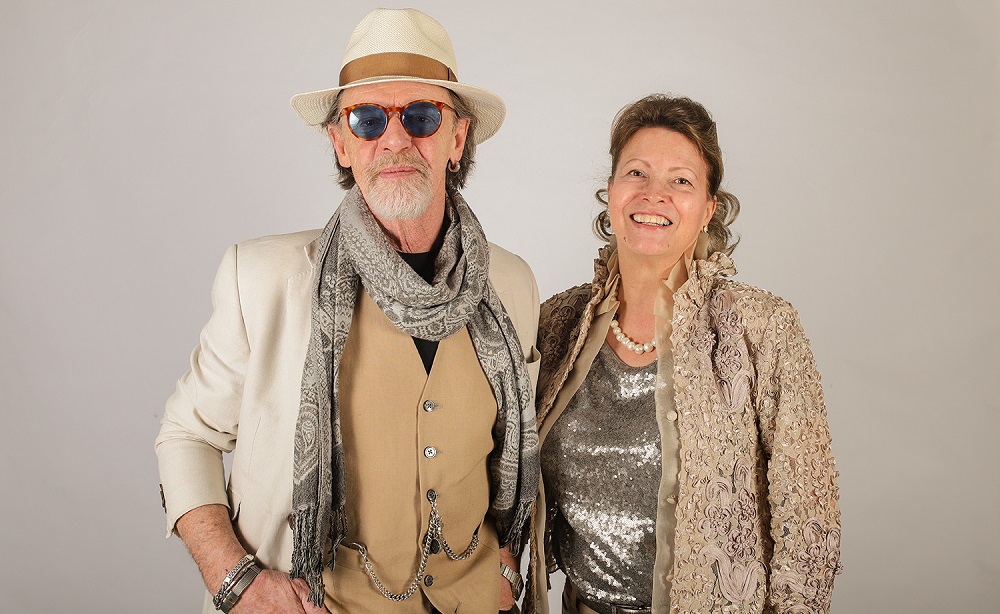 She walks with poise, he walks with a strut. She carries herself like a royal, he carries himself like rock star. She’s Jerry hall, he’s Mick Jagger. By all intents and purposes, David Long and Gaynor Pharoah seem like they’re from different worlds – but only on the surface. The British couple has been together for 14 years having met doing what they both love – interior design.

Now sitting side by side at the helm of David Long Designs, the twosome’s work has gained them a trophy cabinet of awards that has seen them gain acclaim, loyal clients and more than a few interesting friends from around the world.

“We met at a Tatler Magazine event in 2004,” Gaynor explains. “David had been working for celebrities and very famous clients, while I’d been doing commercial interiors. We both got to points in our careers where we needed support from a partner – and we found each other!”

It all reads like some kind of unlikely romance movie, but the difference here is that there were no hurdles; no bedding-in period as they come to realize what a great duo they made. It happened unusually organically and from there, an empire began to take shape.

Initially working on high-end residential properties in the UK, it was after the establishment of two companies, Luxurious Living and Coleccion Alexander UK, that they got a huge break. Up against the likes of Harrods Design Studio, David and Gaynor were awarded the contract for the design and supply of the VIP and Royal Suites at Heathrow Airport – a project that then found them receiving requests from across Europe, the States, Japan, the Middle East and Africa, for palaces and other similarly grand projects.  They have recently launched two more prestigious companies – Mariner London & Mariner Lighting, again beautiful collections of furniture, lighting and accessories, gracing some of the most prestigious homes around the globe. What their collaborative efforts ensure is more than just beautiful interiors; it’s just as much about intelligent use of space.

“What we always say is that our work is a piece of art; but this particular type of art is not just for looking at – it’s for living in,” David told us.

What has made Long and Pharoah so renowned among the upper echelons of society is their staunch, almost stubborn, commitment to never repeat, never to fall to trends. In short, to always create something truly unique – and this is what fuels their seemingly endless globetrotting.  You see, when it comes to being unique, Long and Pharoah begin at a very simple point: they scour the deepest darkest corners of the world for gorgeous pieces for specific projects. Once they have their centerpiece, things seemingly fall into place for what seems like an organic and instinctive process.

“Some designers create ‘a look’ for themselves – we don’t,” David states firmly and without hesitation. “I think it’s wrong. We create a look for the client. Every job we work on is different and the ultimate aim is to not recreate something out of a magazine, but to have the client walk in and say wow.” This is what brought them to Egypt. Preached to by friends and acquaintances about the country’s criminally under-served artisans and craftsmen, Egypt was, for a very long time, a place they wanted to explore for unique, well-made pieces.

“You look at Khan El Kahilli and it’s full of the tourist stuff that no one’s really interested in,” Gaynor says with exasperation. “But with a new eye, new talent, there could be a renaissance in design in Egypt because there’s so much talent.”

“We’ve had a similar thing in the UK,” David adds. “Put a British Flag on it and slap ‘BRITISH MADE’. But that’s not enough. The country started to create festivals and other events to really promote it to the world. That’s what Egypt needs to do.”

When told about campaigns such as #BuyLocal, David and Gaynor both pause and say, almost in unison, “But why haven’t we heard about it?” They point to companies they’ve built working relationships in countries like Spain that have been around for years , under the leadership of the same family; companies that value quality and uniqueness above all else. But they sympathise with potentially similar companies in Egypt, because they have little incentive to do anything beyond follow trends and cater to popular demand. But for David and Gaynor, it needs more than just a displaced sense of patriotism for local craft to really find its feet. Seeing the number of Egyptian startups making waves regionally and internationally, they see that there’s something rumbling in Egypt.

“Egypt needs to promote itself as a place of innovation,” David says. “But it’s more than just saying Made in Egypt’,” Gaynor adds. “It’s about the product itself. If you can source and promote these craftsmen and artisans for their work, then the origin of nationality becomes secondary – which is what you want. You need to promote these guys’ passion and style first.”

For more on David and Gaynor, as well as David Long Designs, click here.