With the city buzzing about the beautiful baskets of goodies that also serve as invites to the most-anticipated restaurant launch this year, we talk to Ted's co-founder Tamer El Leithy to get the inside scoop on the gourmet new concept. 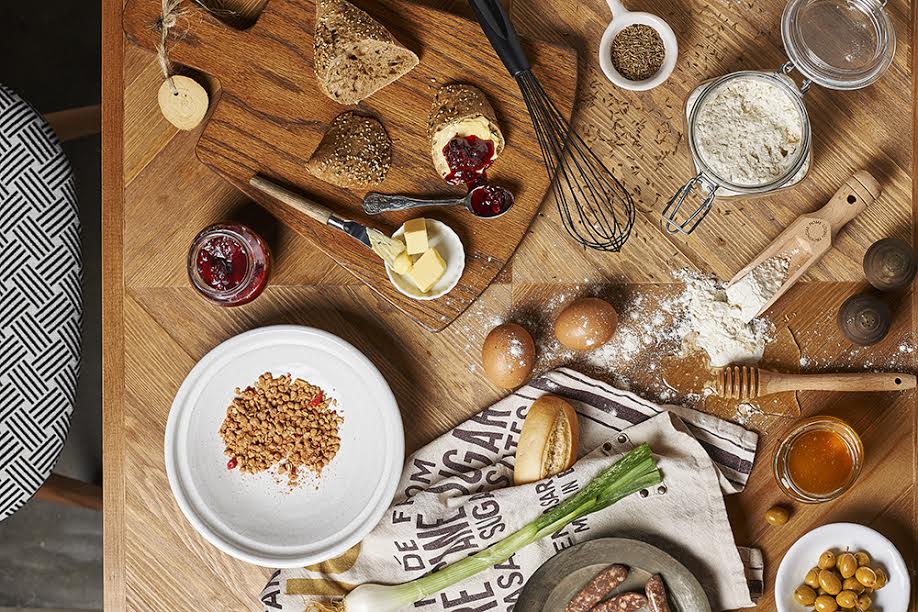 So in the past few days everyone’s been buzzing with talk of the newest spot that’s set to hit the city, Ted’s. Ahead of their opening, the eatery has sent out adorably rustic gift baskets to select citizens in the city (kinda lets you know where you lie in the pecking order of importance) in the form of wicker baskets that look like they came right off the farm in Oklahoma, brimming with goodies. Think cute jars with plaid covers, tied in twine, and filled with walnut pesto, homemade jam, and packets of Tavalon Tea. Hel-lo cuteness. Everyone’s curiosity piqued, those gift baskets just brush the surface of what this new place is all about.

Imagine if Dean & Deluca had a baby with a countryside cottage in England. Also that baby had some Anthropologie DNA and was of French descent. And then you kind of capture the concept that Ted’s is encapsulating. The City Stars spot is a blend between restaurant that whips up inventive, fresh dishes, and upscale gourmet grocery where you can get your hands on specially curated and created stuff you can’t find anywhere else. “Ted’s is a full-fledged new concept,” one of the owner’s Tamer El Leithy explains, “It encompasses a lot of things but it’s going to be something entirely new to Cairo.” The place is brough to you by the same mastermind teams behind Mori Sushi, Mince, and Tamara, so you know they’ll deliver – but this time they’re delivering something that truly hasn’t been done before.

The new eatery has tapped that vein of artisanal feel and fresh produce. It offers a full menu - breakfast, lunch, and dinner - that covers everything from stacks of pancakes, to pizza, to paella. And everything is rustic chic, served on wooden platter and black skillets. But they’ve covered even more bases than just nailing boho chic on the head.

“We have our own bakery where we make fresh products daily, everything from bread, to croissants to muffins,” El Leithy elaborates. “And we have a cheese room with both local options and selections from all over the world.” Umm…you had us at cheese. A ROOM OF CHEESE. Just lock us in there and throw away the key, thanks. We are currently imagining weekly cheese brunches over at Ted’s where we just order up a platter of fifty different cheeses, some freshly baked baguettes and indulge. Under their skylight of course.

It’s that sort of attention to detail, and offering things you can’t find elsewhere in Egypt, especially all in one place, that sets Ted’s apart. They create their own products; jams in various flavours, pestos infused with creative elements; home made sea salt chips… So SoHo. And all this is available both at the spot itself or for purchase, so you can take it home and host a dinner party. Plus they’ve got a menu of sugarless, healthy juices specially created by health coach Shwekar El Gharably, and are planning on launching a vegan menu within coming months.

They’re kicking off this Saturday with their launch, and from Sunday you can head over to enjoy some good company and some seriously delicious dishes.