The hippie-tastic French accessories brand is officially in Egypt and we can't wait to get ourselves some arm candy... 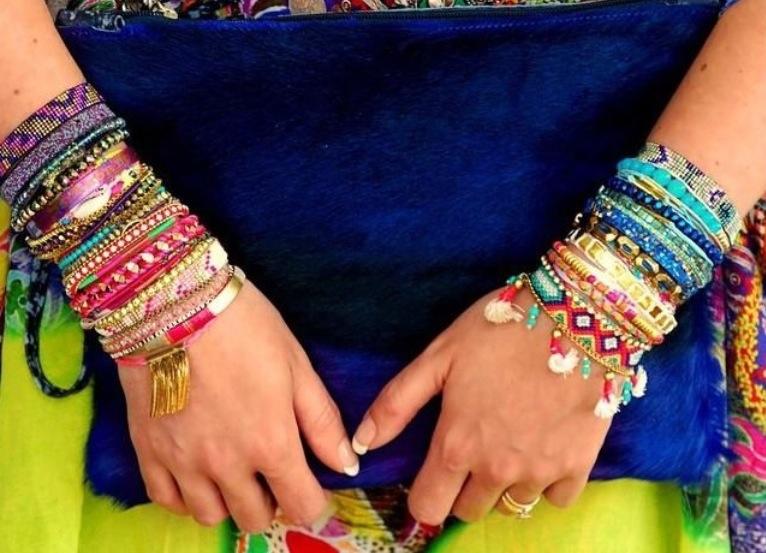 Making hippie vibes high end, Hipanema’s funky bracelets make for some serious arm candy. Originally a French brand, Hipanema’s eclectic chic pieces have been making waves in the accessories world and have now officially landed in Egypt, ready to adorn your naked wrists with a kaleidoscope of colours.

The bracelets, which beautifully blend beading, stones, coloured thread in crazy patterns, pearls and seashells, are all entirely hand-made and were originally created to reflect the vibrancy of Rio when its two Parisian founders got inspired by a trip to Brazil. After a recent trip to Bali, Abeer Abu Laban was similarly inspired and decided to bring the brand over to Egypt. “I bought mine from Bali, I just fell in love with them, so I contacted the brand and I brought them to Cairo!” she tells us.

The multi-thread bracelets feature a flurry of colours and materials, mixing them together seamlessly for a final statement-making effect. “They’re like friendship bracelets but with an elegant and chic twist,” Abu Laban says. They kind of look like the hippie threaded friendship bracelets you get on the beach in Dahab had babies with Dima Rashid’s colourful golden-based accessories. And they were beautiful and genetically blessed. We just want to buy like four of them, stack up them into a super stylish and crazy colourful cuff situation and then go and frolic on a beach somewhere.