10 Apps For The Wanderlustful

Find deals on hotels and flights, find your way around new places, and save some serious cash, all while scratching that travel itch with these 10 travel apps. 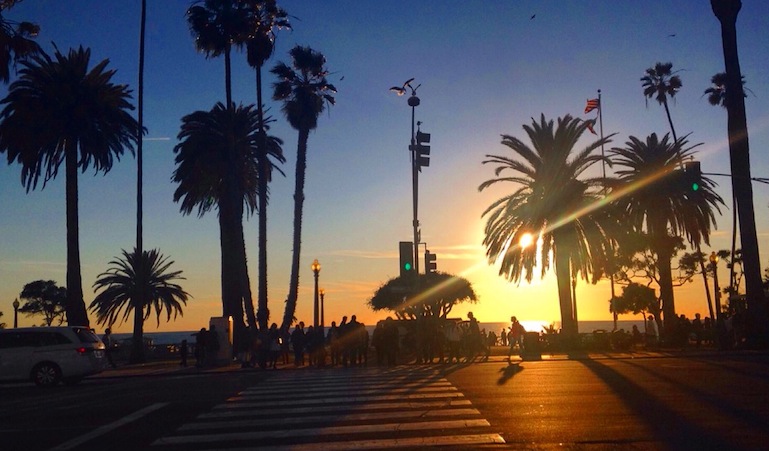 You've done it. You've finally managed to get time off from work and save up money to get out of town for a while. While this can be a bit intimidating - picking a destination, finding flights and accommodation, finding cool stuff to do while you're there - don't be scared. This is the future, we have have apps for that now.
EasyTrav (Free: Android) Egypt’s own EasyTrav is the one of the best ways to get out and about, and you're supporting an Egyptian start-up! Who doesn't love start-ups? They're so cute. Explore Egypt or get away and spend some time in paradise with their inclusive packages. You can also book flights and hotels separately to customise your vacation, all without having to smash your piggy bank into tiny pieces and sell them to the piggy organ bank.
Google Maps (Free: iOS, Android) Seriously, you use Apple Maps? Barbarian. If you have an Android phone you’re are already well aware of the magic that is the native map app from the great and powerful Google. But unfortunately, we still see people using Apple Maps on their iPhones, grossly unaware of its shortcomings. They could have so much more, for free. More accurate locations and directions, a better user interface - heck, the map even shows you which roads have traffic on them. That alone is a lifesaver here in our fair city. Spread the gospel; Google Maps has come, and you're a big dummy for not using it.
Google Field Trip (Free: iOS, Android) Another Google app for avid travelers, Field Trip runs in the background and lets you know when you’ve stumbled across something cool, hidden, or unique. In a city like Cairo, you could turn it on and learn all about things you didn’t even realise were there. I turned it on in my neighborhood and learned all about several of the bridges and totally badass historical figures like Rawya Ateya (seriously, Google her, she kicked ass). If you're going somewhere and you want to know more about what there is to see, Field Trips aren't just for gross little kids anymore.
HearPlanet ($0.99: iOS, Android) HearPlanet is like walking around with one of those headsets from a museum that tells you about stuff as you walk around and look at it. Unlike the boring voices in the museum, HearPlanet lets users upload their own commentary about locations all over the world. Gain some insight about landmarks from locals, seasoned travellers, or just some guy who thinks he knows what he’s talking about. I'm thinking about using it to make dramatic made-up history lessons using my movie announcer voice. What do you think?
TripAdvisor (Free: iOS, Android) TripAdvisor has become the quintessential app for the wanderlust-afflicted, allowing travellers to review locations, restaurants, and hotels, and compare prices for flights and lodging. Whether you want to scope out a destination before you get there or find stuff to do after arriving, this app is where it’s at. They even give out little stickers to establishments that are highly rated. Every time I see their owl-tripping-on-acid logo in the window, I know that the place is going to be awesome.
Stay.com (Free: iOS, Android) One of the bummers about travelling is keeping connected while you do it. Being in a strange new place without access to Google, maps, navigation, and Otlob can be terrifying. Getting a new SIM card or paying roaming charges can be even scarier. Stay.com lets you download a whole city so you can still access what there is to see and do even when you're offline; the alternative is to get lost trying to find things around the city.
Airbnb (Free: iOS, Android) Following the footsteps of Uber, Airbnb allows people with a commodity to monetise it and create some extra cash. Uber does this with cars while Airbnb does this with rooms, houses, and apartments. Simply tell the app where you want to stay and you’ll see tons of options - everything from shared rooms and flats to full houses all to yourself. Meet welcoming people who can show you around a new city, or simply live in their house while they're gone and use all their stuff.
Hipmunk (Free: iOS, Android) When you first open up Hipmunk, you might think you've gone and downloaded another run-of-the-mill hotel and flight app thingy that doesn't do a damn thing different than the infinity-thousand other travel apps out there. But, you're wrong! That adorable little hipster chipmunk will find a hotel and flight - oh yes, - but he will also get you listings from Airbnb, which makes your trip potentially much cheaper and infinitely cooler to brag about to your friends.
Roomer (Free: iOS, Android) Looking for accommodations at a steep discount because you’re a cheapskate? Or, do you have a hotel reservation you won’t be able to use because your goldfish got sick? Roomer lets you list unused hotel bookings and make some cash, or you can buy someone else's cancelled vacation or honeymoon and save big on their misfortune.
Hotel Tonight (Free: iOS, Android) If you’re anything like the CairoScene team then you often find yourself out on adventures, flying by the seat of your pants, not sure where you’ll end up or where you’re going to sleep. Hotel Tonight helps with those last minute moments where you need to find cheap lodgings quickly before you resolve to just lay down in the gutter. The app shows huge deals on last-minute bookings for that night, the next night, or next week - crucial for those of us that end up in crazy situations and in need of some R&R.
Check out Egypt's own EasyTrav on Instagram and Facebook
Main image by Monica Gerges