Love animals? Curious about them?What better way to celebrate World Animal Day than by indulging in the best documentaries featuring the wonderful variety of species out there? 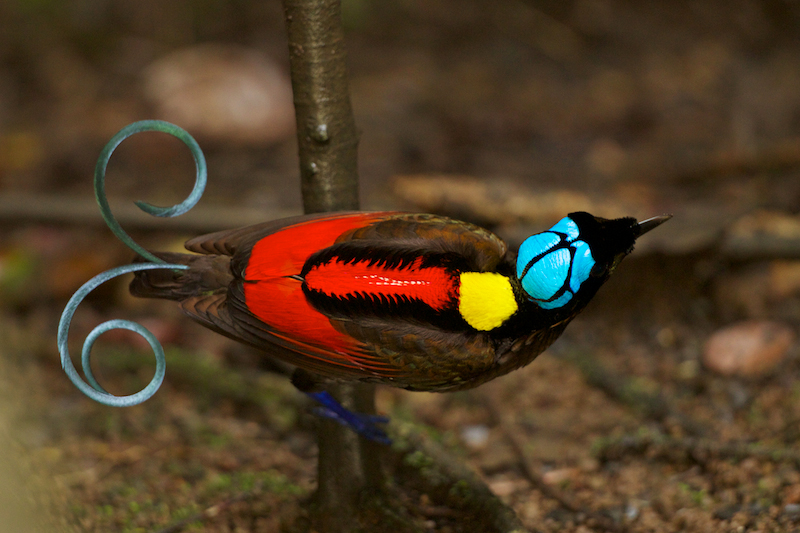 Today is World Animal Day, and let's face it, animals are the best thing that has happened to us, since the invention of pizza. True, in Egypt it's often a melancholic topic, because of animal rights or rather the lack thereof. Our furry friends truly make a big difference to our existence and our lives, and having them poop, steal our food and then run around with toilet paper rolls is why many of us wake up in the morning.

So in honour of not just the pets but the wild ones living free and the ones who need some light shed on their horrid living or deadly situations, we bring to you some of our favourite documentaries about what is most definitely the best of what life has to offer. To see these birds requires patience and a lot of luck. Some watchers live and die without seeing these birds. Acclaimed animal videographer David Attenborough has been entranced by these birds since he was a boy, and introduces the latest expedition to try their luck at finding and filming 10 birds of paradise. To attract a mate, some male Birds of Paradise, like the King bird, perform acrobats. Others, including the Parotia, have highly complex dance moves. The Superb Bird of Paradise displays a bizarre shield apparently with eyes, while the Prince Rudolf's Blue Bird makes a hypnotic, pulsating sound like no other creature on earth. But above all, they give us a glimpse of what happens when there are no limits to beauty. The documentary responsible for bringing Sea World to its knees by shedding light on the establishment as hell for animals. This documentary follows the controversial captivity of killer whales, and its dangers for both humans and whales.

My Cat From Hell Jackson Galaxi fixes asshole cats on TV. Yes, we know this isn't a documentary bit it's a series documenting Jackson as he deals with cats that are not very well behaved, so it counts in the list. He helps couples and all sorts of people with their behavioral issues.

Part of the Pride The film shows Richardson in his day-to-day work, looking some of the world's most dangerous animals directly in the eye, crouching down at their level, playing with them and, sometimes, even kissing them on the nose, all without ever being attacked or injured. The films' popularity skyrocketed and Richardson became an international sensation. Using state-of-the-art equipment, a group of activists, led by renowned dolphin trainer Ric O'Barry, infiltrate a cove near Taijii, Japan to expose both a shocking instance of animal abuse and a serious threat to human health. Most of us eat meat, so we might as well have a closer look at where most of this mass consumption comes from and is produced. An unflattering look inside America's corporate controlled food industry. This documentary examines the profound claim that most, if not all, of the degenerative diseases that afflict us can be controlled, or even reversed, by rejecting our present menu of animal-based and processed foods. A devastating and heartrending take on grizzly bear activists Timothy Treadwell and Amie Huguenard, who were killed in October of 2003 while living among grizzlies in Alaska. This list would be inferior and incomplete without a few or almost all of the Attenborough collection. Attenborough takes us on an awe-inspiring journey through one of the most diverse places in the world. We visit deserts, savannas, and jungles and meet up with some of Africa's amazing wildlife, in this once in a life time masterpiece. Emmy Award winning, 11-episodes, 5-years in the making, the most expensive nature documentary series ever commissioned by the BBC, and the first to be filmed in high definition. Needless to say, this is not to be missed. This is one of the best if not THE best nature documentary out there.