16 Most Popular Feature Pieces on Cairoscene in 2016

As an unfathomably chaotic year comes to an end, we list the 16 most read feature pieces on our site in 2016, from hijabi fashion controversies and women breaking taboos on pre-marital sex, to the death of Sharm El Sheikh and the young entrepreneurs driving social change in Egypt. 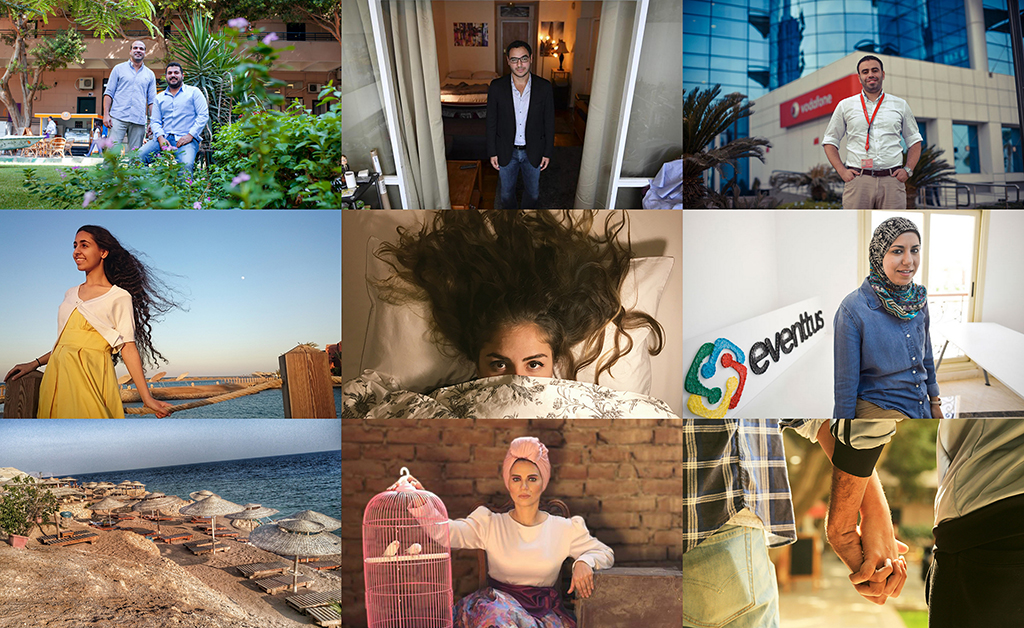 It’s true; 2016 was definitely not a year to remember. Egypt’s non-governmental organisations were choked by law, Syria bled an extenuating five-year-long civil war, terrorism was at an all-time high, including a dreadful bomb attack in Egypt’s Coptic cathedral, and islamophobia and racism were institutionalized with the victory of Donald Trump in the USA. Long sigh.

But, in a year where news was more surreal than fiction, these were the topics that made our readers think. From women breaking taboos on virginity, to 17-year-olds inventing medical solutions to cure millions, to female entrepreneurs getting on stage with Barack Obama, or fashion designers battling stereotypes, these Egyptian champions sparked conversations and triggered controversy throughout the year. Here are our 15 most popular features this year, according to our readers.

1. Hijabi Fashion and the “Enslavement of Women” 2. Alexandra Kinias' 'Women Of Egypt' and the Virtues of Digital Activism CairoScene writer Niveen Ghoneim finds out how and why Egyptian-born screenplay writer, novelist, and photographer Alexandra Kinias took her fight for equality to the Internet. And won.

3. Losing My Virginity in Egypt: 6 Women Who Broke the Taboo Mariam Raymone puts names and stories to the girls who’ve faced slut shaming and being taken advantage of for defying cultural norms and having premarital sex in a controversial country like Egypt.

4. How This 17-Year-Old Egyptian Invented a Product That Could Save Lives Around the World We speak with Deena Mousa, the prodigal high-school student who invented a mixture of chemical components that can stop severe bleeding faster than the medicines currently used in hospitals.

5. On Virginity: What Egyptian Men Think of Women Who've Had Premarital Sex Virginity is a sacred aspect when it comes to marriage in Egypt - or is it? Mariam Raymone interviews men with different backgrounds to understand what they think of women who lose their virginity before marriage. Egypt's entrepreneurial generation is as fearless as ever. Taking on mammoth challenges from FinTech, to transportation, to augmented reality solutions for the deaf, these are the country's youngest entrepreneurs driving change. With gossip and news being the main sources of what goes on behind the scenes at Egypt's international schools, we got a few inside sources to give us raw versions of their stories.

8. “I Flew to the USA Not Knowing I Would Be Sharing a Stage With Barack Obama” A photo of her sitting next to the US President and Mark Zuckerberg inundated the net last month. Who was the Egyptian woman shining at the centre of the Global Entrepreneurship Summit spotlight? Mai Medhat talks starting from zero, dismissing labels, and the journey that led her to the world stage

9. Meet the Egyptian Engineer Whose Invention is Set to Invade the World Vodafone Network Engineer Mostafa Essa's brainchild, iNetwork, is the only artificial intelligence machine of its kind in the world. Its unique functionalities have made it the object of some major global players' desires. It was the word that launched a thousand fans; 'begad'. We sit down with the Egyptian funnyman behind the now infamous catchphrase to talk virality, Mozart, and women wanting to have his babies.

11. The Environmental App That Could Actually Clean Up Egypt We sit down with the CEO and the COO of Environ Reform who tell us all about their revolutionary app that allows people to report accumulated street garbage to Environ Reform which then sends someone to clean it up, while giving the government a much-needed tool for waste management oversight. Having visited Sharm El Sheikh over Christmas break, Eihab Boraie was shocked to find a ghost town, and returns to Cairo with a dire warning from the hospitality workers that Sharm El Sheikh's possible death will be felt well beyond Sinai.

13. On Virginity: What Egyptian Women Think Of Men Who've Had Premarital Sex Last week, Mariam Raymone spoke to Egyptian men about women who engaged in premarital sex. This time around, she looks at the situation from the reverse perspective - interviewing women with different backgrounds to understand what they think of men who lose their virginity before marriage. 15. Meet the Egyptian Making Waves Around the World with AirBnb for Refugees 16. On Homosexuality: 6 Egyptian Men Reveal What It's Like To Be Gay In Egypt A constant topic of controversy in the country, homosexuals are stigmatised by both society and state. Mariam Raymone speaks to six gay Egyptian men about their experiences, relationships, and what it's like being gay in a society that often does not accept them.