6 Deadly Animal Spies, and the Cat Who Couldn't Even

From Mossad marine mammals to the ring of stealthy squirrels, we look into adorable animal arrests. 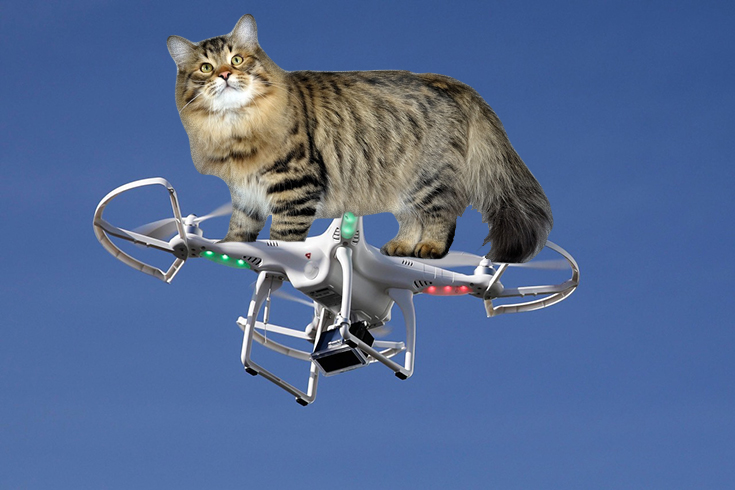 After Hamas recently captured a dolphin spy, sent by Israel, it’s becoming quite evident that animals are the new black of the undercover agent world. It’s becoming quite normal these days to read a headline about animals getting arrested and being held captive, pending interrogation. Licensed to chirp and squeak, and be adorable we look into the dark, dark world of animal spies: Back in January 2013, the Egyptian police force was able to successfully execute operation Where’s My Mind. At the time of the arrest, a fisherman in the Nile River, in the Qena region, had spotted the bird as it pretended to be a fish and swim with other fish it hardly knew. The fisherman noticed that the bird wasn't a fish and that it had a device attached to its feathers, which he feared could be used to gather information. When arrested, this European Bee-Eater working for Israel decided to end its own life, due to the amount of intelligence it had gathered on Turkey. The bird’s left nostril was reportedly three times the size of its right nostril, leading Turkish officials to believe the Israel had implanted the animal with a surveillance device in its beak. Israel obviously has it in for us. But what do you do when you can’t do much? You fuck with tourists in Sharm El-Sheikh, by sending a pack of sharks, under Operation Sharkster, which took place in June of 2010 when Egyptian officials blamed a wave of shark attacks on Israel’s foreign ministry intelligence, asserting: "We must not discount the possibility that Mossad threw the shark into the sea, in order to attack tourists who are having fun.” In 2007, Iranian police smashed a squirrel spy ring arresting over 14 critters. The rodents were found near the Iranian border allegedly equipped with eavesdropping devices. A Foreign Office source was reported saying: "The story is nuts." In a land not so far away, a pigeon was caught, seemingly spying on India for Pakistan. The pigeon was caught in a sensitive area, where many spies have been captured before. “In 2010, a pigeon was also caught in the same area,” said an official adding, “This is a rare instance of a bird from Pakistan being spotted here. We have caught a few spies here. The area is sensitive, given its proximity to Jammu, where infiltration is quite common.” The kestrel is frequent visitor to Israel and Turkey during the nesting season. In 2013, a kestrel carrying an Israeli foot band was discovered by villagers in the Elazig Province, Turkey. Initially, medical personnel at Firat University identified the bird as an "Israeli Spy" in their registration documents, however after thorough medical examinations, including X-ray scans, the bird was determined to be carrying no electronic equipment This cat goes to prove that animals can't be used and abused to satisfy our mere sick needs. The CIA once recruited a feline agent to spy on enemies, according to a new book that sheds light on the elite cat and its abysmal failure during Operation Acoustic Kitty.  The cat in question just pussy-footed around the whole endeavor, got the most it can out of it, being fed rodents and treats constantly in hope of bringing the Egyptian regime down. But little did they know the cat found love in Egypt, never to return to it's natural habitat.