Previous Post
NSFW: Camels Cause Deadly Accident on Alamein Road
Next Post
Here’s How Game of Thrones Characters Would Sound If They Were Egyptian

Egyptians are tougher than we thought and here's why... 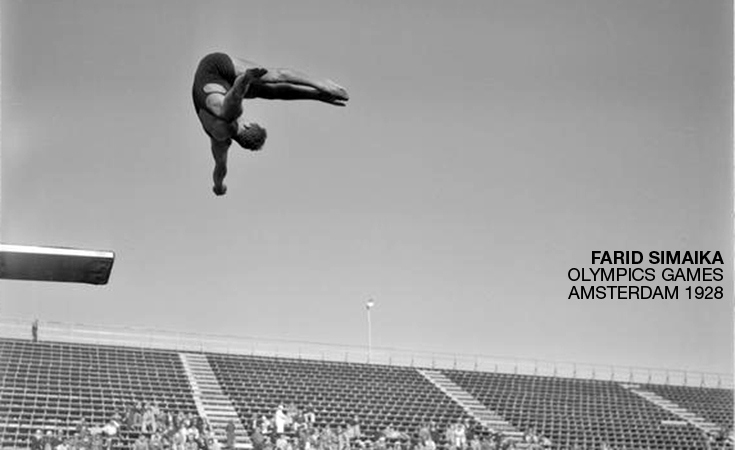 The Olympic games have become one the most important events of our time. With athletes competing from all over the world, their triumphs are viewed and evaluated by millions of viewers and critics. Sounds nerve-wracking, doesn’t it? With all the crazy happenings, we decided to look into Egypt's presence in this thread of history and brag a little about our accomplishments. We even discovered we have a street named after one of our players in Berlin.

Born in Tanta, Nosseir became a weightlifter and won the gold medal in the 1928 Summer Olympics in Amsterdam at 22 - marking Egypt's very first gold medal. Nosseir also set a new world record at the time by lifting 355 kg and he went on to set 12 world records in total.

Born in Alexandria, Simaika was an Olympic diver who won a silver medal, in the 1928 Summer Olympics in Amsterdam, for platform diving and a bronze medal for springboard diving. He also performed in the Billy Rose Aquacades show and was a stunt double in the Seas Beneath movie in 1931. He later became US pilot during WWII, and was shot down over New Guinea.

Ranked first among the 50 greatest weightlifters in history by the International Weightlifting Federation, El Touni set a world record at the time after beating the German silver medalist by 35 kg, winning the middleweight class gold medal. The 20-year-old’s record stood for 13 years. Observing from the stands, Adolf Hitler was intrigued by El Touni; in fact, he named a street after him in Berlin. Additionally, streets in Alexandria and Cairo are also named after him.

Mahmoud Ali Hassan was a Bantamweight champ in the Egyptian wrestling team at the 1948 Summer Olympics in London. Ali Hassan was the first wrestler from Egypt to achieve an Olympic silver medal in wrestling.

Mohamed El Sayed, an Egyptian boxer, won the silver medal in heavyweight in 2003 at the All Africa Games. At the 2004 Summer Olympics in Athens, he competed in the heavyweight class, but a medical test disclosed that he had broken his arm after lifting 91kgs, and received a bronze medal.

Born in Alexandria, Gaber won the gold medal at the 2004 Athens Summer Olympics with a gap of 10 points and was the first Egyptian to achieve a medal in 50 years.  This wasn’t his first medal; he won a silver medal at the 2003 World Championship and after the Olympics, he won another gold medal in 2005 at the Almeria Mediterranean Games. Furthermore, he was Egypt's flag bearer at the 2008 Olympics' Opening Ceremony. Gaber didn’t qualify for the quarterfinals but won the silver medal at the 2012 Olympics.

Abouelkassem was the first Egyptian to win a silver medal for fencing in the 2012 Summer Olympics. He began at the age of eight and won medals at both World and African Championships. 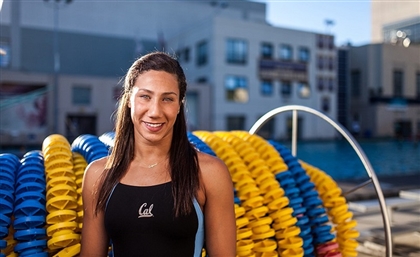 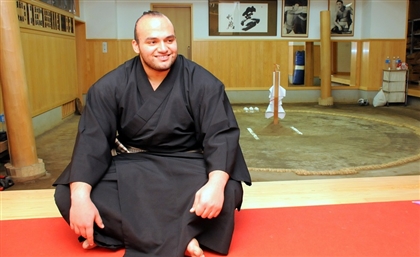 This is The First Professional Egyptian Sumo Wrestler

From humble beginnings to global recognition, Abderahman Shalan's adventure into [...] 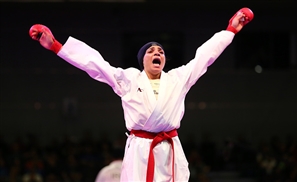 The Egyptian players were raking in the medals yesterday at the Karate World [...] 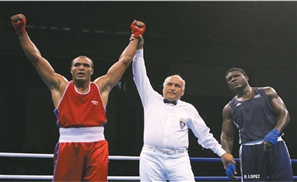