Contrary to popular belief, a lot of animals other than cats exist in Egypt – and Wildlife Masry is totally schooling us on capturing them in their element. 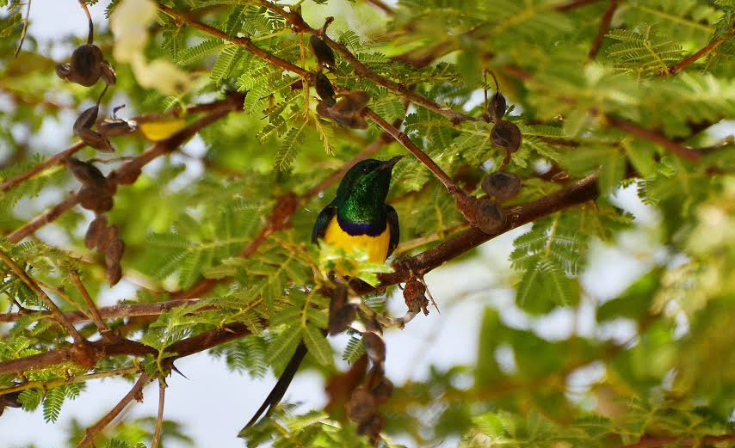 With everyone and their mother starting a photography page to showcase their newfound talents, we have to dig really deep to find actual photographers with artistic value. More than that, it's hard to find ones who are unique who do not go around photographing their friend 'while they're not looking', or weddings. That's when you have people like Watter Albahry, Mohamed Hashem, and Amel Mustafa, who started the initiative of Wildlife Masry, aiming to document wildlife in Egypt and doing it with artistic flair.

One of the founders, Albahry, a photographer who has worked with National Geographic, and conducts extensive research on wildlife in Egypt, was giving a lecture when he met Hashem, a photojournalist, and Mustafa, a graphic designer – and they decided to kickstart the project. He tells CairoScene, "It's not just about photography; we care about educating young people about wildlife in Egypt as well. So, we have workshops and training programmes - we have held a few of them in Fayoum and Wadi Al-Hitan. We also collaborated with Nile Kayak on a birdwatching workshop. There are people as young as 14, and as old as 60 involved in these expeditions." The wildlife society is also keen on promoting ecotourism, and raising awareness about endangered species. Though there are people on the scene like Shorouk El-Zeftawy, who gets up close and personal with all types of creatures in the wild, this was not always the case. According to Albahry, "When it comes to nature photography in Egypt, 10 years ago, there were only two photographers; today, there are about 25."

We usually try to avoid wild Egyptian humans, but wild Egyptian animals are too cute. That's why these photographers are on the ground, carefully following rare species and snapping photos of them before they gallivant away. The photos we have are just a glimpse of the more beautiful side of Egypt, and the talented photographers who shot them. Check out their photography and how to get involved on Facebook @WilflifeMasry!