Slaughter Rules: 10 Eid Al Adha Sacrifice Guidelines Most People Are Not Aware Of

We've put together a list of the rules about one of Islam's most famous tradition. 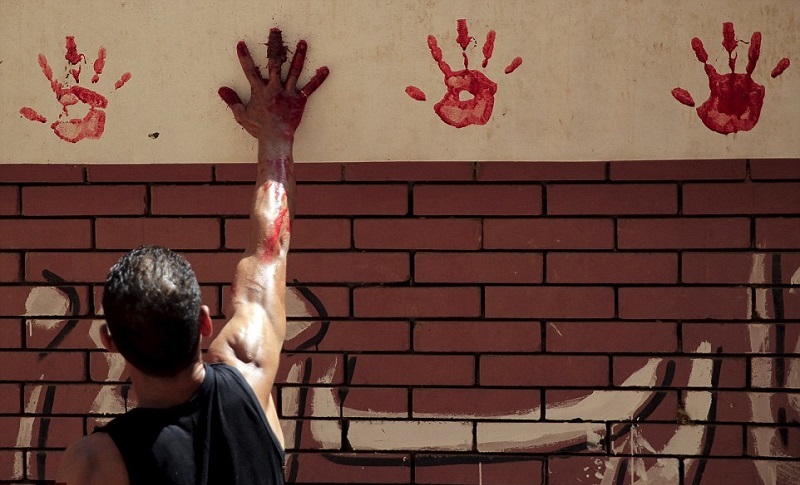 One of Islam’s most famous traditions is the sacrifice of an animal on Eid El Adha to feast and feed those less fortunate than ourselves. But not everyone really knows how much work actually goes into making that fatta and other meaty delights totally Halal. We take it for granted and pig out every Adha (pun intended), without knowing the laborious process that goes into the slaughter at every meaty, bloody, and delicious Hajj season.

While "the rules" may not be clear for many, some digging up has given us a clearer picture. Here are ten rules for the slaughter most Egyptians aren't aware of.

1- The animal has to be sacrificed AFTER the Eid prayer:  This one is pretty much common practice, but it's a rule. You can only slaughter an animal after the dawn of the first day of Eid until the the dusk of the last day of Eid, otherwise it won’t be considered a sacrifice. Just plain old food.

3- The animal must be alive at the time of slaughter: The animal that’s being sacrificed has to be alive (like dead meat sounds appealing) and it’s preferable for it to be awake. In some countries, the animals are stunned before slaughter, and though this is frowned upon, the meat is still Halal.

4- The animal can’t have any obvious defects: The animal that’s being sacrificed has to be completely healthy and without any physical defects.

5- The person making the sacrifice must be a Muslim: The person that’s doing the slaughtering has to be a sane Muslim, and has to invoke the name of Allah (by saying Bismillah Allahu Akbar) at the time of the sacrifice.

6- Water should be offered to the animal before the time of slaughter: This is a Sunnah rule, which means that it’s preferred but not necessary. The animal also shouldn’t be slaughtered when it’s hungry.

7- The knife should be very sharp: The knife that’s being used should be sharpened before the time of the sacrifice and it has be so sharp that it cuts through the windpipe (throat), food-tract (oesophagus) and the two jugular veins in a single stroke.

8- You should try to keep the animal calm before the slaughter: That includes hiding the knife from the animal and not slaughtering animals in front of each other. So none of that matador shit.

9- The slaughtering should be done manually: The sacrifice has to be made by a person not a machine. Although a slaughter machine sounds pretty cool.