Better enjoy your favourite koshk in the daytime while you still can, Mostafa. 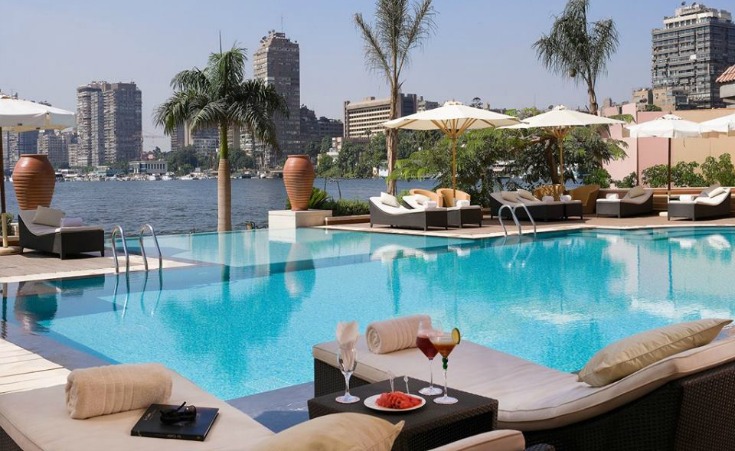 Contrary to popular belief (and the theme of this article), Ramadan holds a special place in our hearts, minds and bellies; the mood is a lot more sombre, the streets are manageable, there’s an air of humility all over, and we don’t have to do as much live coverage as usual (thank you, God). But just like with everything in life, you have to take the good with the bad, so we’re going to gingerly remind you of all the things you well and truly should do before the holy month dawns on us. While most leading experts in the varied fields of human health would argue that the best way to start your day is to brush your teeth/do some cardio/hug your mother, we’re nothing if not realists. Who could deny the irresistible charm of waking up to your gorgeous pack of cigarettes, sensually pulling one out and giving it a much deserved three-to-five-minute kiss bright and early in the morning? Non-smokers probably, but not you, Mahmoud. For obvious reasons, that isn’t an option in Ramadan; whether you decide to quit altogether for piety’s sake, or you try to stifle your tar demon till the cannons thunder, the simple act of smoking after a solid six-to-eight-hours of snoozing is off the table. Although a cigarette after Iftar has its own special appeal, it pales in comparison to puffing one out and going straight back to dreamland (not the one in October).

Sunny Schmoozing at your Favourite Ahwa It’s important to note that we’re not trying to encourage smoking (not overtly at least). Now that the PSA is out of the way, you can argue with us that the only good time to go to an Ahwa is when the sun goes down. That’s blatantly false advertising though; the most opportune time to have a refreshing mint tea and a peachy shisha session is clearly when the sun is still up and bearing down on your little noggin. Something about the heat, the busyness of Cairo’s streets, and the overwhelmingly proud sensation of doing absolutely nothing during what should be work hours is tough to beat. As you may or may not know, Egypt’s streets are already pretty hellish at night, throw Ramadan in the mix and you have yourself a grand old fustercluck. Going to an Ahwa after Iftar dies down is like a scene out of the first World War; bodies cramped against each other with about a centimetre between each chair, the sound of chatter and football games piercing whatever’s left of your eardrums, and already slow service slowing down to a snail’s pace. So better enjoy your me3assel in peace while it lasts. “But like, you can grill whatever, whenever and wherever you want, what difference does it make?” Hold your tongue, Manal. How dare you utter these kinds of brash accusations as if it’s nothing? Everybody knows that a proper, juicy BBQ isn’t achievable without the cleansing flames of the sun; piercing the atmosphere to reach your delicate skin as you add insult (and a pinch of kosher salt) to juicy injury on a coal-fired grill. Why bother with all the work that a grilling entails though, when you can head to places like Cairo Jazz Club 610 and have the most succulent BBQ this side of the Nile as you enjoy a drink or two (which you’re going to sorely miss)? Face it, you’re going to miss nightlife in general, so why not end it for a month at 610 on the 14th with their season closing BBQ? Are you a masochist? You're going to miss the jazziest place this side of Egypt, folks, so you better book a reservation and send your nightlife off with a steak or three. Look, we know it’s not exactly impossible to take a dip in your local pool in Ramadan during the day. We’re not unreasonable; we’re just horrifically lazy. Since only psychopaths and professional killers make a habit of swimming at nighttime, and because the writer of this article has too much of a vividly terrifying imagination, the best time to swim under any circumstance happens to be when the sun is doing what it does best. So, unless you’re some sort of masochistic Olympic swimmer with an adjustable metabolism, swimming under the pool in the sweltering sun (or even just floating) will turn you into a ravenous, exhausted zombie. If that wasn't bad enough, there's the almost guaranteed chance of you imbibing some of that delish pool water, or (heavens forbid) looking at somebody of the opposite sex (we didn't say gender) in the near-buff. So you better get your fill of chlorine and sun-kissed skin before the cannons roll in.

Not So Fast Anymore No matter how healthy a diet you try to stick to, every now and then, the cholesterol fairy (a gender neutral title) will do its best to tug at your gut strings hard enough for you to cave into a triple half-pounder. Few things can rival the kind of chill thrill you feel when you’re on your way home from work/school/prison, planning to stop by your fast food joint of choice for a midday bite. Well you can wave good-diddly-bye to swinging by your local burger bucket when the sun is still up (unless you’re bound to go to hell), and if you think you can get away with ordering fast food in time for Iftar is a simple endeavour, you clearly haven’t been living here long enough; you have to be on a fucking waiting list to be able to book a meal (at home or at the restaurant). So make sure to try and enjoy that stuffed crust before it goes away on business for a month. As you inch your way ever closer to the malicious cacophony that is adulthood, you’ll soon realise that the act of sleeping, more often than not, is miles more important than eating, drinking or even breathing. A solid eight hours to an upstanding adult is much akin to water for a fish. Enter Ramadan’s almost mandatorily messed up sleep cycles; when you’re not being a productive member of society, you sleep from 1 PM to 5 PM, and when you’re done fueling up, you either stay up till two or three AM and then go back to snoozing, only to wake up at like half-past seven or eight for your morning commute to hell. So unless you’re already fucked up in the head, you better enjoy human sleep cycles while they last. If you're like any self-respecting Egyptian employee, you'll likely acknowledge (and encourage) the benefits of taking a week off of your promising data entry career and hightailing it over to any of Egypt's sunny seaside sojourns; a few days in Sexy Sokhna, Gorgeous Gouna or Delightfully (Dank) Dahab can help erase whatever woes your boss expertly manages to instill into your very being. However, achieving that under the influence of Ramadan can be quite the hassle; you're already exhausted from fasting, so self-sufficiency isn't exactly something you want on vacation, and self-sufficiency will be the name of the game. Sunny vaycay spots are pretty much off-season, and unless you enjoy being stranded out in ghost towns, you're not gonna have a chill time. So better make plans for before and/or after Ramadan.

Now if you’ll excuse us, we have a fanoos to go find and a mango-velvet-caviar-konafa- Flambé to book.