The field of AI research has been making advancements in musical applications, and we’ve brought you some of our favourite tools to check out. 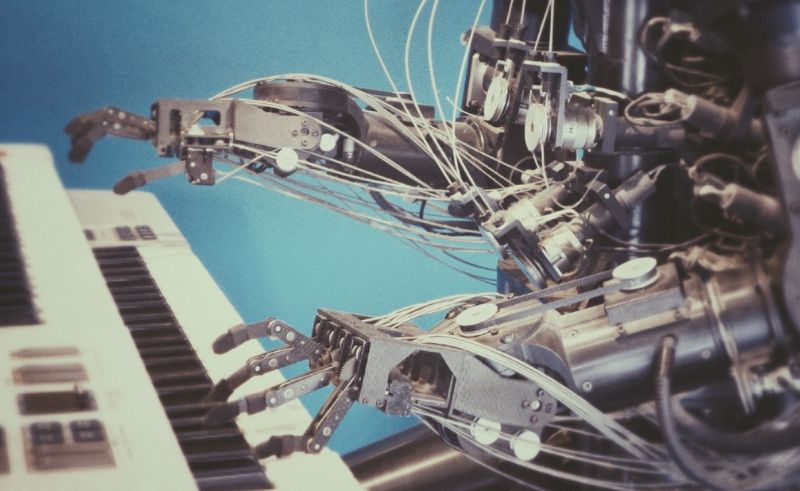 AI-generated art is the hot new controversy these days with one side fawning over it as the next step in the evolution of human expression and the other side declaring that it’s basically plagiarism with extra steps. While visual arts crafted by Artificial Intelligence have grabbed people’s attention and forced them to re-examine what it means to make art, recent developments in AI tech have been making a buzz in other fields: namely, music.

In a medium so defined by the mathematics of metre, where sampling has found its place in many of our most treasured tracks, what does it mean for music when we start letting AI do the dirty work? Ever the slave to curiosity, the team at SceneNoise began to muck about with our search bars to see what the fuss is all about.

What we found was a mix of prompt-to-music applications that take different approaches in their programming, as well as a handful of effects that use AI technology as a creative tool that is meant to be used with the involvement of a human (instead of just literally doing everything itself). Here are five such apps that are worth your attention… 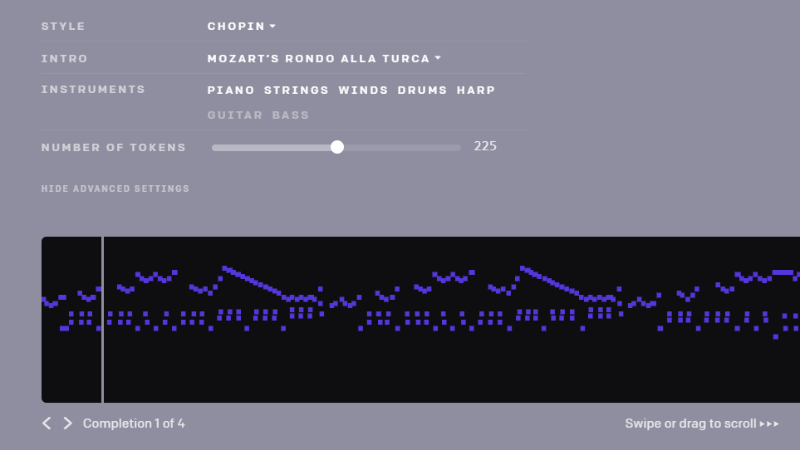 Created by OpenAI, the same lads who made DALL-E, MuseNet is still under development and is unavailable to the public. However, we can hear samples of what their team has cooked up with the software thus far to get a better idea of its potential. The creators hope that with enough development, users will be able to enter a text and get a fully realised track in return generated entirely by the AI. 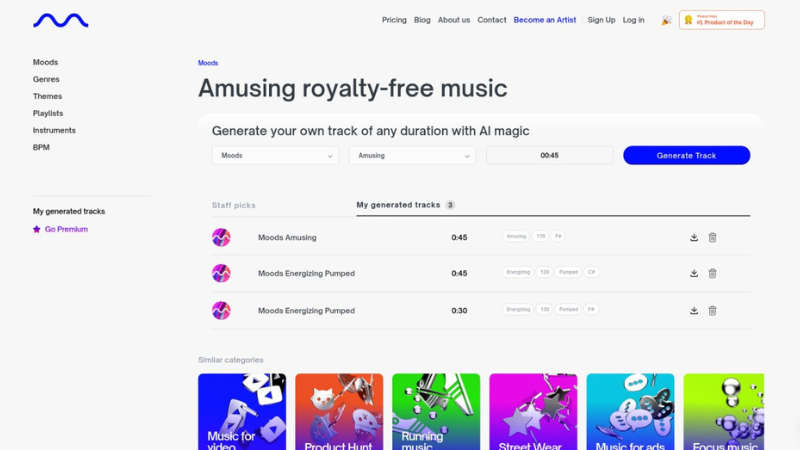 Mubert, along with other web-based music generators, uses professionally recorded samples as their main database, which gives the AI a library of musical ideas to pick from. While this means that it’s not entirely generative like MuseNet, Mubert is better able to create tracks using existing tech. 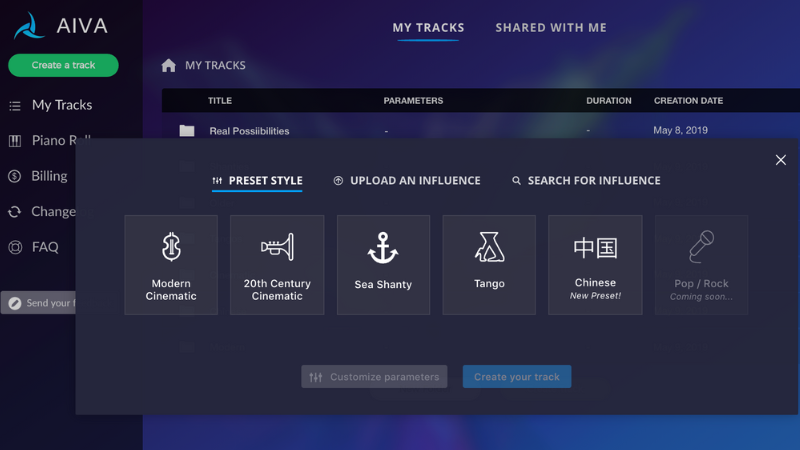 AIVA’s approach to AI generation relies on MIDI clips and DAW workflows, as the program gives you a full session after each prompt. The user can then modify the notes, tones and structure of the AI generated track, making this one of the more flexible tools on the list.

A web-based tool made by Magenta, this program lets the user browse through pre-set drum sequences, blending between them over time to create complex and evolving rhythms. The simple interface makes this software extremely easy and fun to use, and is a great tool for coming up with drum ideas. 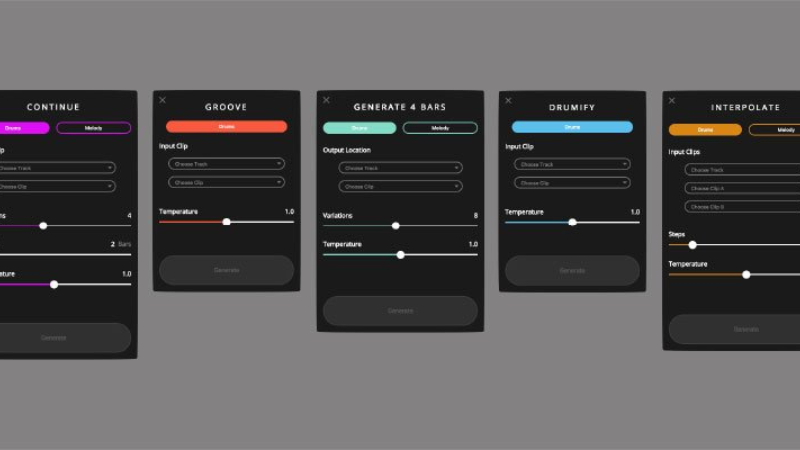 Part of Magenta’s Ableton MIDI effect pack ‘Magenta Studio’, this effect will take a user-generated melody, and magically complete it for you, taking it in unexpected directions at times. This software is best used as a starting point, with the user editing whatever melodies the AI comes up with.