After recently announcing a new album is in the works, Adonis released their first experimentation piece. 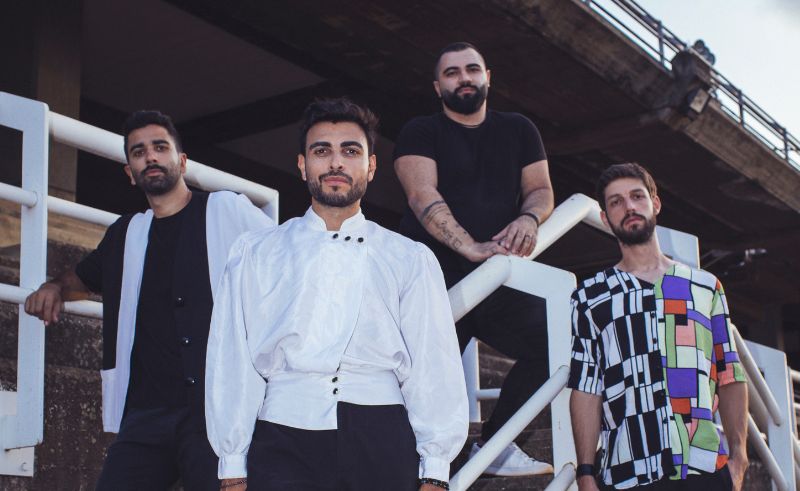 Adonis became infamous for their long hiatuses; dissipating after their releases, but they make up for it by performing ever so often, so their fans don’t really notice their disappearance. The Lebanese indie four-piece have been at it for more than 10 years now, having performed in some of the region’s vital venues such as the Amman Roman Amphitheater, the Beirut Holidays Festival and Dubai’s Step Music Festival.

The Lebanese indie-rock band have recently announced an upcoming album in the works, kicking things off with their latest single ‘Bass Bi Hal’, an electro-indie fusion with major RnB influences, setting up the sound direction to be expected from the album.

Adonis shifts away from their usual alternative/rock sound, experimenting with new sonics in this latest outing. Instead we get a deep-house/RnB kind of fusion, extremely divergent from their expected direction. ‘Bass Bi Hal’ translates to ‘just in case’, an ode to heartbreak, sending a message to a loved one by jolting their memory about their love, reassuring and reminding them that they’ll be supporting and appreciating them “just in case” anything happens between them.

Making the use of a four-on-the-floor drum-programming, Adonis’s experimentation is looking more like a retro-funk production than their usual musical aesthetic. They keep it mellow to match the lyrical direction; the airy pads and simplistic guitar riff keeps the focus on the vocals so the message and meaning are received smoothly across listeners.